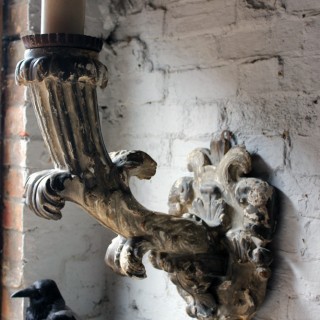 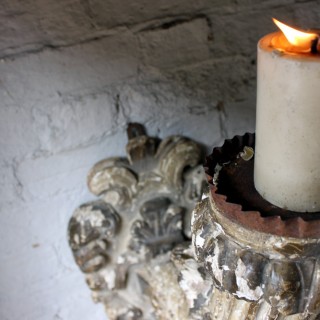 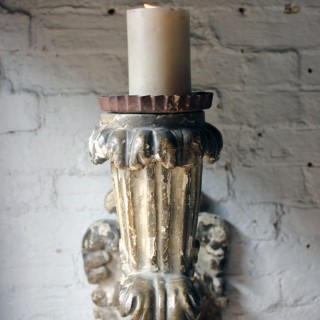 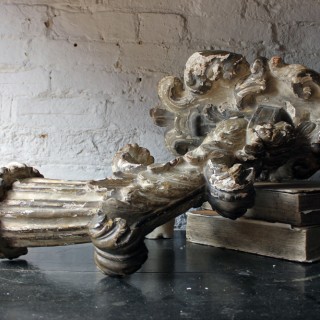 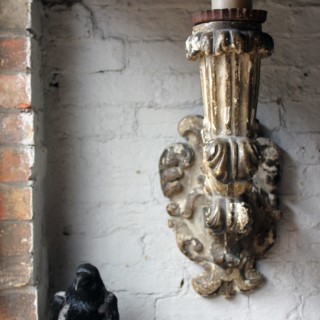 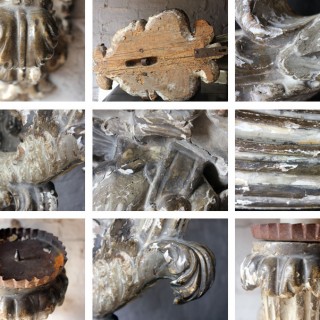 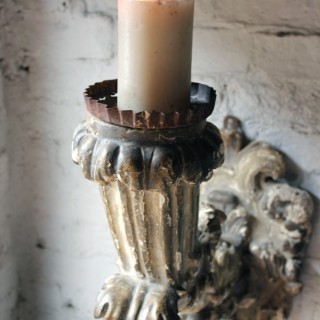 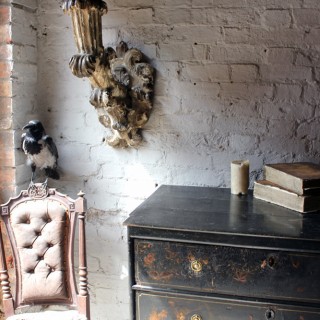 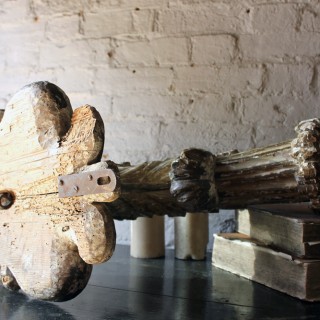 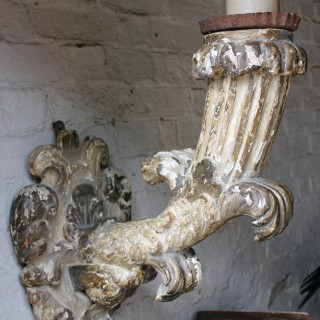 The large and chunky polychrome painted and gilded pricket sconce formed of ancanthus leaves and scrolls, the fluted whole mounted on a conforming shield shaped base, the whole terminating in a shaped metal iron pricket and drip pan surviving from the zeniths of eighteenth century Italy.

Remaining in fair to good overall condition considering its considerable age, the wall light does have some hairline cracks and areas of loss to the paintwork making it decorative. The original paint is beautifully aged and the patina is well established. The torchère could of course be wired up and used to modern day standards or left as is for use with candles as intended, and there is a metal bracket for wall mounting. There is some old worm to the reverse. Structurally she is sound and ready for use.

When it was first introduced in France towards the end of the 17th century the torchiere mounted one candle only, and when the number was doubled or tripled the improvement was regarded almost as a revolution in the illumination of large rooms.

Very much encapsulates the romantic chateau and the spiral staircase.