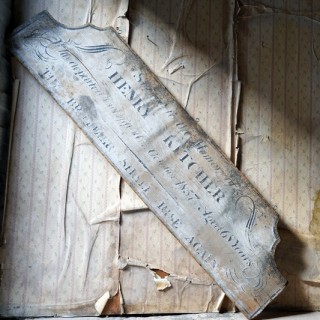 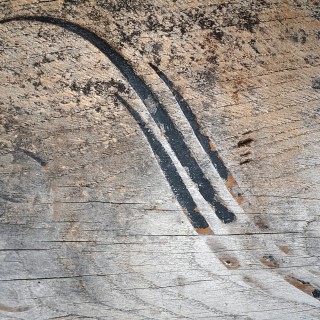 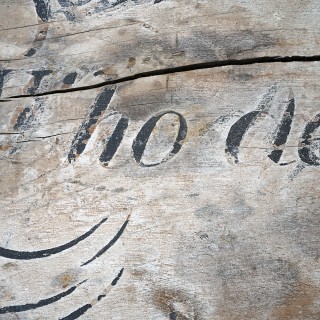 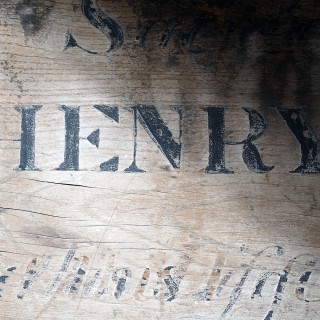 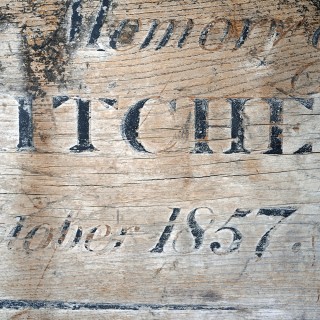 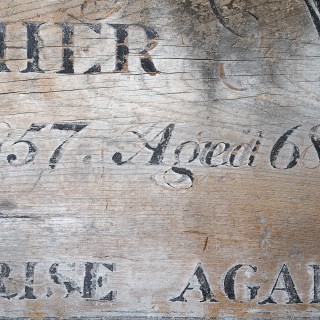 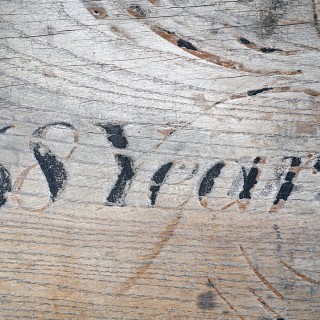 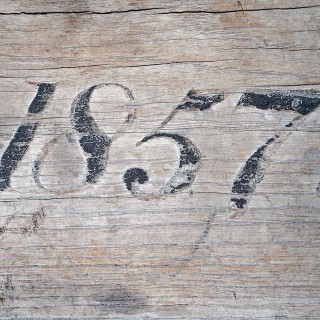 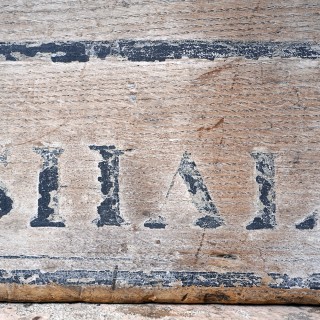 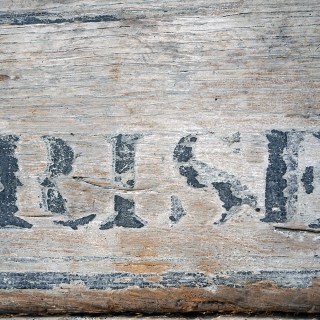 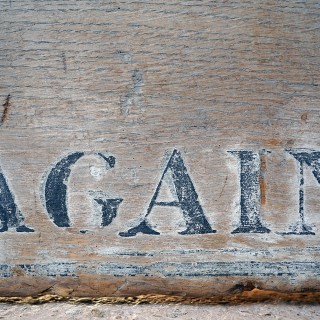 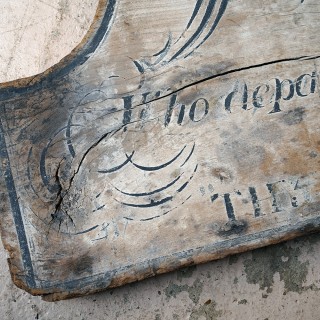 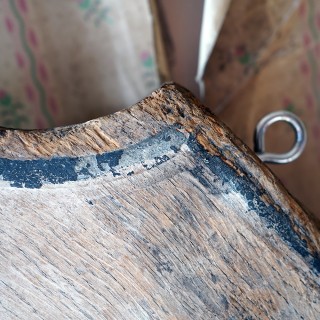 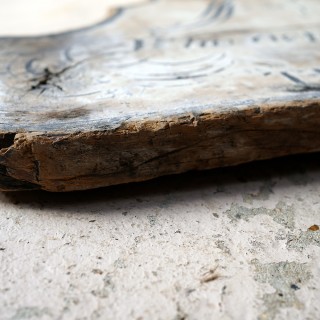 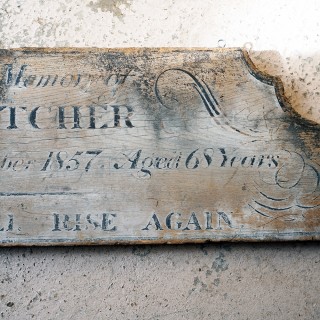 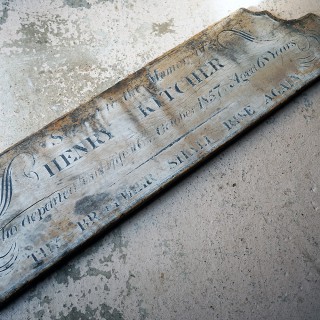 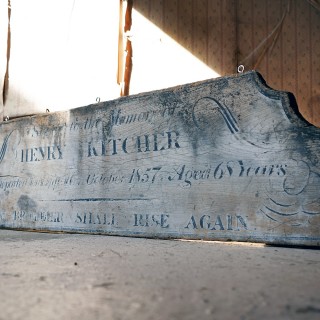 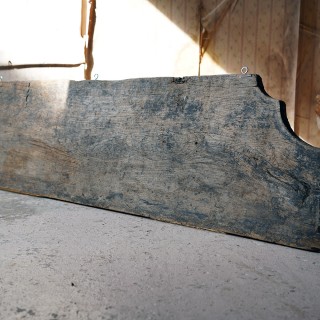 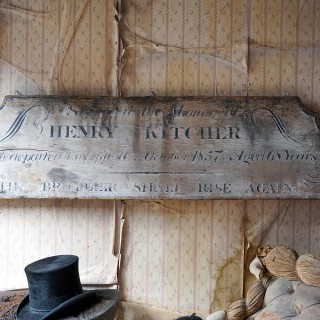 The large and beautifully sign-written dry oak memorial, at well over five feet long, having black hand-painted script with line decorated border reading ‘Sacred to the memory of Henry Kitcher, departed this life, 16th October, 1857, aged 68 years, this brother shall rise again’, the whole surviving from the early Victorian period in original condition.

This heavy and thick memorial was possibly an overdoor which is usually architectural in form, or it may have been part of a larger memorial composition, perhaps in the families private chapel for instance.

A hugely decorative piece with an obvious gravitas and one that must be preserved and looked upon ad infinitum.

Considering the age of the piece it is in very good order with no restoration or loss. The English rough sewn oak is thick and heavy with a beautifully dry and pale limed-like patina and would have been costly at the time. We have added three mounting loops for wall mounting.