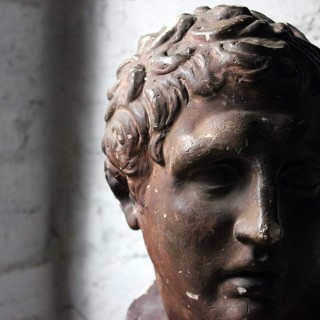 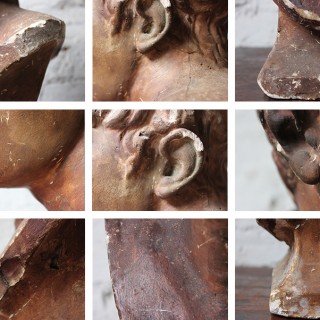 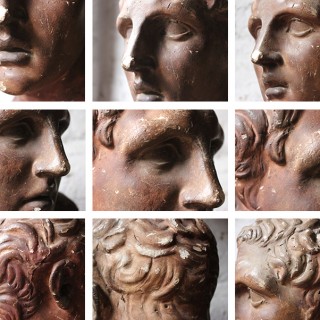 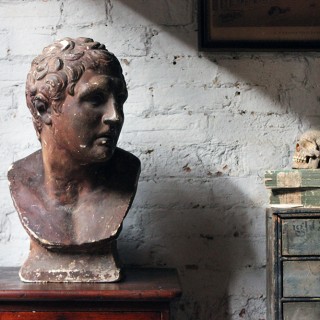 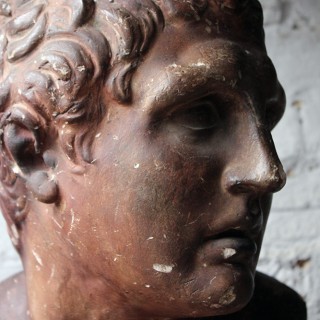 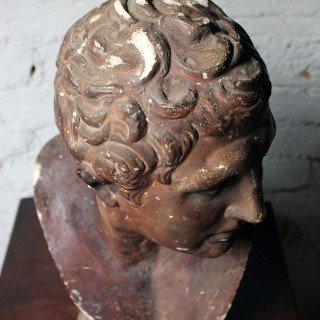 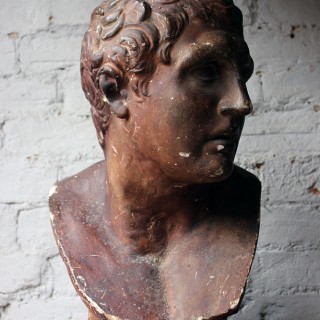 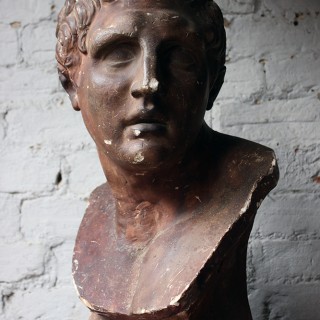 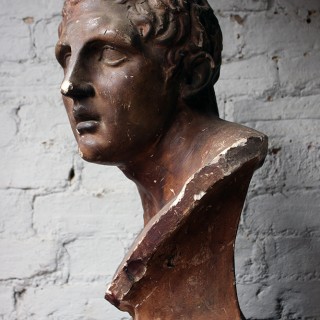 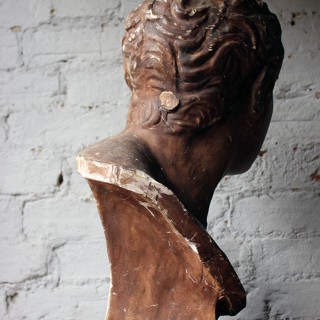 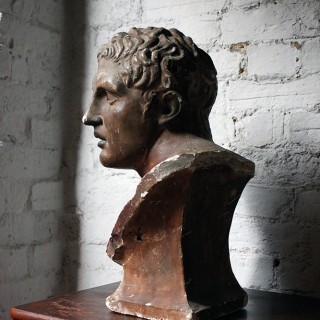 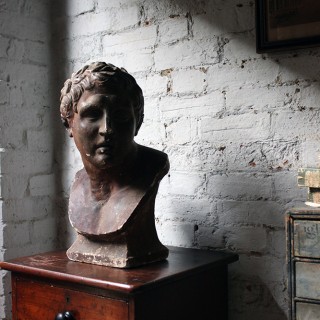 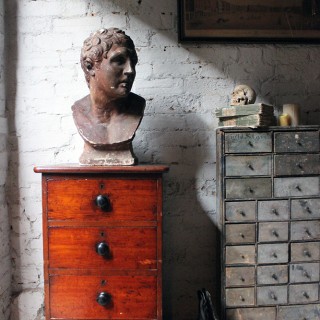 After the antique, the large bronze brown stained composition plaster bust of a young man/Hermes with his head turning sharply to sinister deriving from the statue of Hermes fastening his sandal c.320 BCE, the bust surviving in original condition from the late nineteenth century.

Hermes Fastening his Sandal c. 320 BCE by School of Lysippos (4th century B.C.), Louvre, Paris is a Roman statue of a resting athlete, paying homage to a lost Greek bronze original. Replicated by many famed sculptors through the ages and said to represent various gods from Jason to Mercury to Hermes although this classical sculpture has none of the god’s attributes. Found in 1769 at Hadrian’s Villa at Tivoli near Rome, it is sometimes referred to as the Lansdowne Sandal Binder after the English aristocrat who owned it in the eighteenth century.

A very decorative bust of impressive proportions and a heroic head in the canon of antiquity if ever there was one.

The condition of the bust is decorative throughout without huge losses. There are no signs of restoration so he remains in nice un-meddled with order with some pitting and chipping to the extremities including the hair, nose, lips and corners of the base with a host of other slight blemishes all in keeping for good character. The brown staining (probably used to simulate bronze) is original to the piece and has a very nice established patination the whole. It doesn’t appear to be marked or signed.