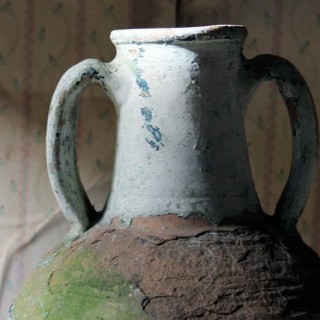 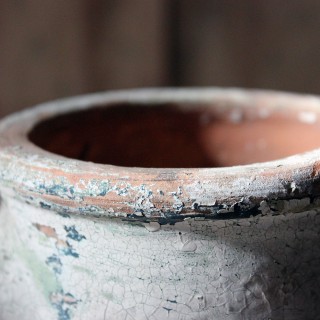 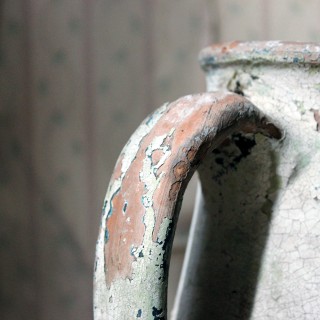 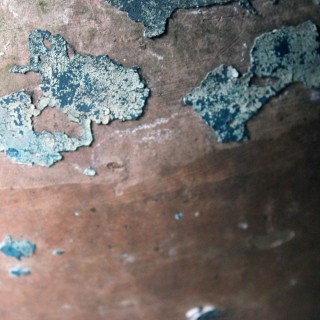 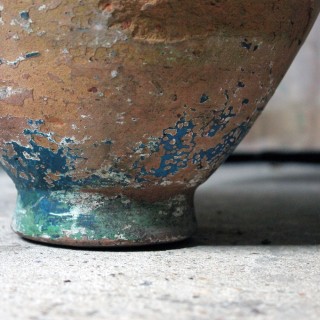 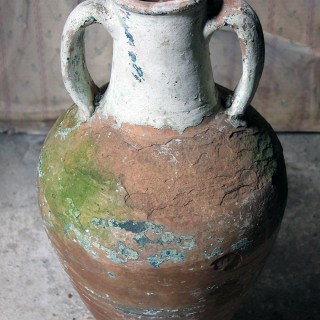 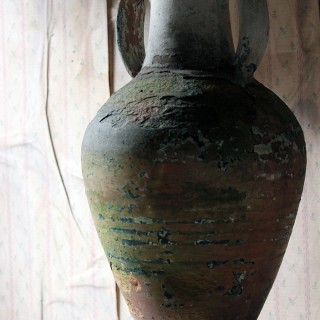 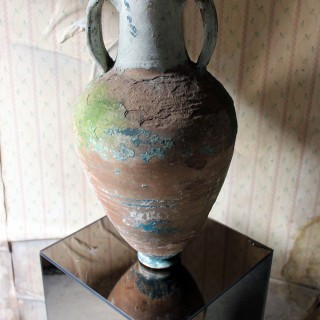 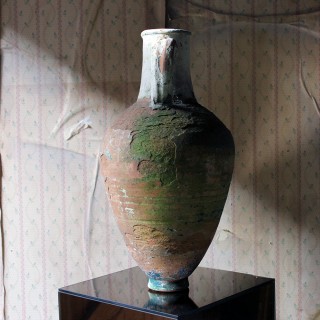 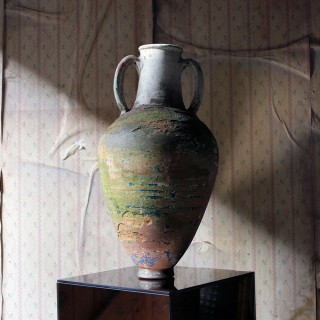 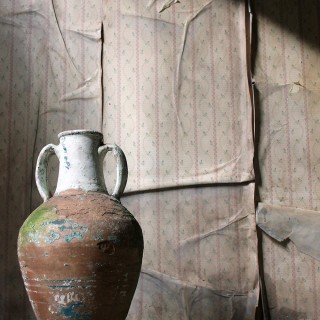 The classically shaped amphora having an elongated conical body tapering to a peg toe, hollowed; rounded shoulder merging with the narrow neck; biconical rim moulding, the handles showing a craquelure of old white paint, the main body with a good patina and remains of a glaze and turquoise blue and green incised and painted decoration, the whole surviving from the early twentieth century.

Roman amphorae were used for many purposes, particularly for storage purposes. They varied considerably in size from small to over a metre high. They would be sealed in various ways, with a stopper and cloth and sometimes the stopper would be sealed with the merchants or owners seal. In some periods the shape was also used for luxury pottery, which might be elaborately painted – as this one was. Stoppers of perishable materials, which have rarely survived, were used to seal the contents. Most were produced with a pointed base, like this one, to allow upright storage by being partly embedded in sand or soft ground. This also facilitated transport by ship, whereby the amphorae were tightly packed together with ropes passed through their handles to prevent breaking or toppling during rough seas. This example was probably used for olive oil.

A very good looking piece whether it stands in or out.

Intact, the amphora is in lovely decorative condition with no cracks or repairs and a healthy patina where the paint and glaze has been worn throughout the years. It once would have been a colourful white and turquoise to the whole. It stands well enough but if placing in a area where there are children or pets it would need securing as the base is small, typical of the type.