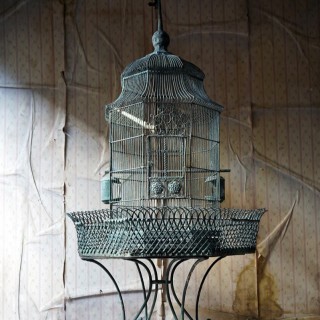 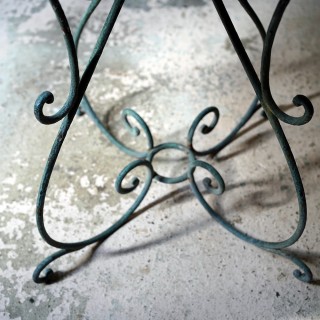 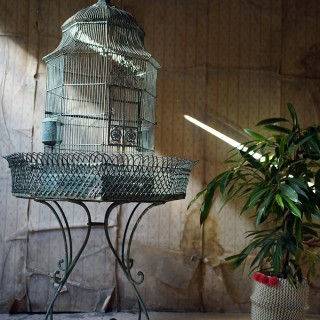 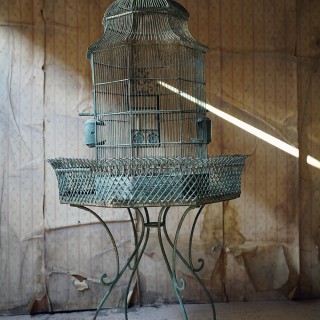 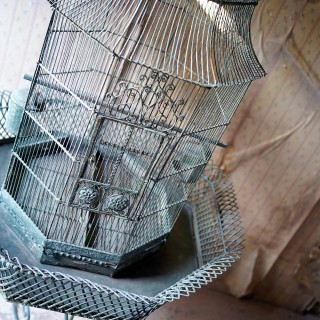 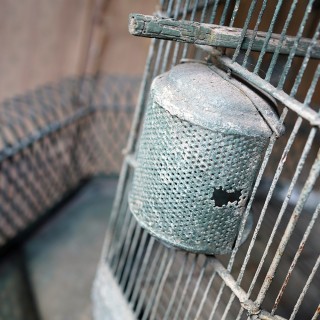 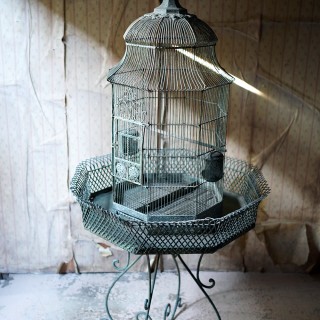 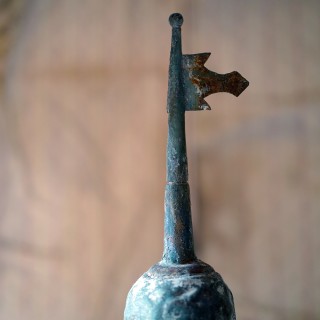 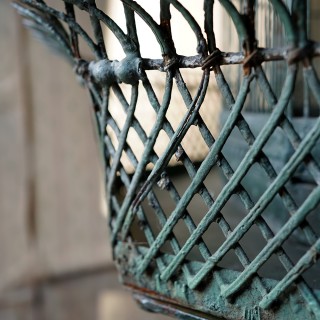 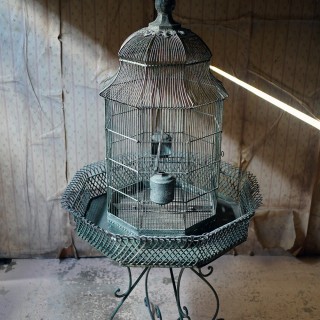 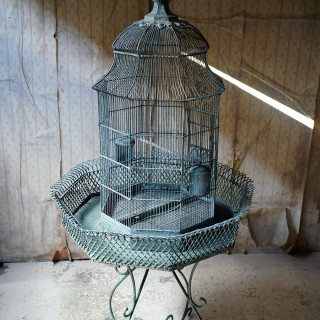 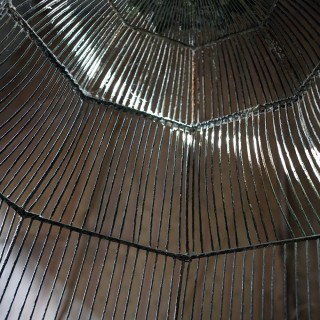 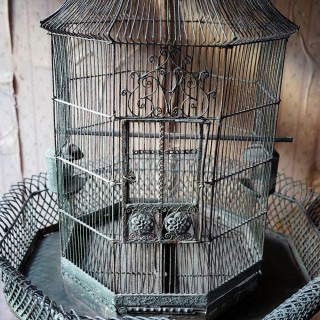 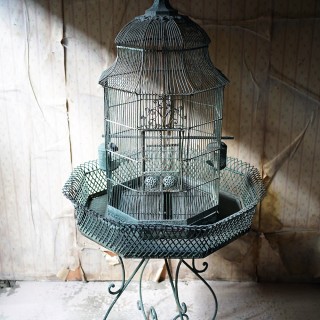 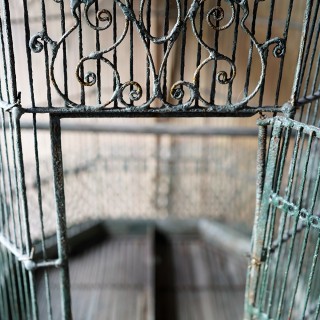 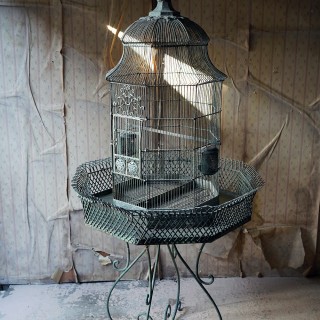 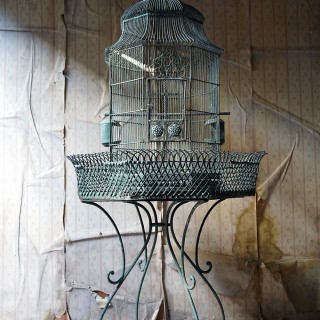 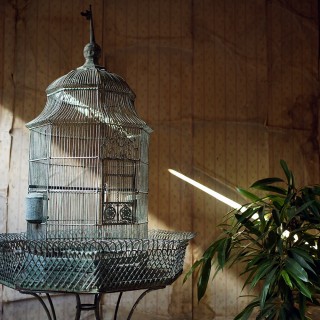 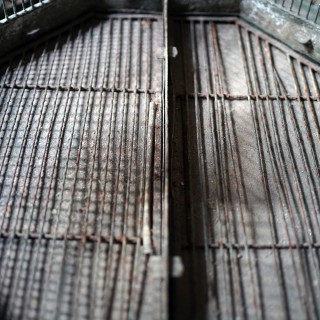 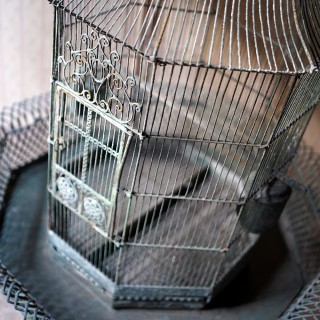 The large turquoise painted bent iron, zinc and mesh chateau birdcage, in three pieces to include a two-piece stand, the cage of hexagonal pagoda form and surmounted by a flag finial, with one sprung loaded and decorated latched door to two feeders, the cage on a hexagonal base to four scrolled feet, the whole surviving from early twentieth century France.

Birdcages such as this were often built to represent monumental buildings, such as the Taj Mahal, the Eiffel Tower or a Georgian mansion. At one point, parrots were only housed in these fanciful cages to roost. Ornamented and structurally lavish cages became popular among the noble classes in Europe around the 14th century. Experts and collectors agree that of these early cages, the most talented artisans were the French and the Dutch. In France, a guild of cage makers was licensed and chartered by royalty to fabricate cages generally made of iron or brass wire. These guilds of artisans made cages specifically for male and female songbirds. At the same time, in other areas of the world, cages were being built out of bamboo, wicker, wood, rattan and reed.

A hugely decorative statement centre piece and perfect for a conservatory or orangery.

In good original condition, the cage has no replacement parts nor has it been restored or re-painted in any way. It is pleasingly worn with layers of flaking and lost paint. There is some small loss to the feeders as photographed.