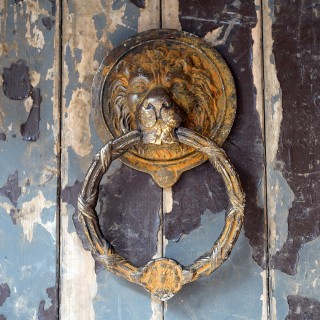 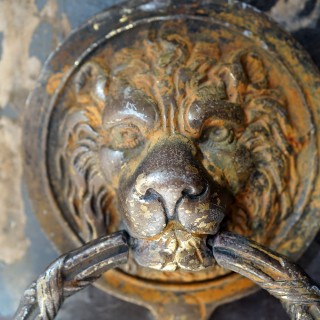 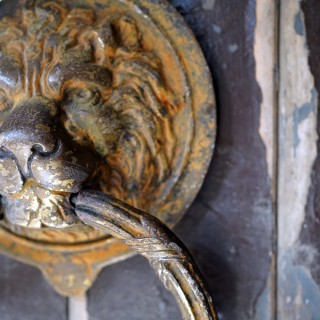 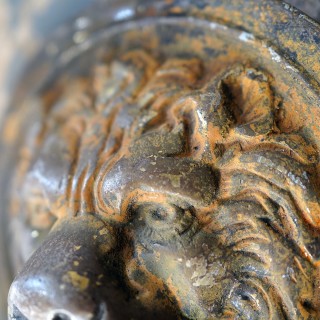 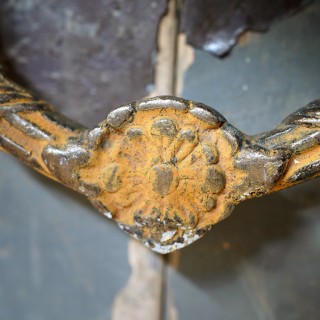 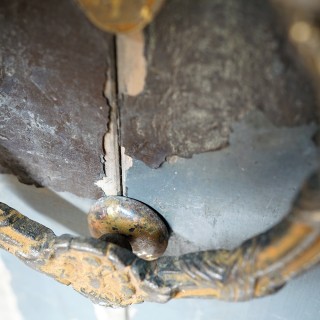 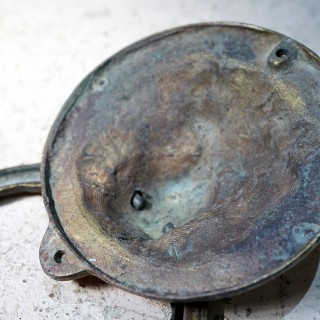 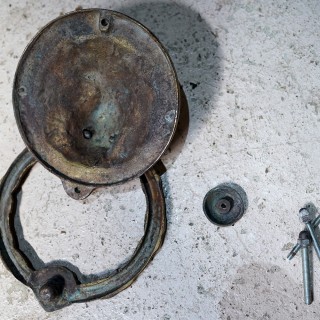 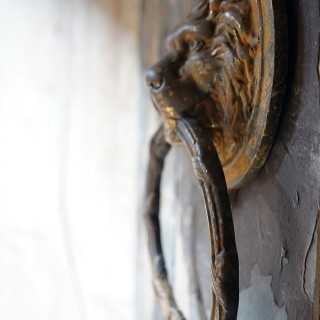 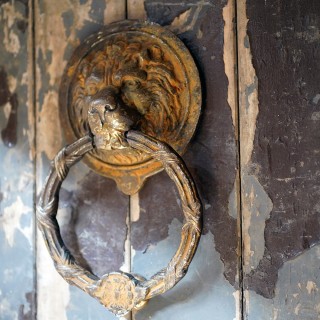 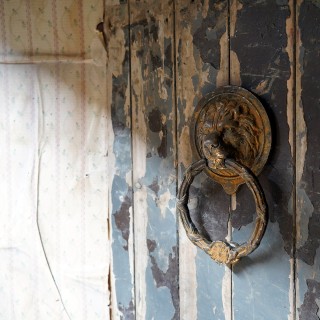 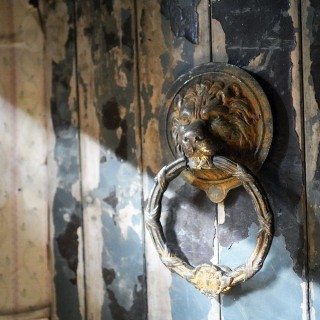 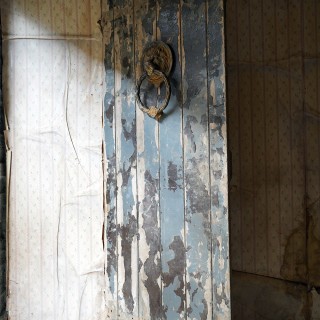 Well cast in brass, this substantial and weighty door knocker very much in the high Georgian style provides a wonderful greeting to visitors, with a heavy and satisfying knock and is wonderfully tactile, having a large lions mask to a wreathed border and striking plate, the whole of large proportions.

Doorknockers have been in use since their invention, early in world history, although they were most freely used during the Romanesque, the Gothic, and the Renaissance periods. England is the seat of most of the traditional knockers and wandering the narrow of London, one finds many historic specimens replaced by sterilised, plain and modern affairs. Some have, because of their owners’ little regard for their value, been relegated to ash heaps and thrown away.

An example like this can be found online elsewhere new at £576 though without this lovely Verdigris finish.

A hugely imposing and magnificent knocker.

Now with a well-worn lustre, it remains in perfect order. There are three screws provided for fixing the knocker to a door.