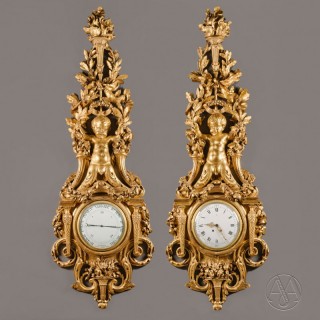 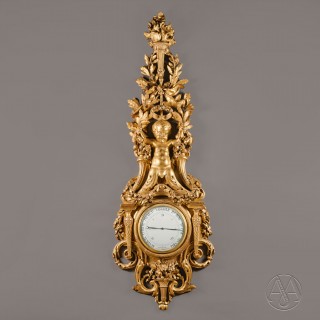 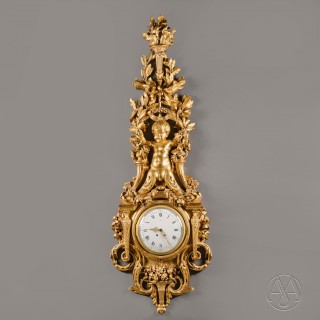 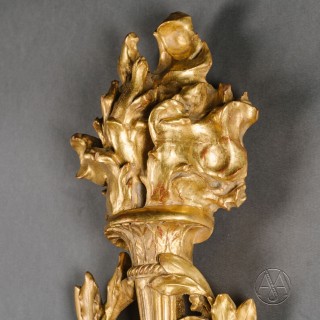 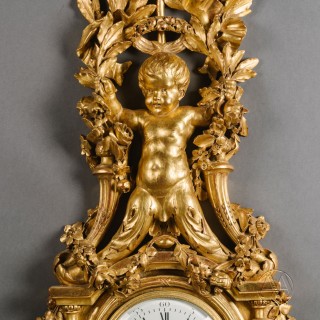 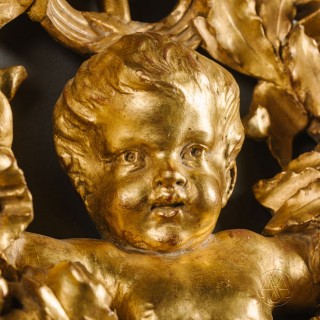 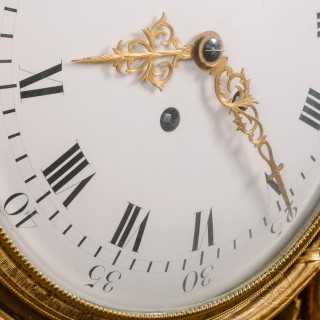 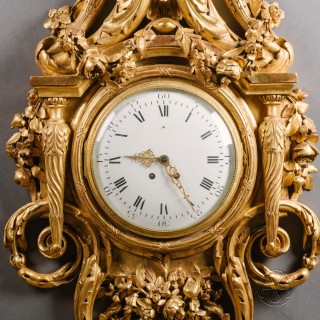 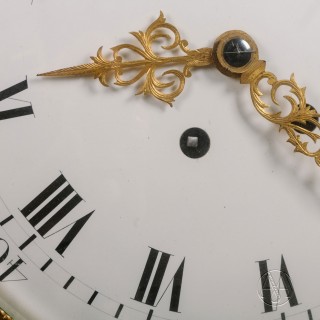 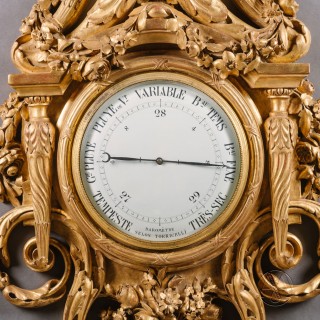 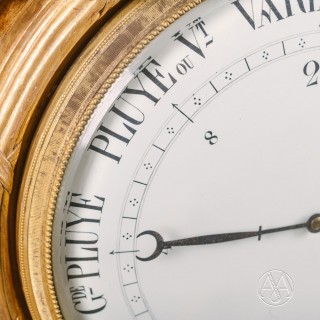 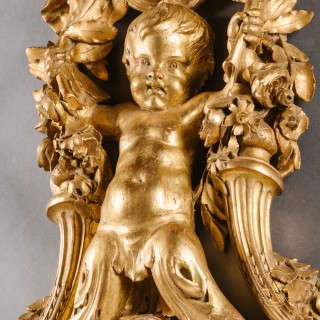 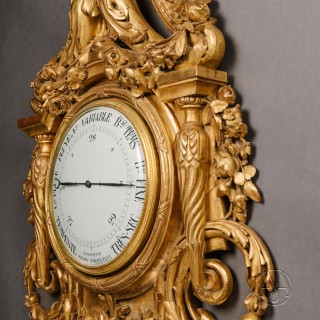 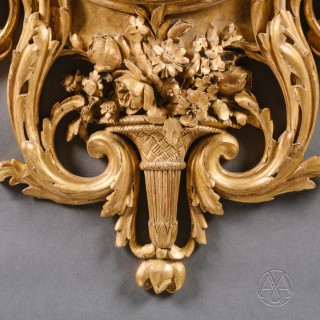 Each with circular enamel dials, the clock with Roman and Arabic numerals and pierced scrolled hands. The companion barometer with indications for the weather and inscribed ‘BAROMÈTRE / SELON TORRICELLI’.

The striking cases with their central putto figures are inspired by several eighteenth-century designs, perhaps most closely an engraving by Jean-François Forty in his ‘Oeuvres de Sculpture en Bronze’, 1780. Examples of the designs were understood to never have been executed in the eighteenth century, however almost certainly influenced those in nineteenth as the volume later became a part of the collection of the renowned bronzier Denière.