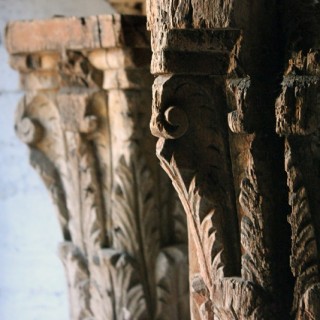 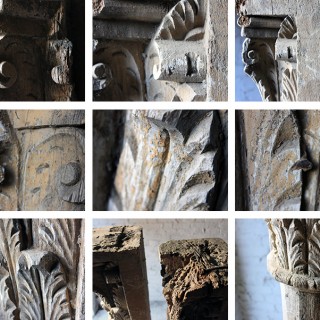 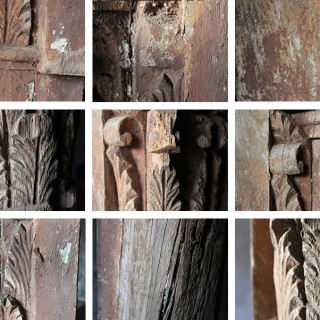 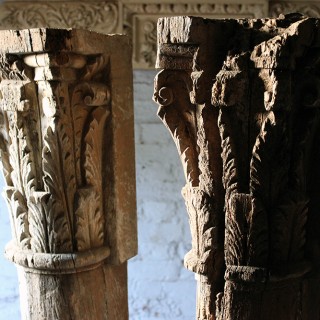 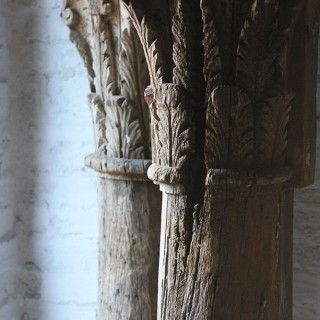 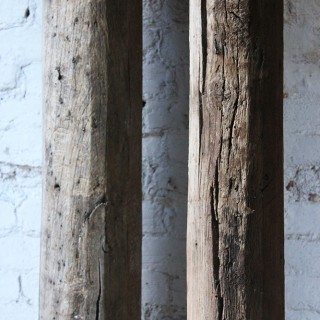 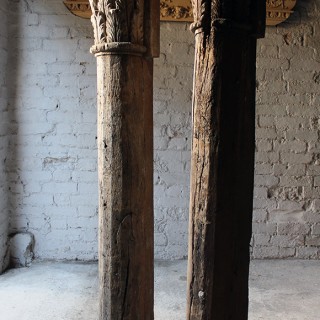 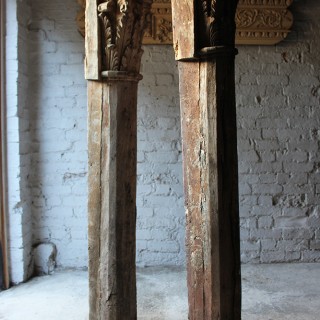 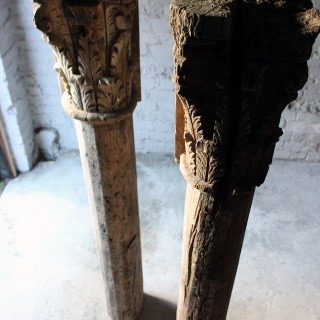 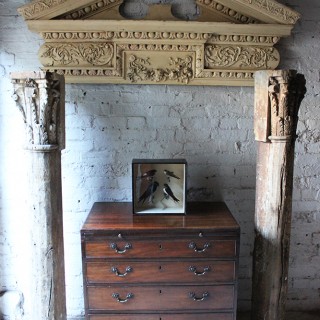 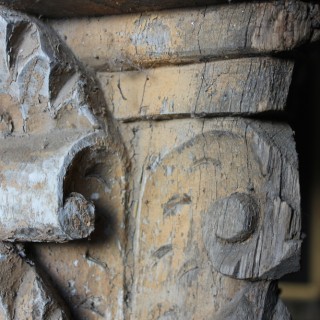 The decorative and beautifully aged carved English solid oak columns or pilasters of half round form with flat squared off reverses, the rounds chamfered, both topped by a rather primitively carved acanthus leaf capital with ring turned collars, in untouched condition with remnants of painted decoration to each, probably hailing from the early eighteenth century.

The lengths of the columns suggest they are originally from a door surround, being two opposing columns to each side of the doorway to act as supports. The rears are squared off suggesting they were integral to the doorway. There is something of the nautical, of the galleon, to them but we couldn’t appropriate this with certainty.

The three dimensional composition of the pilasters suggests they were for structural use and not just for decoration or wall panelling. Pilasters themselves have a numerous deign benefits. Strong vertical lines of the pilasters adding stately look to the interior as well making the room appear higher. Projecting face and structural appearance of the pilasters add extra layer of architectural details to the room. The old paint to both of these columns is pleasing and gives them a hugely decorative appearance. One of the columns has a more blonde finish, the other, more rose tinted.

Rather hard to date precisely, these are intriguing and attractive architectural elements that can now be used in any number of ways.

The overall condition of the pilasters is relatively good considering their substantial age with the oak taking on the beautifully dry patination that one finds on oak of this age with traces of possible painted decoration to each. There are shrinkage cracks to each with one to the center of one of the columns. There is also some amount of worm to the very tops of each, which is old and dead. They have both been squared off at the bases so they stand steadily without aid. There are a few very old period nails in different places to the rears and tops to each which have been flattened for safety.