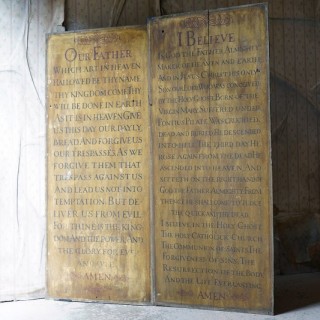 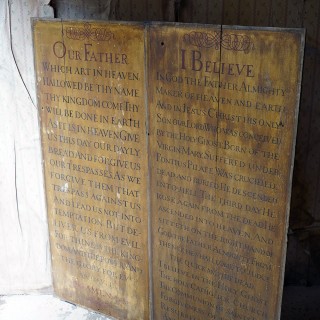 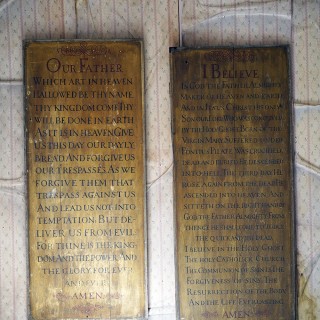 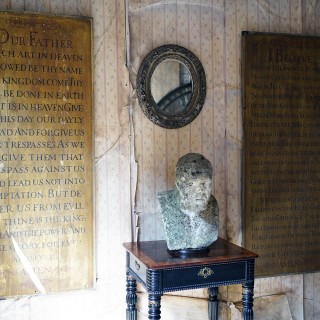 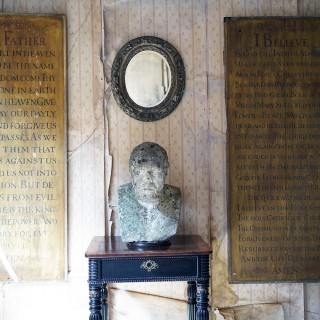 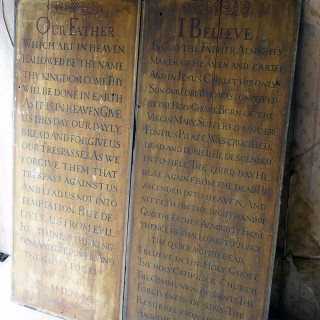 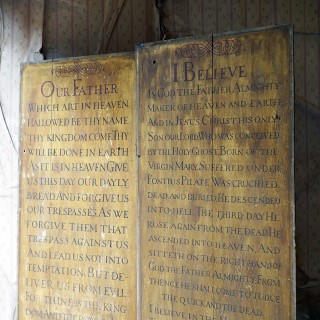 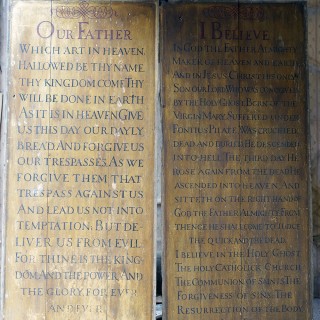 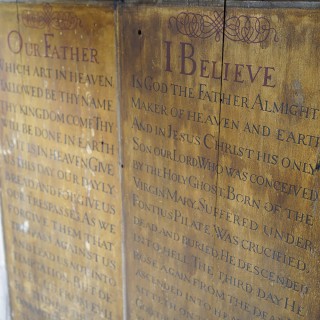 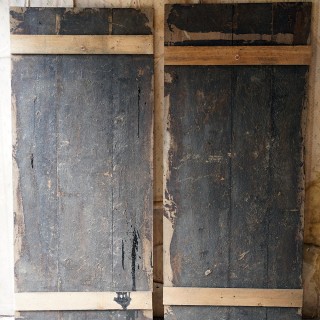 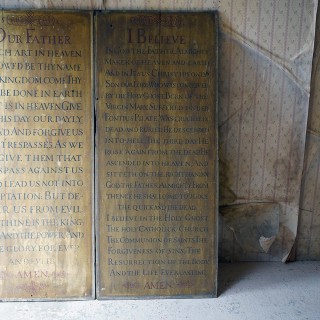 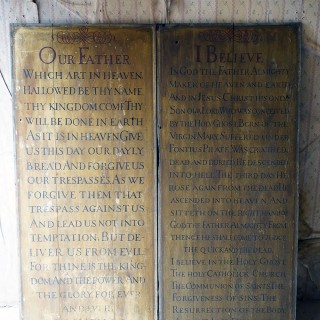 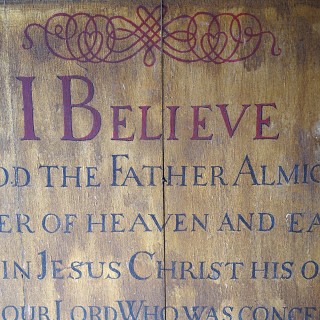 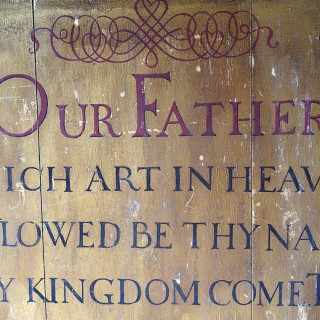 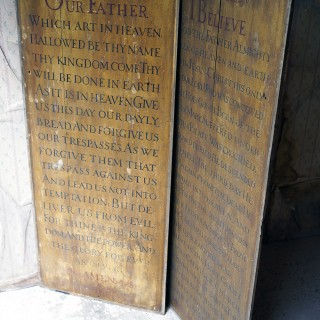 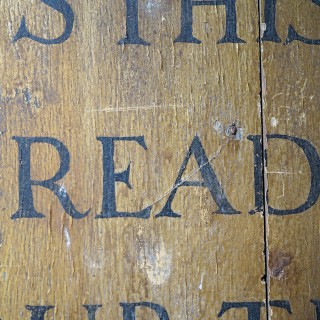 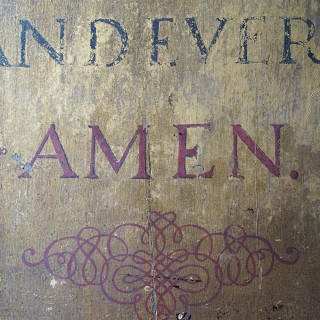 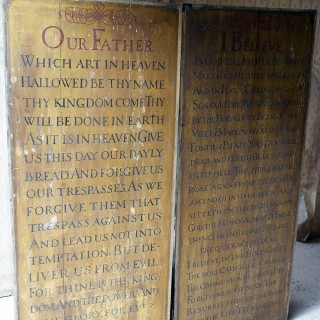 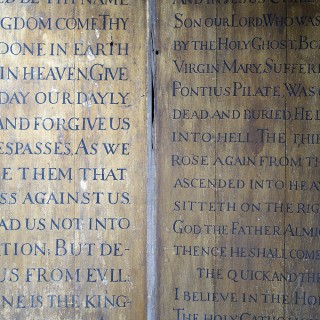 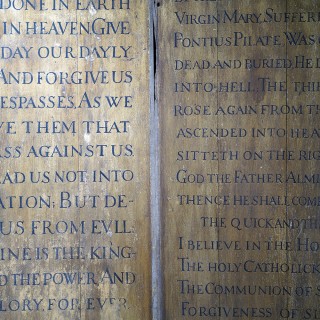 In entirely original condition, the unique prayer boards, one for The Lord’s Prayer and the other for The Apostles Creed, each being over four feet high and hand signwritten in black script to a gold ground and with red headings and scroll detailing, each being made up of three cojoined planks, and surviving from the first half of the nineteenth century and from St Mary’s Church, Bishopsbourne, Canterbury, UK.

The Apostles’ Creed, sometimes titled the Apostolic Creed or the Symbol of the Apostles is a Christian creed or “symbol of faith”. It most likely originates in 5th-century Gaul, as a development of the Old Roman Symbol, the old Latin creed of the 4th century. The Lord’s Prayer, also called the Our Father, is a central Christian prayer which, according to the New Testament, Jesus taught as the way to pray: Pray then in this way.

Situated at one end of the ‘The Street’, St Mary’s Church is situated five miles south of Canterbury in the Elham Valley. The church has recently been undergoing renovation work, which has seen a complete re-decoration inside, including restoration of the mediaeval stained glass. Highlights include the remains of early 14th Century wall paintings on the upper arcading of the Nave, showing a variety of saints and Christ in majesty and a considerable amount of mediaeval glass, mostly reconstructed and recorded by the Courtauld Institute. Other walls around the altar are covered in mosaic tiles, many of gold, by or in the style of William Morris, and depicting natural shapes, leaves and grapes.

These verses would have been looked upon by many a church-goer for many a year and this is a very rare opportunity to be able to own them privately. Hugely desirable in every sense.

The wholes are in good un-meddled condition, with the signwriting being beautifully worn. They have had some ply boards added to their reverses to strengthen them.