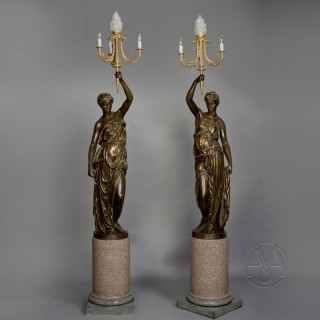 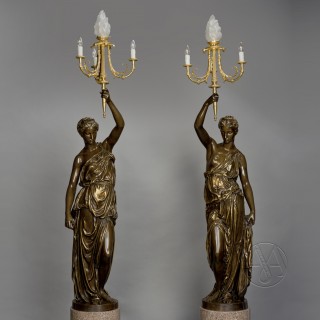 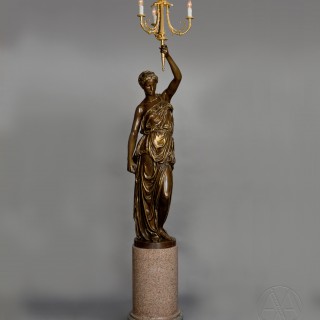 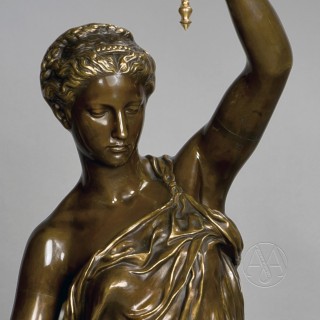 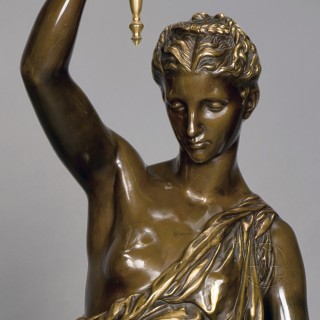 A Magnificent and Large Pair of Gilt and Patinated Bronze Figural Candelabra, Cast by Ferdinand Barbedienne after the Models by Alexandre Falguière and Paul Dubois, Raised on Rose Granite Bases.

Barbedienne illustrates a drawing of this pair of torcheres on page 63 of his 1886 catalogue ‘Bronzes D’ Art’. He lists them under the heading ‘Deux Femmes Debout’ and describes them as ‘Porte-Lumières, style Renaissance’ also indicating that they were modelled by Paul Dubois and Falguière.

This model of candelabra was exhibited by Barbedienne at the 1867 Exposition Universelle and subsequently installed at the Château de Compiègne as part of the refurbishment undertaken by Napoléon III and Empress Eugénie.