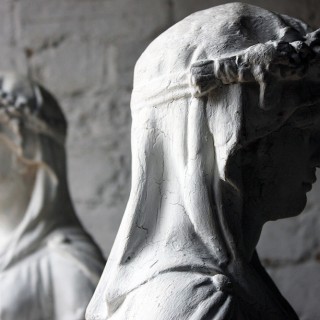 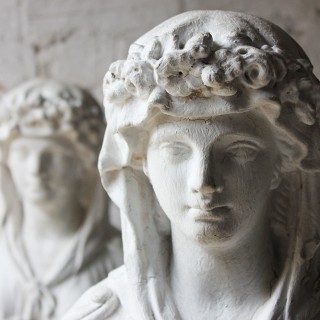 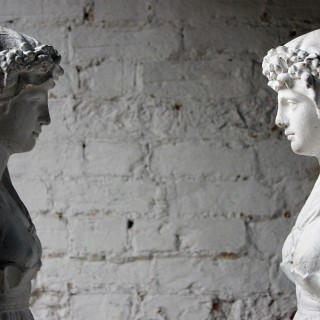 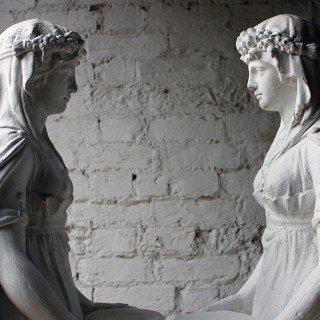 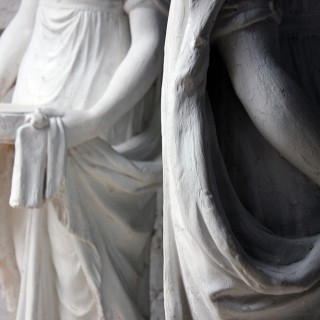 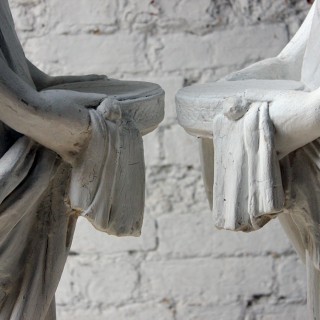 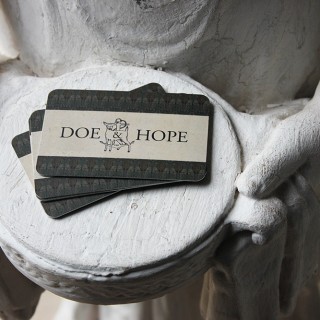 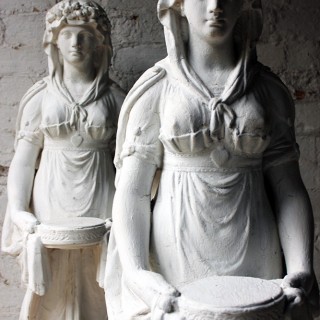 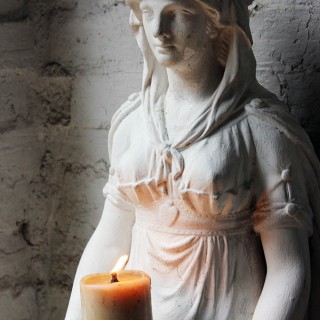 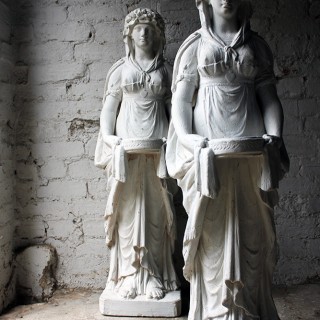 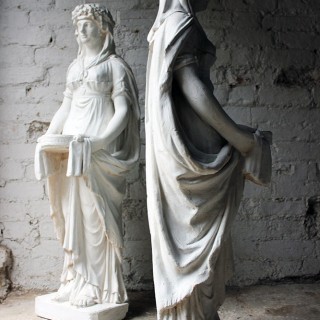 The well cast and rendered plaster figures each modelled as a standing maiden with floral garland and flowing robes on canted corner bases, once used as either light fittings or water features in the interior of the Savoy hotel London, by repute, having the remains of piping to the innards and surviving from the first half of the twentieth century.

The figures are in pretty sound order. They may have been repainted. Repair to the nose of one of the figures, otherwise generally ok but with cracking to paint surface and wear and tear commensurate with age.

These figures were removed from The Savoy Hotel during a re-fit by repute and the construction of the figures ties in with this information. Further research could be carried out and the figures certainly had a specific use either as lighting or water features. The bases show the rubber tubing running up towards the platters that the maidens are holding and there are rectangular recesses to the backs of each figure possibly for bulbs. They could quite happily be reverted to lamps or fountains with some research or left as is as stands.

The Savoy Hotel is a luxury hotel located in the Strand in the City of Westminster in central London, England. Built by the impresario Richard D’Oyly Carte with profits from his Gilbert and Sullivan opera productions, it opened on 6 August 1889. It was the first in the Savoy group of hotels and restaurants owned by Carte’s family for over a century. The Savoy was the first luxury hotel in Britain, introducing electric lights throughout the building, electric lifts, bathrooms in most of the lavishly furnished rooms, constant hot and cold running water and many other innovations. Famous guests have included Edward VII, Enrico Caruso, Charlie Chaplin, Harry Truman, Joan Crawford, Judy Garland, Babe Ruth, Laurence Olivier, Marilyn Monroe, John Wayne, Humphrey Bogart, Elizabeth Taylor, Barbra Streisand, Bob Dylan, Bette Midler, The Beatles and many others. Winston Churchill often took his cabinet to lunch at the hotel.

The framing of a doorway has never been easier; great with candles or business cards, for instance.