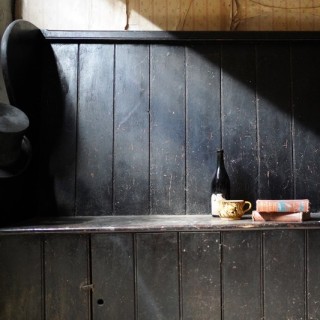 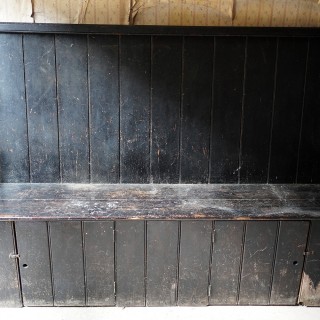 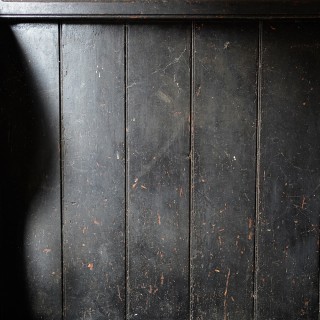 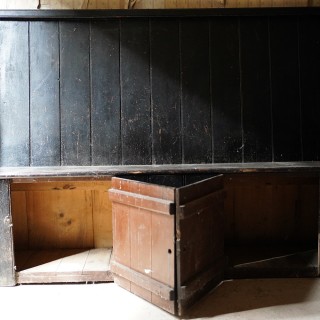 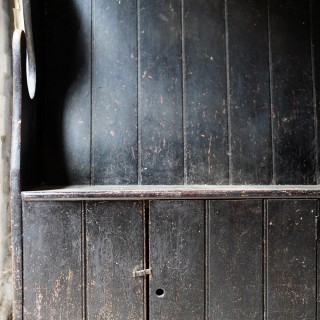 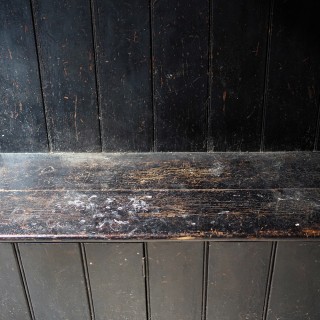 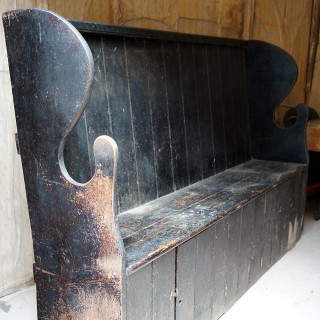 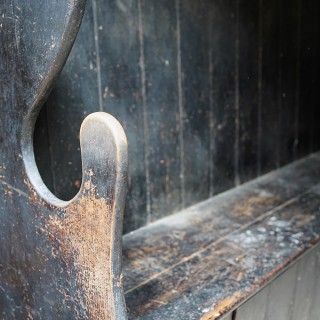 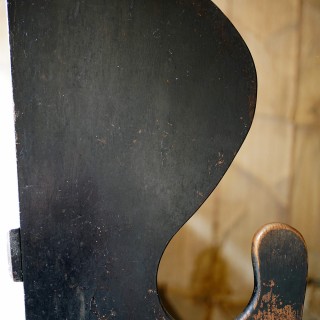 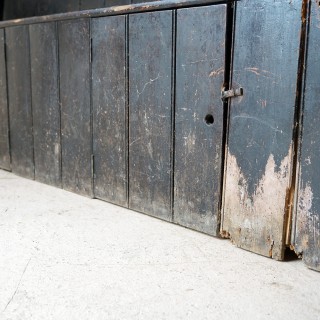 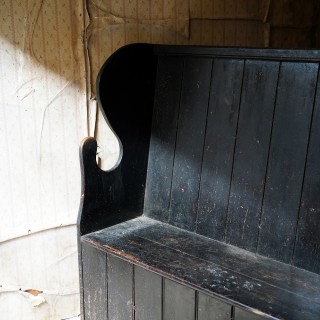 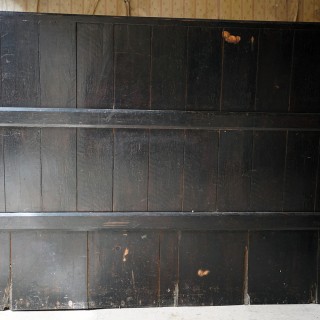 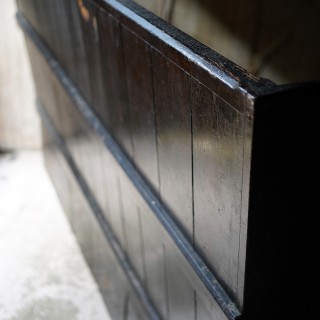 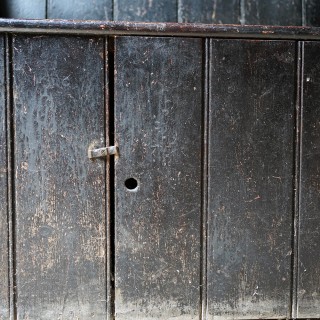 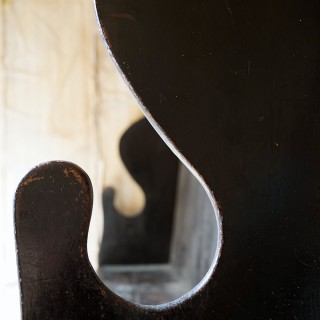 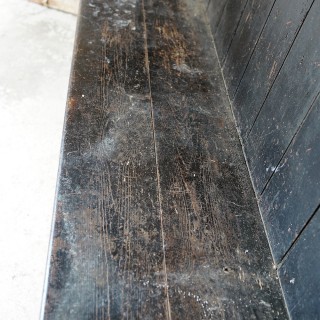 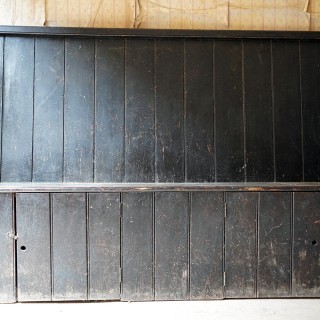 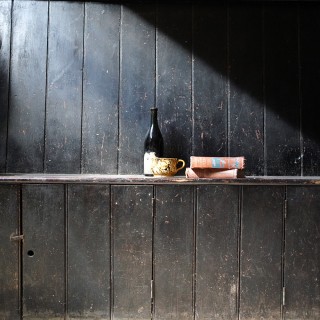 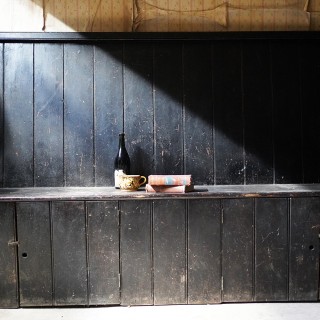 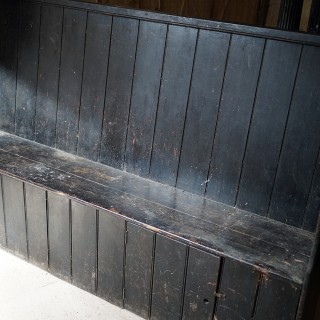 The textured black painted oak carcass, of good size at seven feet wide, showing the wonderful original paint worn thoroughly and consistently with age, being of boarded construction, with a plank back and seat, over a pair of cupboard doors opening to reveal a useful storage area, the whole surviving from the last quarter of nineteenth century Britain, and possibly Wales.

The rustic and provincially made carcass has a wonderful patina, with a host of character commensurate with its age and heavy use. There is a very small amount of old worm to the very lower ends of the flanks. It remains very sturdy and ready to use, being pleasingly heavy as fashioned in English oak. The very bottom edges all have small losses.

Settles are commonly movable, but occasionally fixed. The settle shares with the chest and the chair the distinction of great antiquity. Its high back was a protection from the draughts of medieval buildings, protection which was sometimes increased by the addition of winged ends or a wooden canopy. It was most frequently placed near the fire in the common sitting-room. According to historian Claudia Kinmonth, in early furniture inventories the use of the terms bench and settle were interchangeable, but that generally a settle was understood to have arms.

Constructed of oak or other hardwood, it was extremely heavy, solid, and durable. Few English examples of earlier date than the middle of the 16th century are extant; survivals from the Jacobean period are more numerous. Settles of the more expensive type were often elaborately carved or incised; others were divided into plain panels. They were commonly used in farmhouse kitchens or manorial halls. Its vogue did not long outlast the first half of the 18th century. They are usually very characterful pieces as they got heavy use, being found in pubs, taverns or working farmhouses, so they can have the most amazing charm about them.

Of a good large size for its type and in a desirable colour; eminently useable in today’s contemporary home.