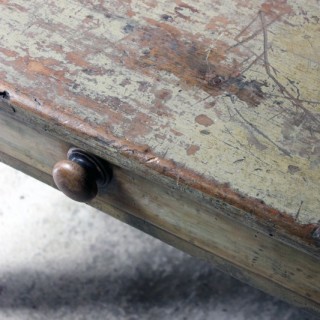 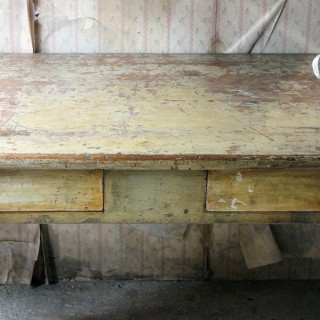 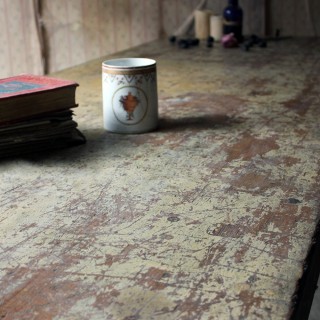 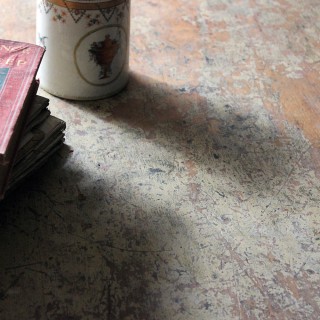 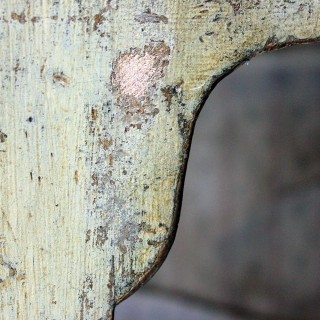 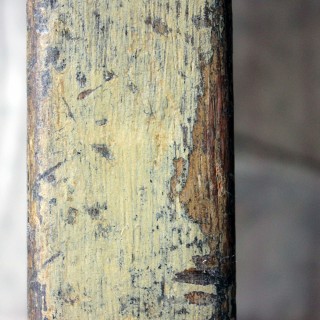 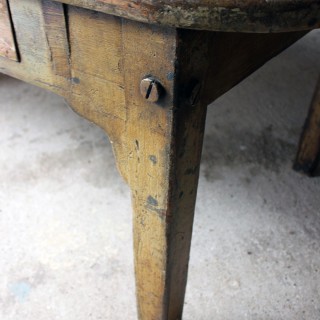 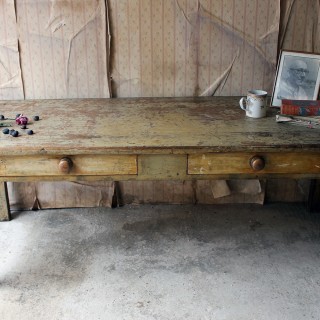 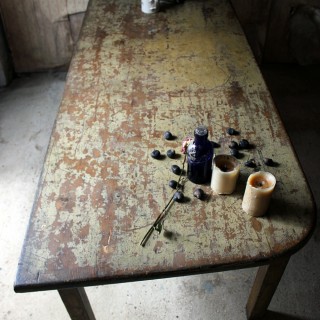 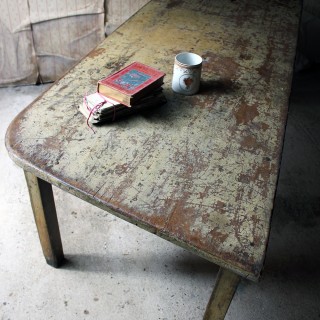 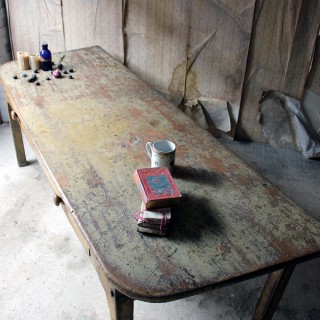 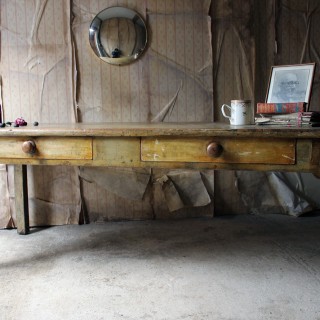 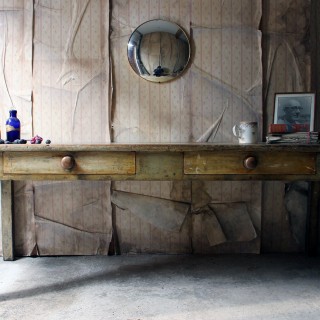 The wonderfully original and decorative pale lemon yellow painted pine dairy table of substantial proportions at nearly eight feet long, with a beautifully worn patination to the whole, the semi-elliptical front one piece plank top over a frieze with two large drawers with knob handles, standing on block feet, and surviving from Lowther Castle, Westmoreland, Cumbria.

Lowther Castle is a country house in the historic county of Westmorland, which now forms part of the modern county of Cumbria, England. It has belonged to the Lowther family, latterly the Earls of Lonsdale, since the Middle Ages. In the late 17th century John Lowther, 1st Viscount Lonsdale rebuilt the family home, then known as Lowther Hall, on a grand scale. The current building is a castellated mansion which was built by Robert Smirke for William Lowther, 1st Earl of Lonsdale between 1806 and 1814, and it was only at that time that Lowther was designated a “castle”. The family fortune was undermined by the extravagance of the 5th Earl of Lonsdale, a famous socialite, and the castle was closed in 1937. During the Second World War, it was used by a tank regiment. Its contents were removed in the Lowther Castle dispersal sale in 1947, which is when this table was first sold. The roof was then removed in 1957 and the shell is still owned by the Lowther Estate Trust.

The Yellow Earl, as he was known, (which explains the colour of this table!) had his regiment of yellow-liveried servants, his fleet of yellow motor-cars, and his pack of yellow dogs, and a hot-house to grow yellow gardenias for his buttonhole. He was known as the Yellow Earl for his penchant for the colour, and was a founder and first President of the Automobile Association (AA) which adopted his livery. The Lowther coat-of-arms was reproduced every morning in the centre of the stable yard using coloured chalk powders on freshly laid sand. He extended the estate – flattening 20 farms in the process in order to create the largest enclosed parkland in England, mainly to upstage the Royal Family at Windsor Great Park. The Yellow Earl redecorated the house, and added to the gardens, as a setting for lavish entertainment and royal visits, which included the German Kaiser in 1895, when Hugh had made extravagant arrangements to entertain the Kaiser.

The condition is beautifully original with the original paint remaining and not having been overpainted or needing to be dry-scraped. There is one section of loss to the front frieze as pictured. The colour and patination is superb to the top and we have given her a light wax. The drawers have been later re-lined.