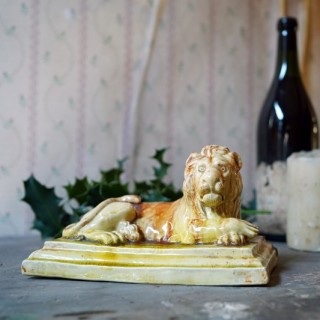 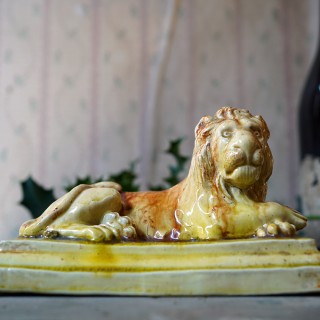 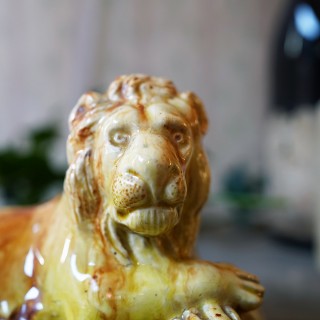 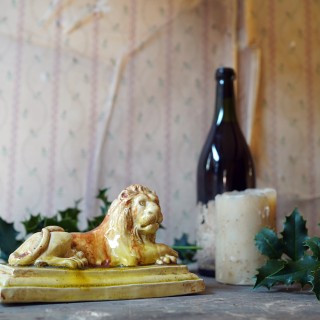 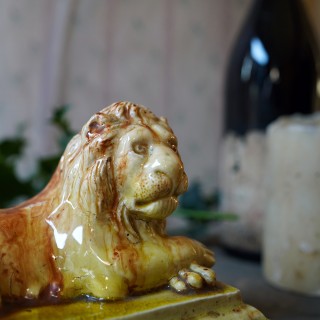 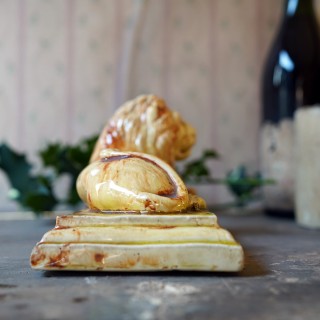 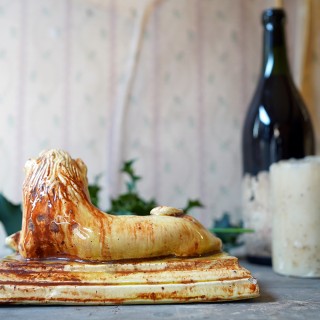 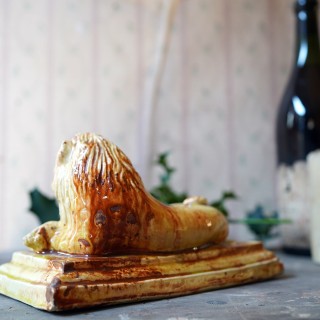 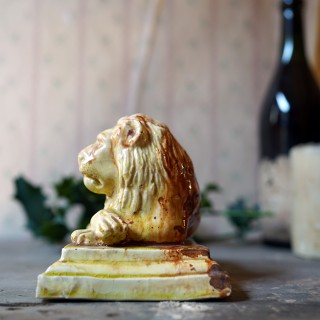 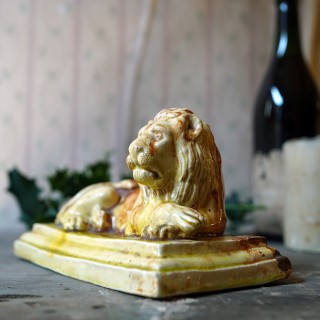 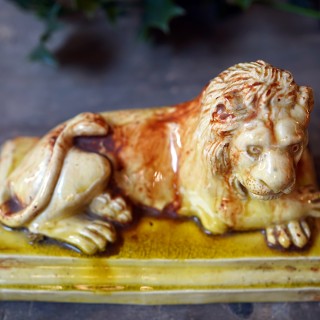 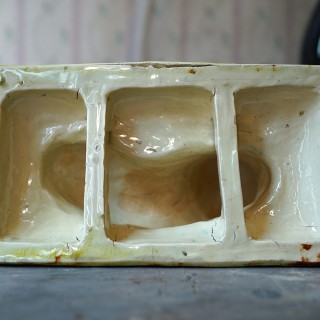 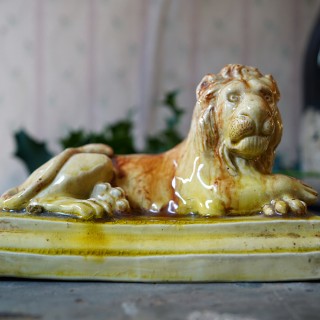 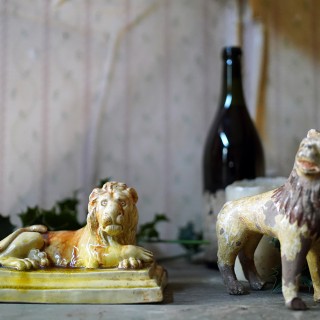 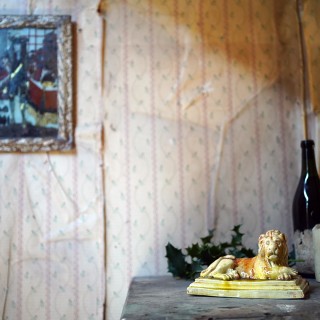 In original condition, the recumbent pottery lion with a yellow and brown mottled streak glaze, his front paws nonchalantly crossed and with a somewhat amusing expression upon his face, to a stepped rectangular base and surviving from George III period England.

Lions have been a common theme in art for centuries, representing strength and (especially in Britain) a regal or majestic animal. Their exoticism and yet feline familiarity made them popular with the British public, leading to their production by 19th century potters and carvers.

Sir Michael Codron was the man credited with bringing Harold Pinter to the public’s attention with his 1958 production of The Birthday Party. Sir Michael started his career in the London theatre in 1956 and has gone on to produce over 200 West End shows by playwrights including Tom Stoppard, David Hare, Alan Ayckbourn and Victoria Wood. In 2010 he received a Laurence Olivier Award for Outstanding Achievement, including his discovery of Harold Pinter, and was knighted in 2014 for services to British theatre.

A piece that raises a smile, for a lion that one senses has great comedic timing.

The condition is completely original and there is no restoration, or any re-painting having been administered. He appears to be unmarked.