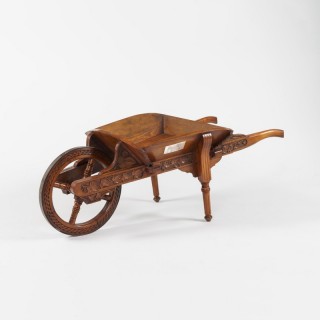 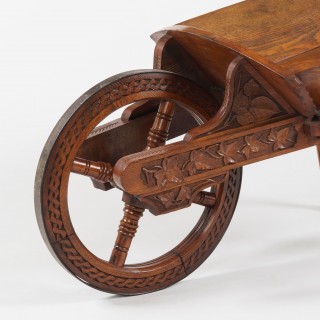 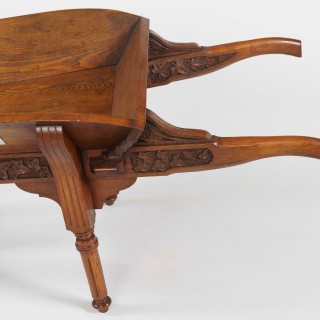 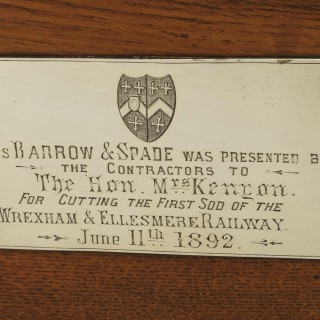 The presentation wheelbarrow carved from oak with finely carved ivy leaves and foliage adorning the frame, the front wheel with turned spokes and a guilloche-carved rim. Bearing a silvered plaque commemorating the start of construction:

“This Barrow […] was presented by the contractors to The Hon. Mrs Kenyon for cutting the first sod of the Wrexham & Ellesmere Railway. June 11th 1892.”

The Wrexham and Ellesmere Railway was a single stretch of train tracks running between North Wales and Shropshire, serving the mineral trains which left from the mining town of Wrexham to the commercial mercantile town of Ellesmere in England. Planned and financed by a consortium of politicians and entrepreneurs, the construction of the railway on 11 June 1892, with the cutting of the first sod by Mrs Kenyon, wife of the founder chairman of the “Wrexham & Ellesmere Railway” which was later incorporated in the Great Western Railway in 1923.

Building the railway involved crossing the river Dee. The new latticed steel girder bridge is a major feat of engineering requiring a single 58-metre span, making it one of the longest single spans in the country.