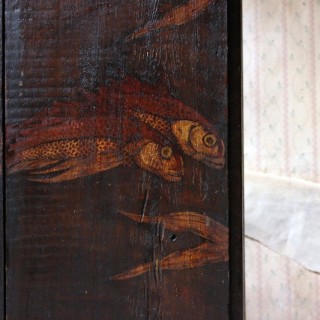 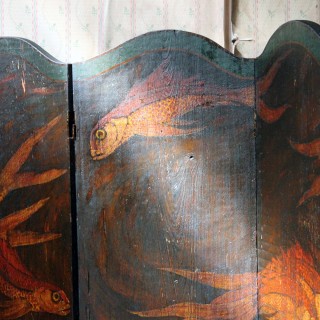 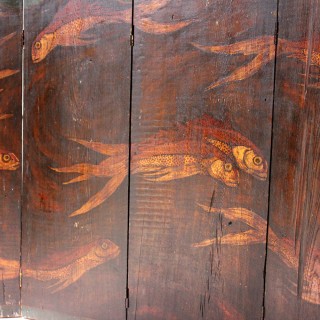 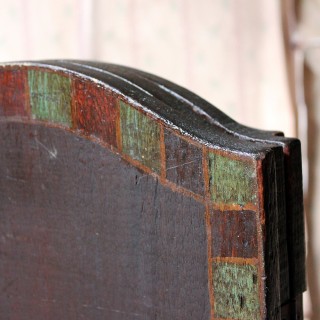 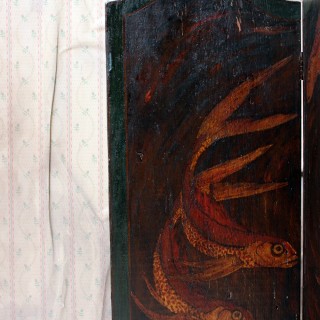 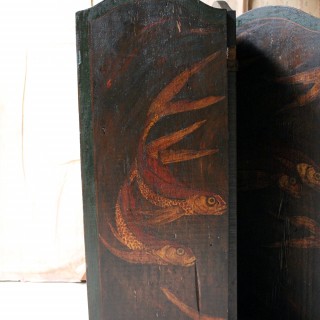 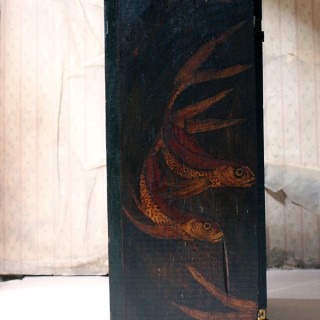 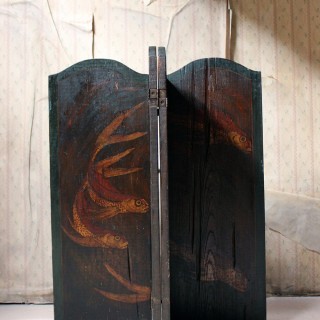 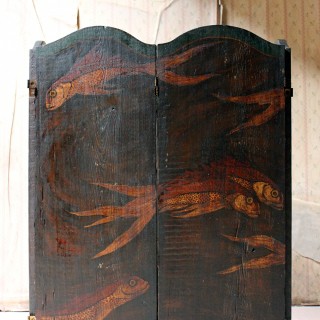 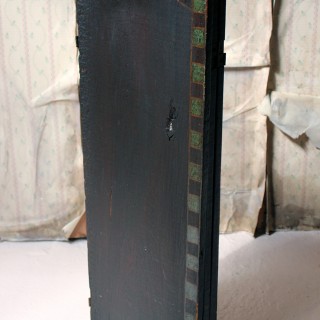 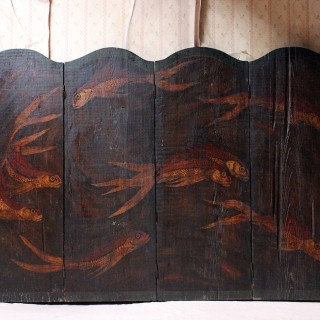 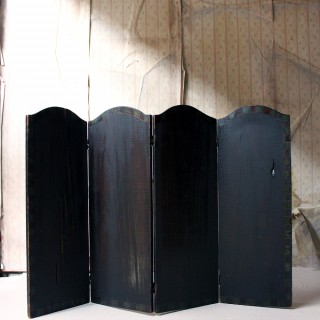 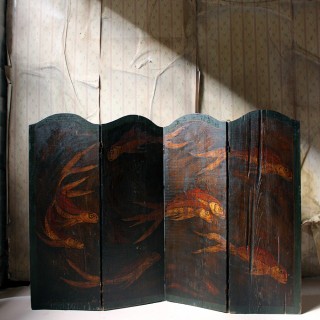 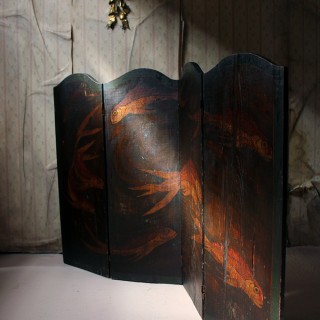 The very decorative and unusual late nineteenth century American folk art concertinaing four-panel screen, on roughhewn wood, hand-painted to one side with a pool of eight circling fish in golds and reds with deeply forked tail fins to a moody swirling ground, the panels bordered by gold outlined forest green bands, the reverse side being vacant to the middle and showing chequerboard decoration to the edgings, the whole possibly hailing from New Hampshire, New England, America.

The folklife and traditional arts of New Hampshire have been shaped by centuries of human interaction with a rugged environment and by the contributions of a diverse and energetic population. Earliest settlement of the area goes back thousand years to the indigenous Native Americans – peoples of the Western Abenaki and Penacook tribes. Much of the folk art from New Hampshire is based upon the traditions first introduced from England with settlers first journeying to the northeast in the early 1600s. Immigrants from other countries began arriving in the early 1700s from Ireland, Scotland, and French-speaking Canada.

Over the years, the challenges of “making do” through long northern New England winters, combined with a frugal nature have shaped a distinctive outlook on life – one that is industrious, self-reliant, optimistic, independent, yet very community minded. The New England expression, “Use it up, wear in out, make it do, or do with out” is symbolic of this outlook.

Screens date back to China during the Eastern Zhou Dynasty period (771-256 BCE). A folding screen was often decorated with beautiful art, major themes included mythology, scenes of palace life, and nature. A screen is often associated with intrigue and romance in Chinese literature. Folding screens were then introduced in the Late Middle Ages to Europe and in the 17th and 18th century, many folding screens were being imported from China to Europe.

The screens overall condition is good, proving very original and sturdy with a lovely aged patination to the paintwork, with bitumen deposits. The hinges all remain intact and she folds well. The fairly small size of the screen points to it possibly being used as a fireside piece which explains the bitumen to the paint also. It could equally be hung on the wall if so desired as an artwork. We have lightly waxed her to bring out more of her colour. There are no signs of any restoration of any sort. There are some light losses to the surface with nibbles to the edgings.