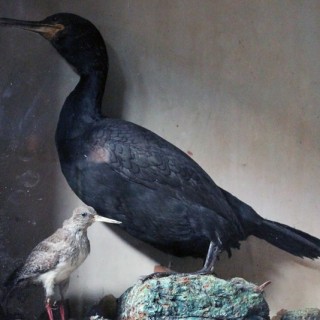 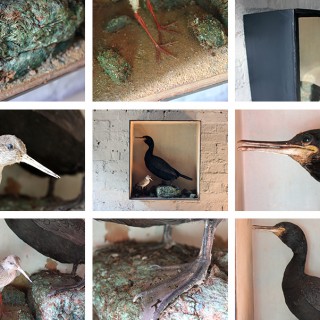 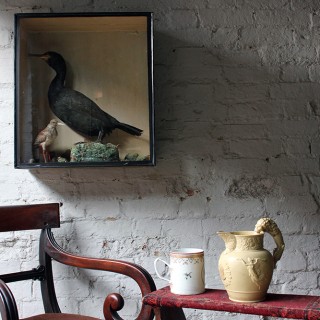 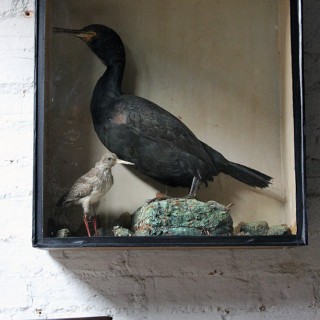 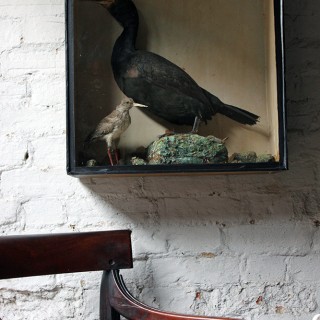 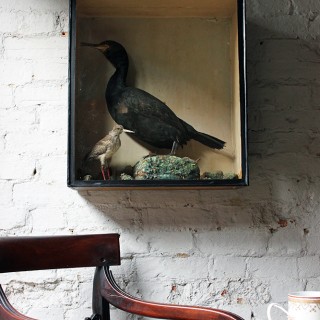 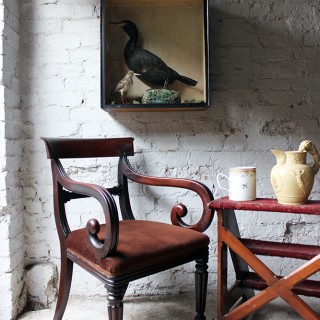 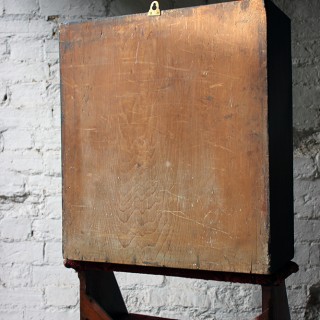 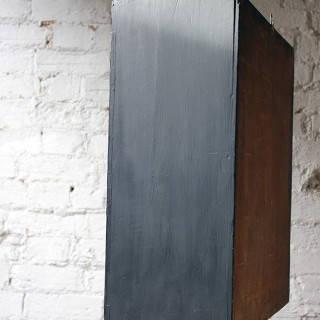 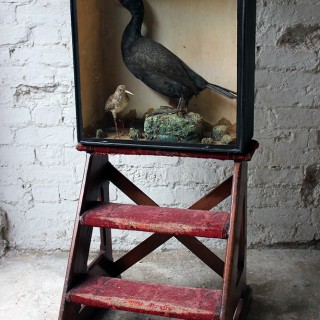 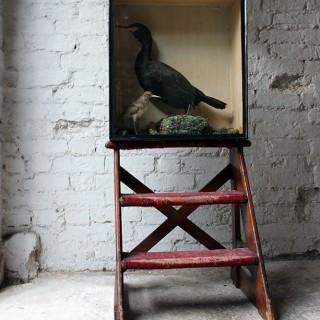 A Late 19thC Taxidermy Study of a Cormorant & Redshank

The duo of seabirds, one a cormorant (Phalacrocoracidae) the other a redshank (Tringa totanus) within a sparse setting of a coastal rocky outcrop set upon a buff paper background, the whole housed in a generously sized ebonised display case surviving from the last quarter of the nineteenth century in good overall condition.

As its name suggests, redshanks’ most distinctive features are their bright orange-red legs. Redshanks breed in damp places like saltmarshes, flood meadows and around lakes, but during winter one would see lots more of them on estuaries and coastal lagoons – as many as half of these birds may be from Iceland.

The cormorant, found around the UK coastline on rocky shores, coastal lagoons and estuaries, is now increasingly being seen inland at reservoirs, lakes and gravel pits. A large and conspicuous waterbird, the cormorant has an almost primitive appearance with its long neck making it appear almost reptilian. It is often seen standing with its wings held out to dry. Regarded by some as black, sinister and greedy, cormorants are supreme fishers, which can bring them into conflict with anglers, and they have been persecuted in the past. The UK holds internationally important wintering numbers.

The composition is of a high quality with both birds in sound overall condition with some expected tattiness and dust to the specimens though both in tact, the glazing and case are both in tact and without loss. The paper background gives the piece a nice simplicity reminiscent of the scientific style of the Cullingfords of Durham.

A Late 19thC Taxidermy Study of a Cormorant & Redshank