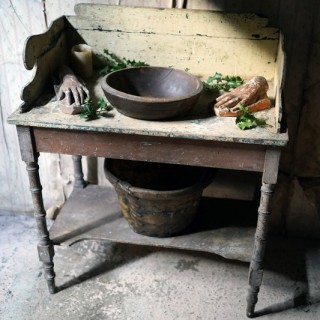 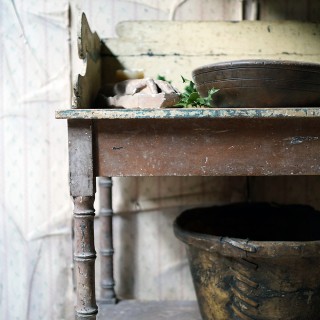 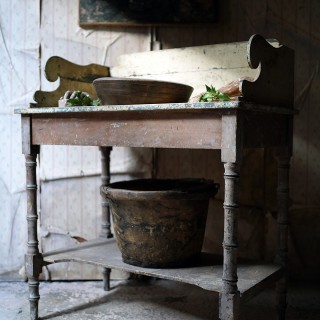 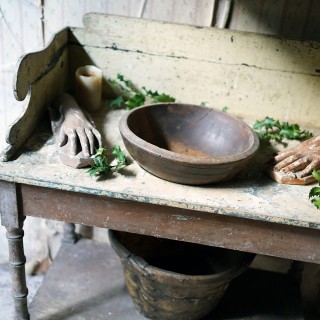 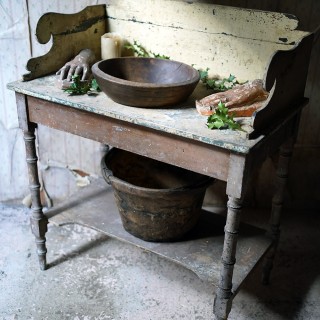 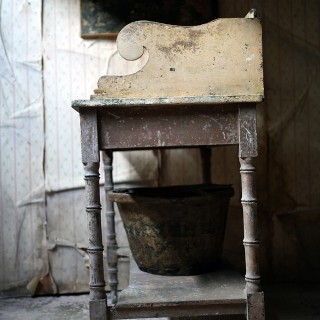 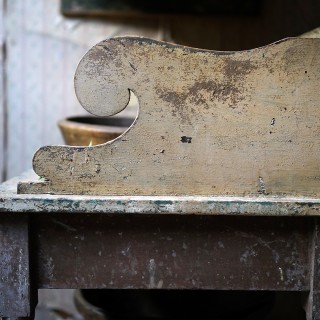 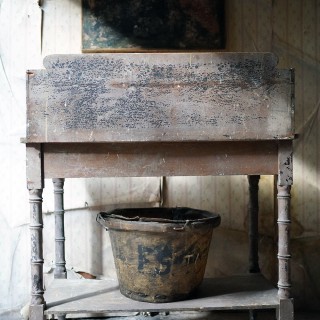 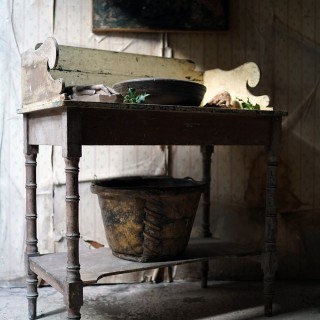 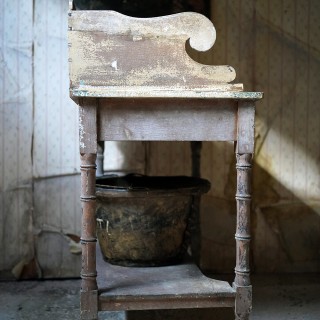 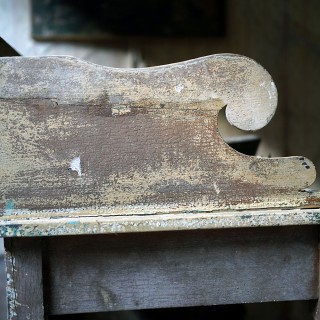 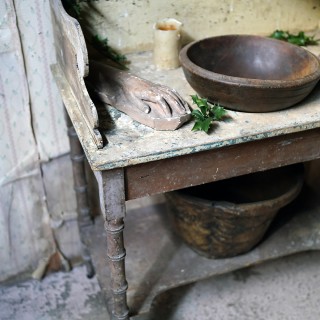 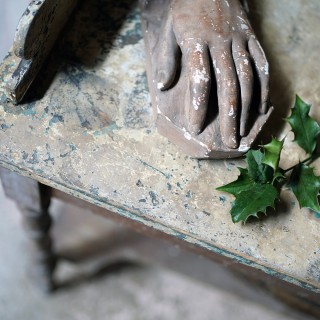 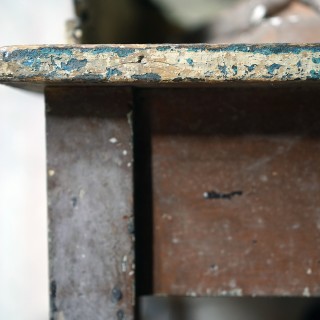 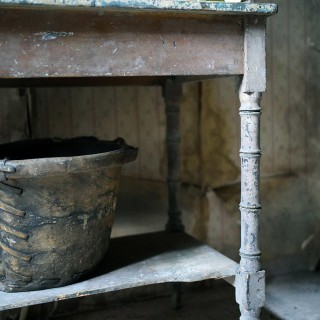 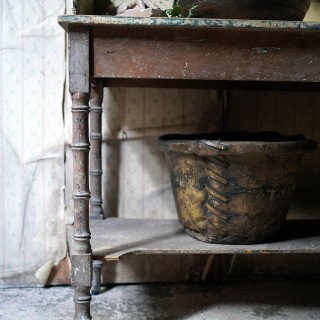 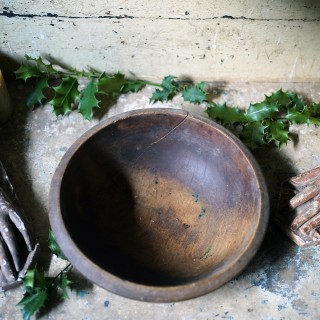 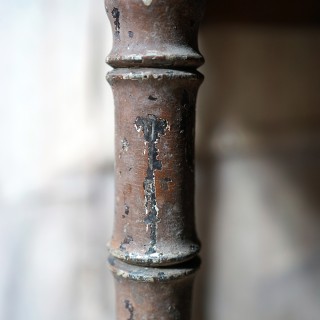 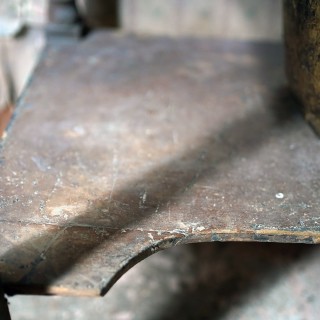 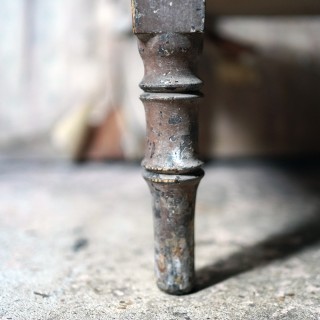 The original painted pine carcass showing the wonderful soft lemon yellow and putty rust coloured paint worn thoroughly and consistently with age, having a shaped gallery back with extenuated scrolled ends, with a vacant hole for the wash basin, to a lower shelf, the whole raised on elegant faux bamboo legs and surviving from late Regency period England.

The Georgian period was rather a long one, so the paint colours naturally changed over time, becoming increasingly more and more decorative as they moved more into the regency period of opulence and excess. The influences on Regency design and taste were legion; from Sheraton’s neoclassicism, Henry Holland’s Anglo-French taste, the Greek revival of Thomas Hope, and the Chinoiserie favoured by the Prince Regent, to an interest in the Gothic, Old English and rustic. The Regency attitude to interior decoration often involved treating each room as a unit with individual furnishings and wall decorations in harmony of theme or colour scheme.

The popularity of bamboo furniture particularly for bedrooms continued after the death of George IV. Simple materials like beech simulating bamboo and lacquer were favoured rather than the ebony and ormolu that had been used at Carlton House for instance, which emphasised the gay informality of the ‘new taste’ rather than the stylish and rich pieces made earlier.

A very pretty and elegant example of period painted furniture.

The carcass has a wonderful patina, with a host of character to its textured painted surfaces, commensurate with its age and use. We have placed a sycamore bowl into the vacant space for some of the photographs. She remains steady, though lightweight.