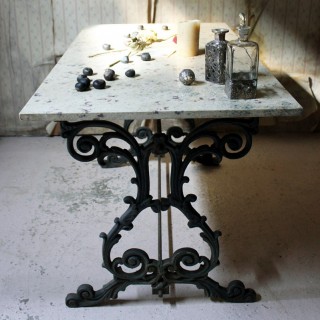 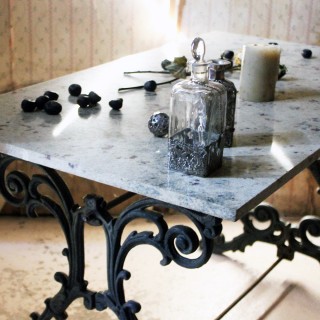 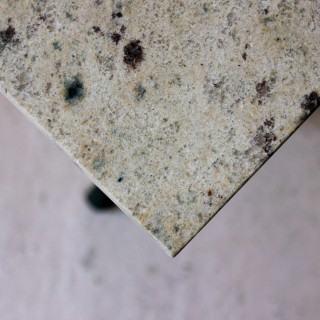 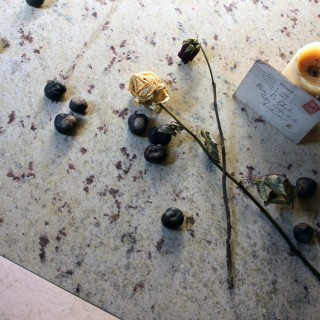 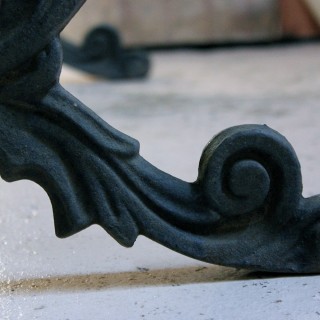 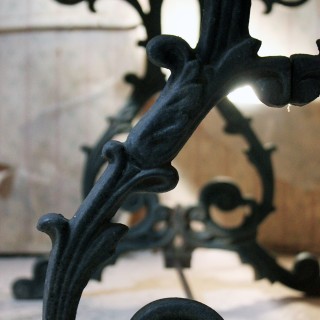 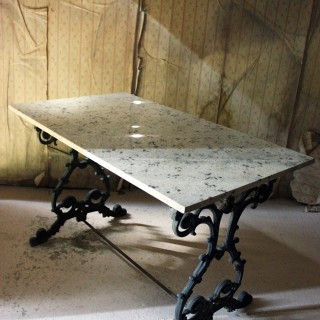 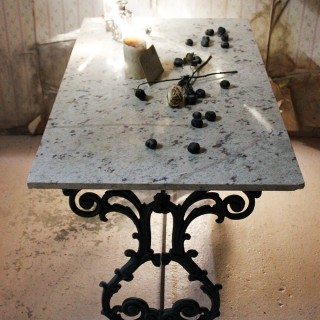 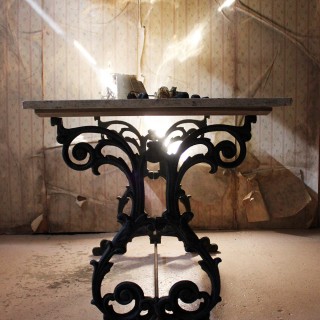 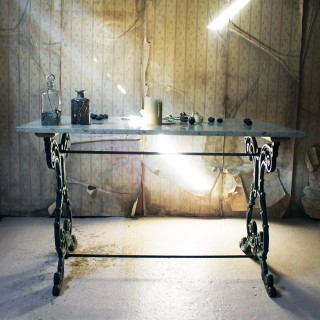 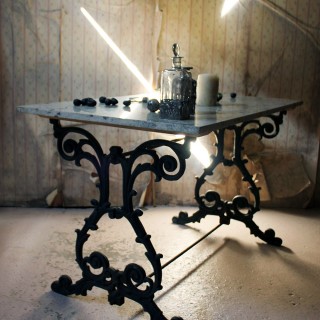 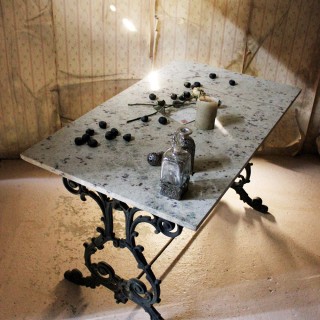 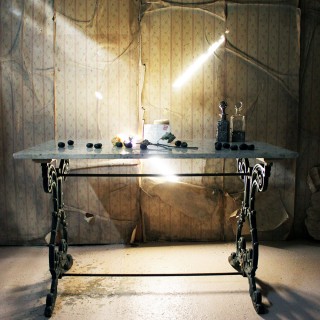 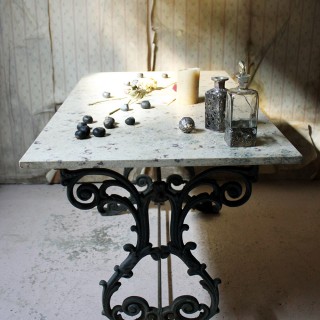 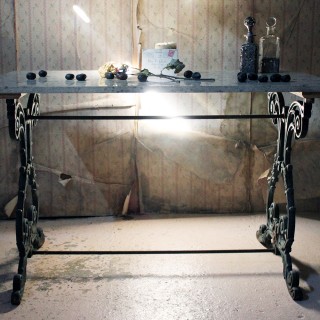 The good quality loose rectangular violet and white marble top over two wooden stabilising blocks, supported by a naturalistic cast iron base in the Coalbrookdale style, with leafed scrolls, the whole with an attractive patination, surviving from the zeniths of the nineteenth century.

Tables such as this one were popular in high Victorian times particularly as tavern, bistro or pub tables though usually the tops are of cast iron, this marble top is a later addition but a quality one. The style of the cast iron castings is very much akin to the great maker Coalbrookdale.

Could be used as a console, hall or centre table, in or out, and its versatility is as appealing as its sculptural lines.

The table is in overall good condition, there are no major flaws or deficiencies to note. There are more recent batons to the base so that the marble sits flush. The nice quality marble top bears beautiful violet flecks, with one small area of loss to one corner, and the cast iron base has wear and oxidization having been outside. There is some side-to-side movement to the table as there is only one rod stretcher but it proves to be sturdy enough for daily use.