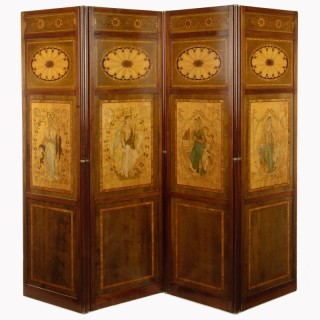 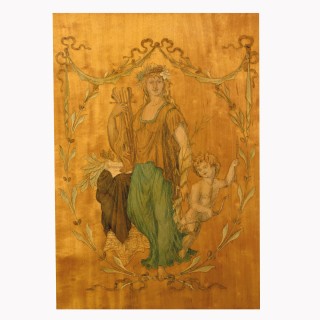 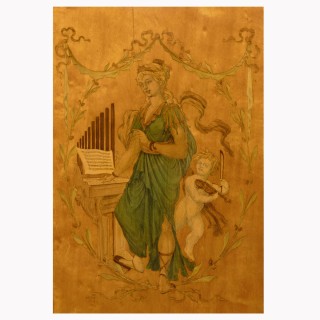 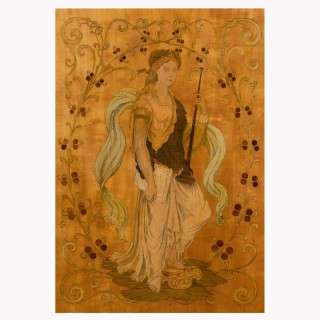 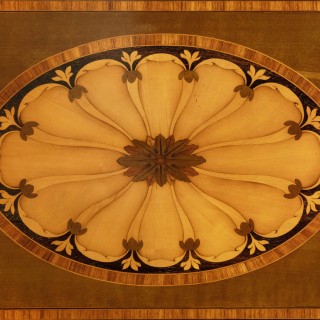 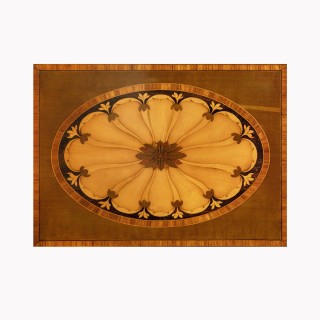 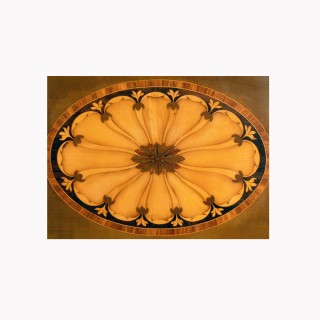 A very fine late Victorian four fold mahogany draught screen, attributed to Hicks of Dublin, each tall rectangular leaf divided into three panels below a flowerhead border, all inlaid with stained and exotic woods on a satinwood ground, the central panels showing four classical muses, the plain lower panels with satinwood stringing on a harewood ground. English, circa 1895.

Footnote: James Hicks was born into a family of Dublin chair-makers and the moved to London to train in workshops on the Tottenham Court Road, London. On returning to Dublin in 1894, he opened a business in Lower Pembroke Street, which rapidly became one of the city’s leading cabinet-making firms and won the royal warrants of King Edward VII and Princess Victoria, the Crown Princess of Sweden. He was inspired by the styles of Sheraton, Hepplewhite, Chippendale and the prominent 18th century Dublin cabinet-maker William Moore. He described himself as a ‘Cabinet Manufacturer, Collector and Restorer of Chippendale, Adam and Sheraton furniture’ and is still admired for his use of exotic woods, exceptional marquetry and veneering.