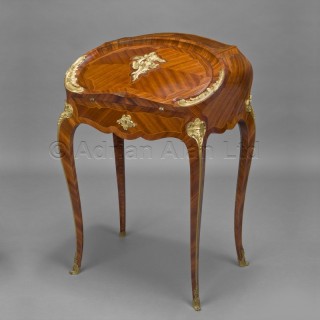 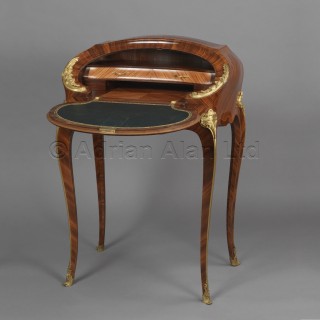 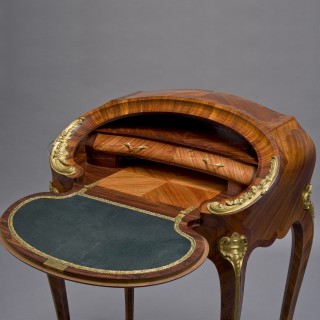 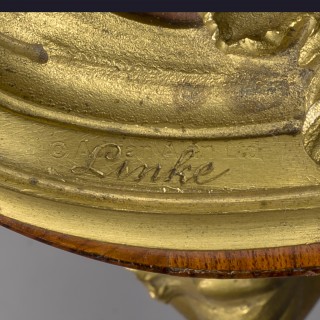 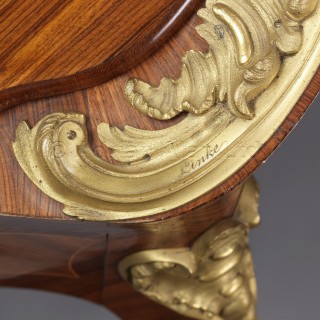 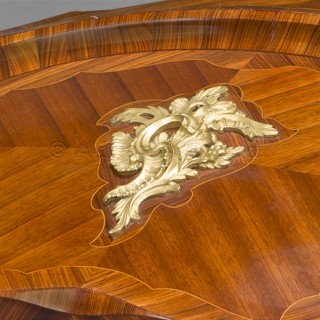 This very fine and unusual bureau de dame is finely veneered. It has a shaped top above a fall-front centred by a finally cast foliate escutchon, opening to a fitted interior with two small drawers and a tooled red leather writing surface. The bureau has a shaped apron enlivened with boxwood stringing and is raised on four slender cabriolet legs headed by unusual gilt-bronze acanthus clasps and terminating in scrolled sabots.