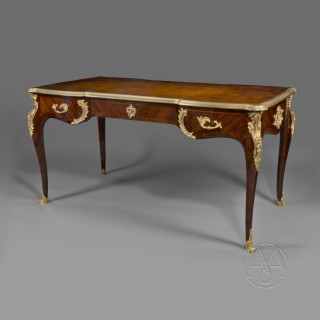 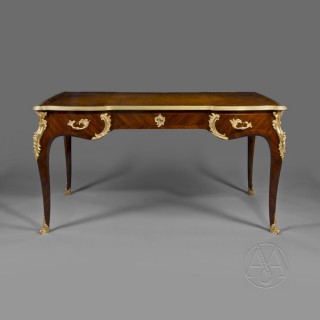 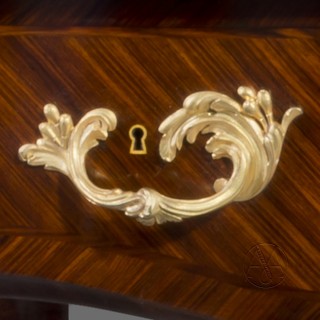 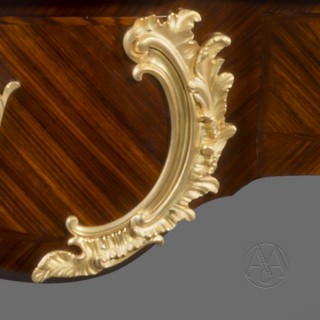 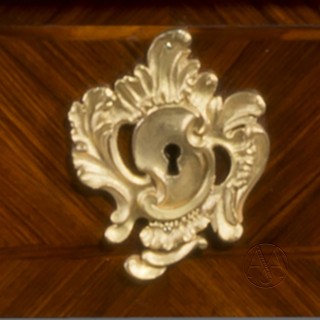 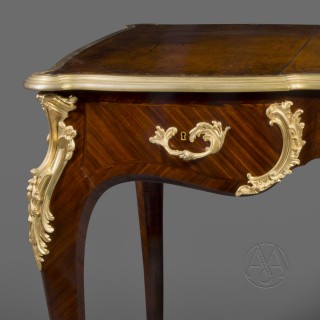 Charles Cressent (1685-1768) was a French leading ébéniste and sculptor of the late Régence and early Rococo periods, becoming a master sculptor in 1719. He worked as both ébéniste and sculptor to the Regent, Philippe II, Duc d’Orléans. His furniture was often decorated with plain veneers, usually of satinwood and amaranth, or veneers in patterns of parquetry.

Cressent was best known for the highly sculptural gilt bronze mounts that ornamented his furniture. In order to supervise production and guarantee the quality of his mounts, he employed master casters and gilders in his workshop. This practice broke the strict rules of the French guild system, and the guild prosecuted him for practicing the two professions of cabinet making and gilding in the same workshop. In order to pay the resulting fines, Cressent was forced to hold sales of his stock. The catalogues from these auctions, which he wrote himself, provide important evidence to identify his works, as Cressent’s furniture was always unsigned.

in the manner of charles cressent