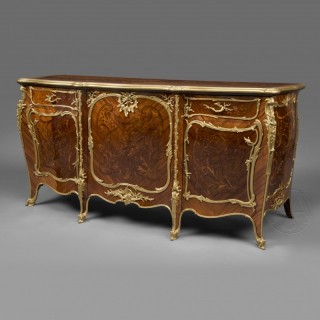 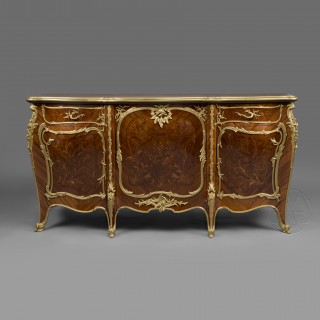 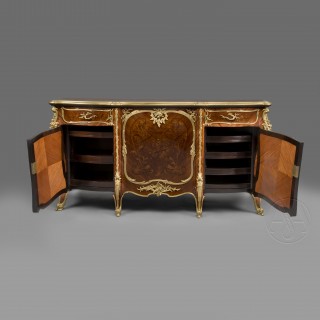 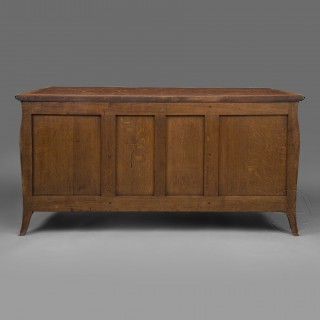 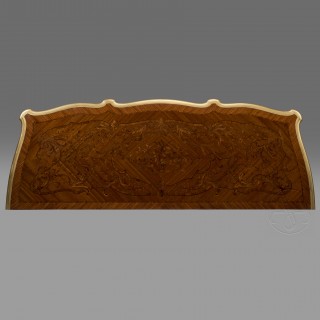 Stamped ‘F.Linke’ to the back of the carcass.
Stamped ‘FL’ to the reverse of the bronze mounts.

This fine and very rare commode is an example of the collaboration between Linke and the gifted sculptor Léon Messagé. The distinctive winged foliate handles is a design Messagé particularly favoured and seen on a number of pieces designed for Linke. It might be assumed that this motif is Messagé’s idea of an amusing play on his own family name, the wings being the attributes of Mercury the messenger.

Léon Messagé:
Léon Messagé (1842-1901) had a brilliant, but short lived career. He is best known for his incredible sculptural collaboration with François Linke for the 1900 Paris Exposition Universelle. A gifted sculptor, Messagé was also responsible for much of the design and creative work for Roux et Brunet and Joseph-Emmanuel Zwiener.