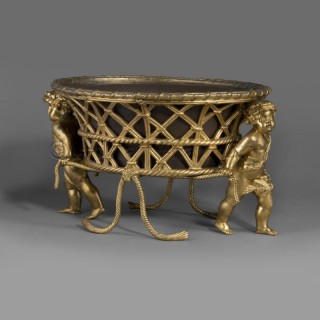 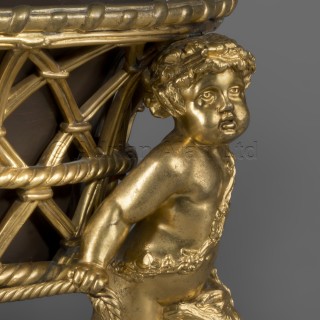 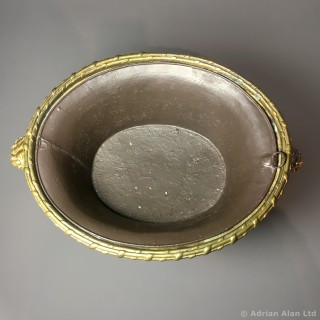 This elegant jardiniere is in the form of an oval basket suspended between ropes by two finely cast putti. The jardiniere retains its original painted metal liner.