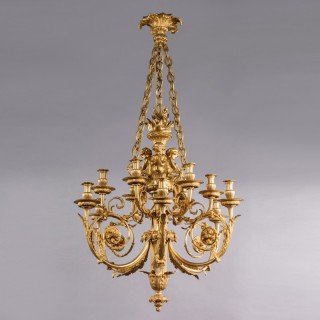 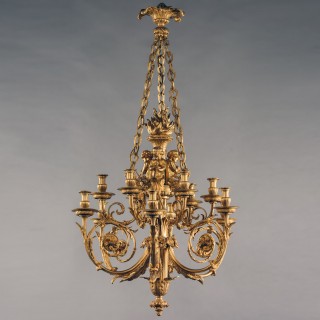 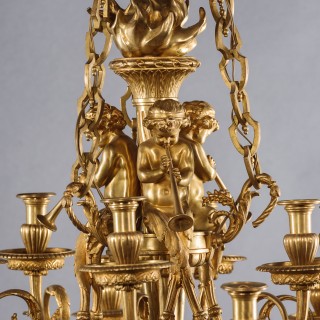 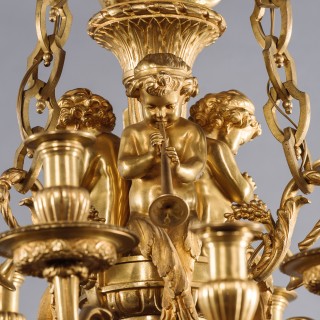 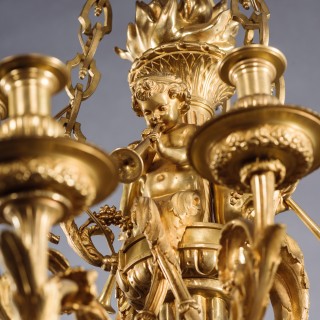 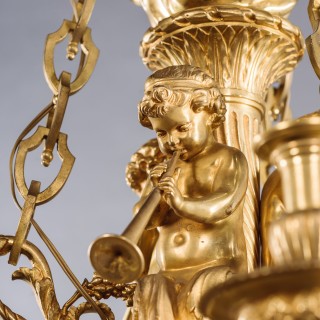 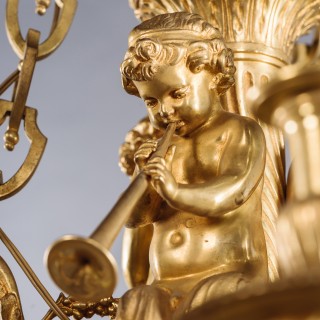 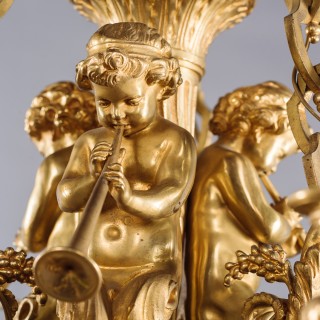 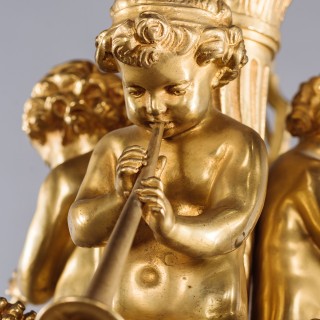 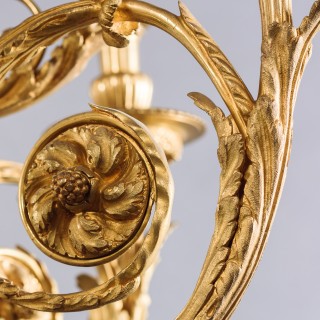 The original model for this Chandelier was designed by Pierre Gouthière for Le Cabinet Doré in Marie-Antoinette’s private apartments at the Palace of Versailles, where it remains to this day. A design for the chandelier by Gouthière survives in the collections of the Musée des Arts Décoratifs.

The model continued to be popular throughout the nineteenth century and examples are recorded by important makers such as Henry Dasson and Maison Beurdeley.