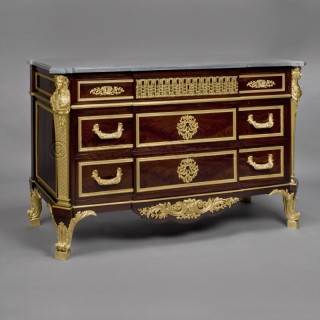 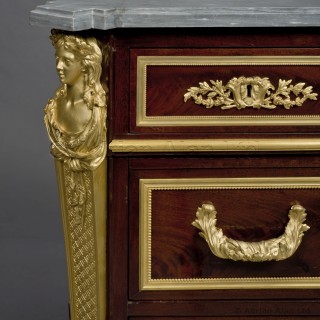 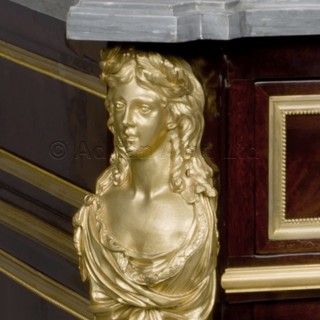 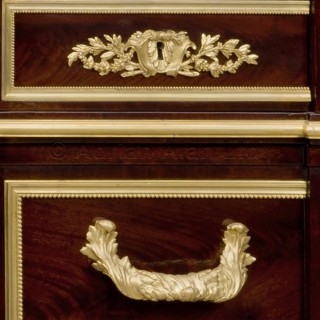 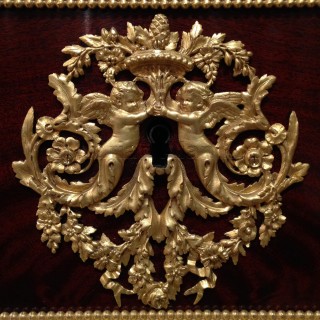 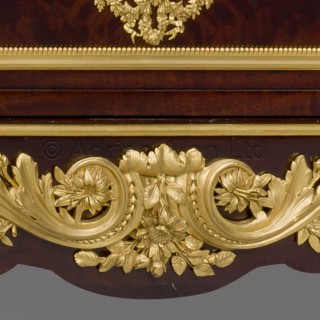 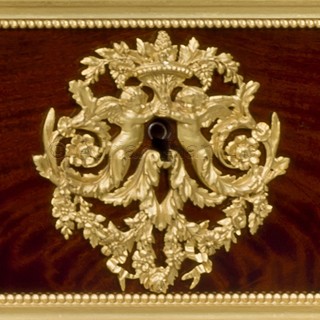 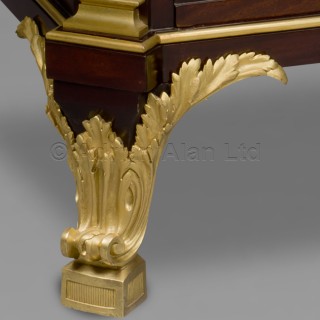 This fine, gilt-bronze mounted, mahogany veneered commode is of restrained neoclassical design in the manner of the important ébéniste du roi, Jean-Henri Riesener.

The commode is of rectilinear form and has a shallow breakfront blue turquin marble top with canted corners, above a fluted husk-filled frieze, flanked by two small drawers. Below are two long drawers with elaborate, foliate and cherub cast escutcheons, acanthus handles, and a shaped apron centred by a fine scrolling and fronded acanthus mount. The angles are headed by finely cast gilt-bronze figural mounts of female herms and the commode raised on scrolling acanthus cast feet.

The highly sculptural gilt-bronze figural mounts to the angles, depicting laurel crowned female herm figures feature on a number of important works by Riesener, including a commode now in the collection of the Hillwood Museum, Washington, DC. and a commode made for Louis XVI’s Chambre du Roi at Versailles, now in the Royal Collection.