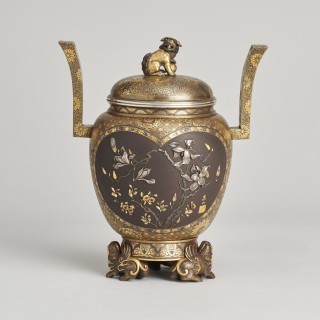 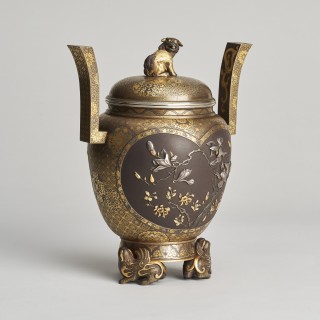 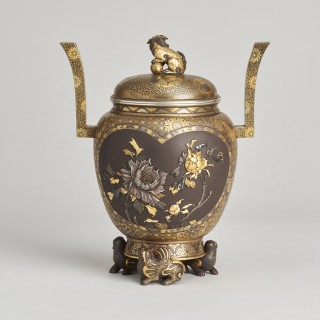 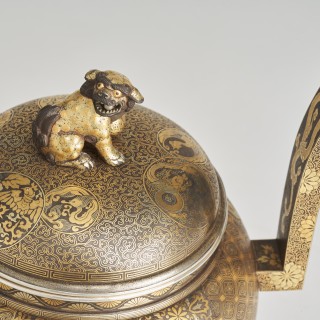 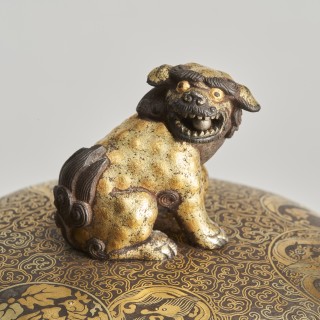 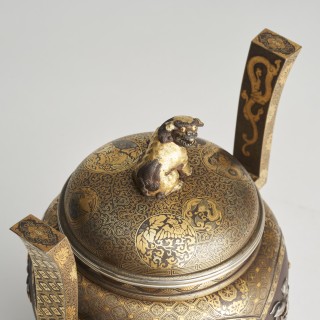 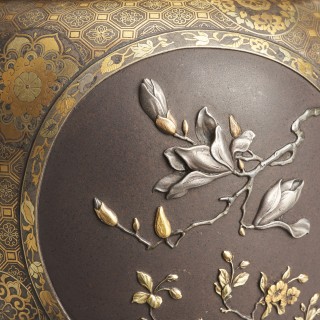 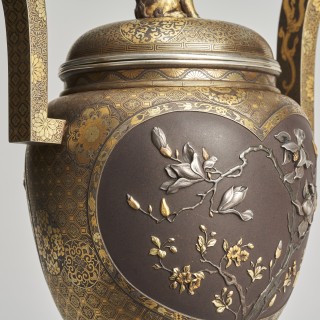 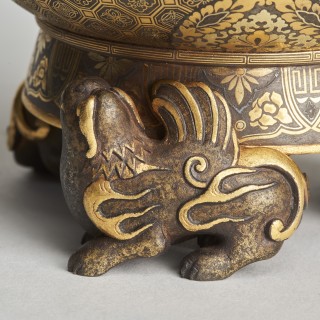 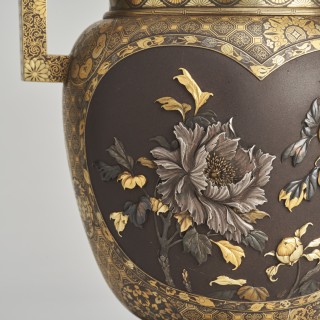 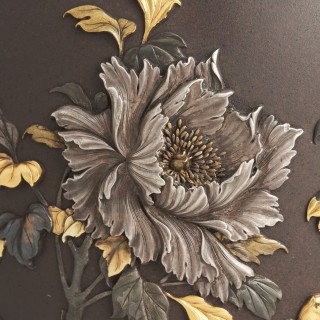 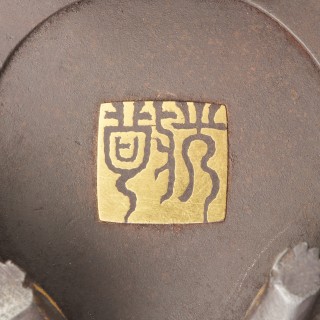 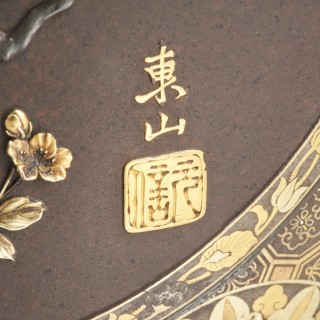 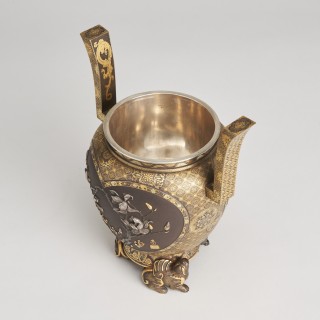 One side is decorated with flowering peonies, whilst magnolia and cherry adorn the opposite panel. The lid, handles and body are all finely inlaid in gold and silver with florets, birds and flowers. The koro sits on three winged-lion feet and the lid is set with a finial of a lion dog holding a ball.
About the artists: Kajima Ikoko II (1846 – 1925) was originally from Kawagoe, Saitama Prefecture. He was the oldest son of the renowned artist Kajima Mitsuyuki and he followed in his fathers’ footsteps by becoming highly skilled and internationally regarded in traditional metalwork techniques. He is known for his application of Nunome Zogan, (fine damascene work). This style developed in the early 17thCentury and was originally for use on iron armoury.

Iron tsuba made with Nunome Zogan was the trademark of a number of metal workers in Kyushu and Kyoto from the 17thCentury onwards but it is accepted that none of the early Eo period works could compare with the technical excellence and the elegance of composition found in Ikkoku’s works. He exhibited at the Naikoku Kangyo Hakurankai (The Japanese National Industrial Exposition) of 1890 and years later he was awarded a gold medal in the Japan-British Exhibition held in London in 1910.

Less is known about Higashiyama Motonobubut it is believed that he was born in Mito Provence in the first half of the 19thcentury and was a fine craftsman, originally specialising in Tsuba (fittings for swords). It was common for functional objects to be used as a medium for creativity and as a result, armoury often became more decorational than practical.
His work displays a subtle and skilful use of techniques required when using various precious soft metals.