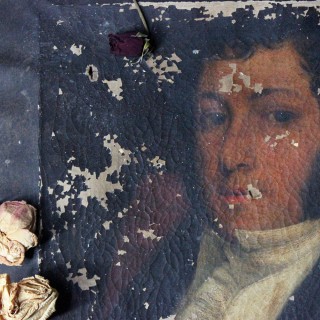 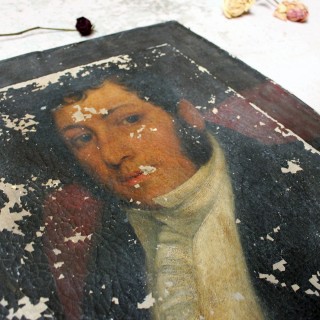 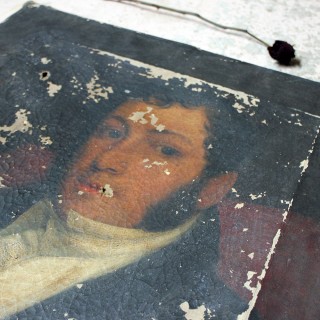 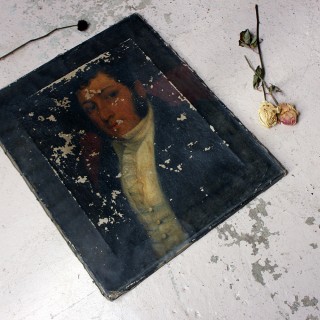 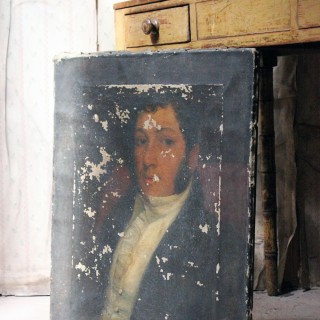 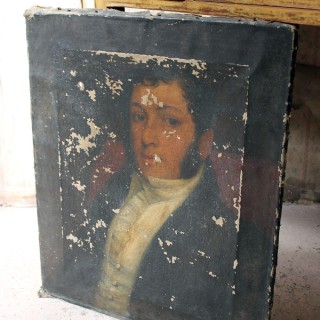 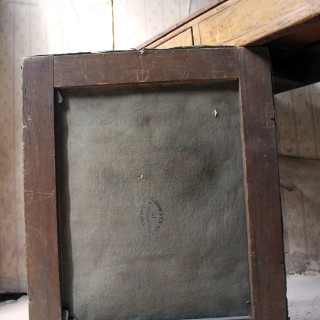 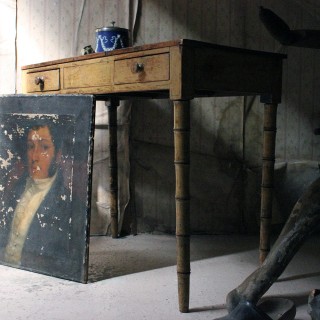 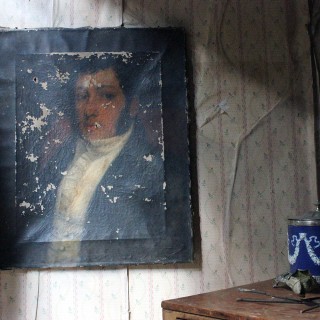 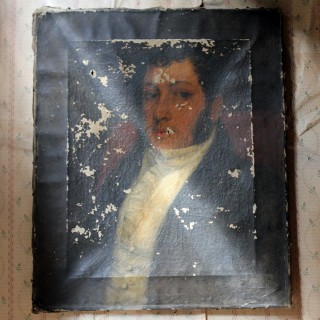 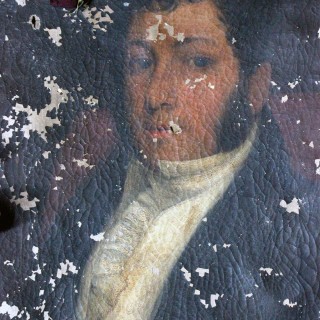 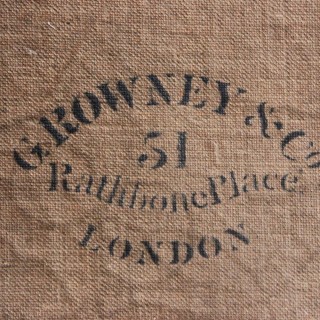 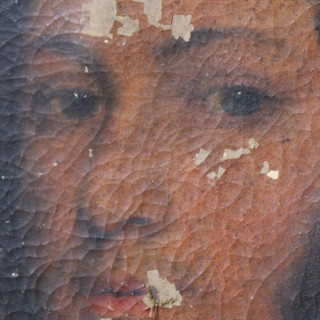 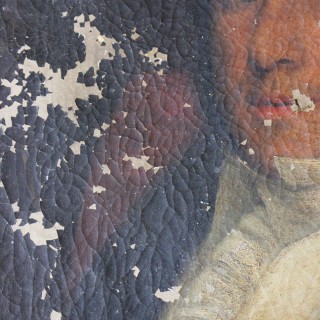 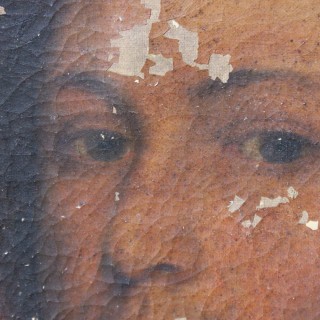 The early Victorian oil on canvas portrait of a dashing young to middle-aged gentleman, of rather Dickensian traits, in oils on canvas, in a black overcoat with a white buttoned shirt, the sitter with a full head of black hair and lambchop sideburns, on a black ground, sat upon a red armchair, the work apparently unsigned, survives from the second quarter of the nineteenth century.

There is a reassuring stamp verso for G.Rowney & Co, 51 Rathbone Place, London’ – the company were at this address between 1817-1862, which fits nicely in with the paintings date stylistically.

The level of skill seen in the painting is certainly well accomplished, and better than an amateur hand, the dashing gent, probably in his late thirties or early forties, is depicted in his prime as it were, with his large sideburns and deep thoughtful eyes, his face showing a rather approachable expression.

In un-restored order the picture is dirty with flecked losses and craquelure to the whole as per the photographs. He has been framed at a later stage and thus the outer edge is in better condition which had been protected, making almost for a painting within a painting.