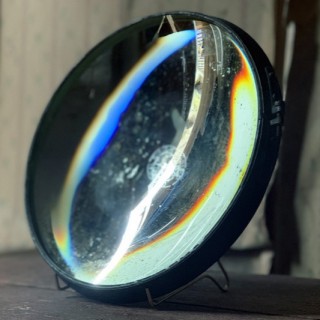 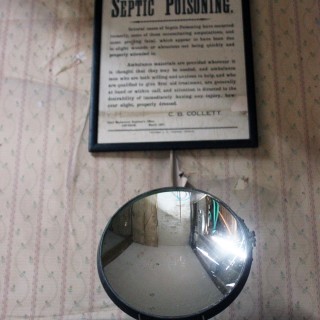 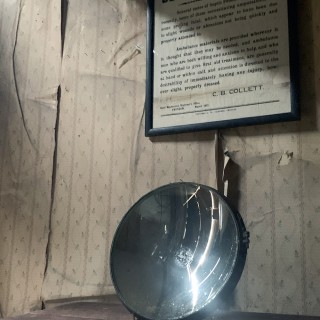 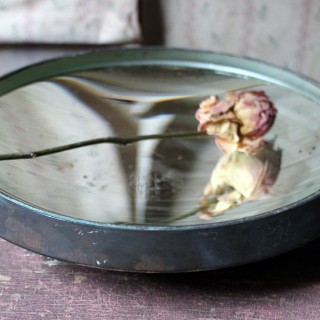 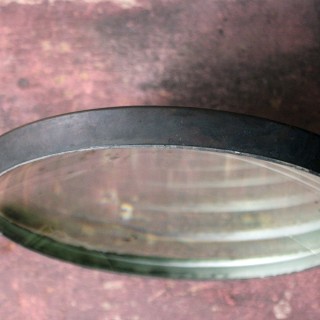 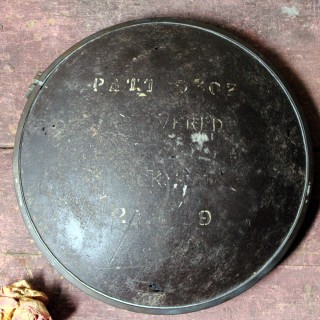 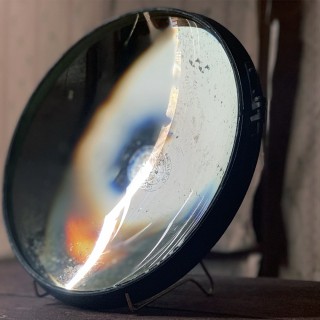 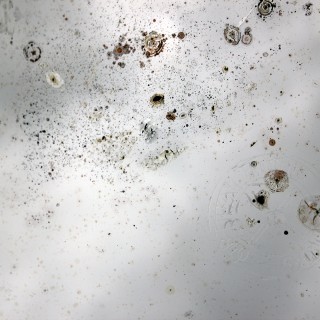 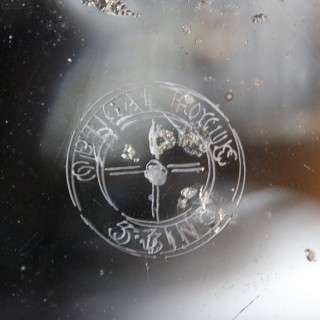 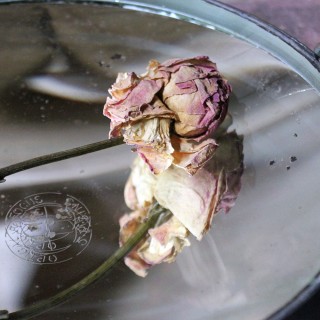 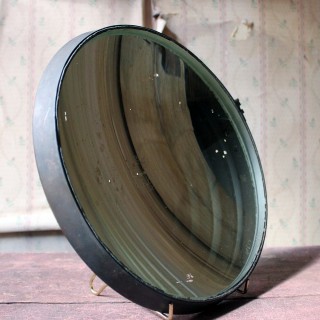 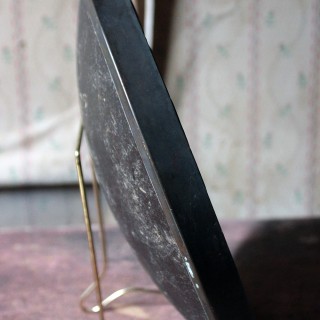 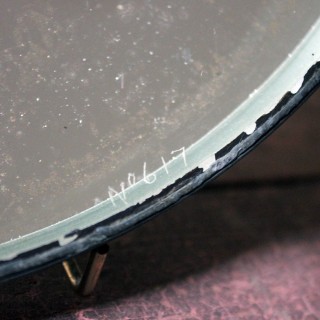 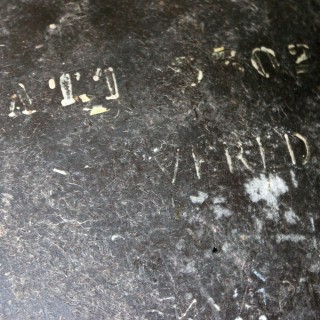 A parabolic mirror is a concave mirror that has the form of a paraboloid of revolution so that rays emanating from the geometrical focus and reflected from the surface are all parallel to each other and to the axis of symmetry and rays from a distant source are reflected to the focus and that is used in reflecting telescopes, searchlights, and headlights.

This example is probably from a World War Two anti-aircraft searchlight or ships signal as between the World Wars, before the invention of radar, parabolic sound mirrors were used experimentally as early-warning devices by military air defence forces to detect incoming enemy aircraft by listening for the sound of their engines.

One can have a lot of fun with this; a highly decorative fragment of optical wonderment.

The condition is completely untouched, and no damage is present. There is wear to the finish as one would expect, and natural foxing and spotting to the glass which is very attractive. The reverse shows some Patent numbers and marks which are mainly undecipherable.