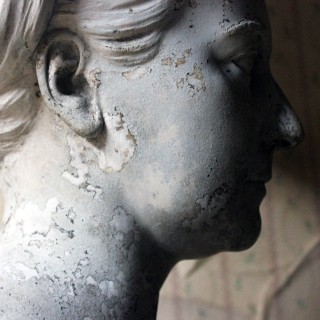 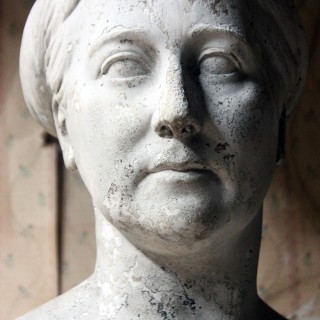 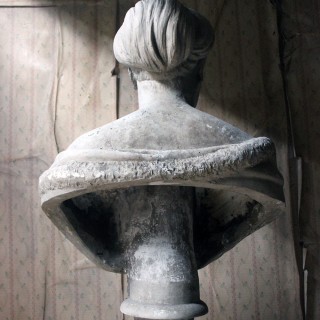 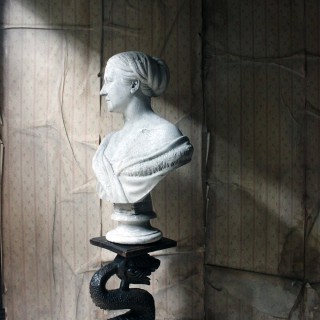 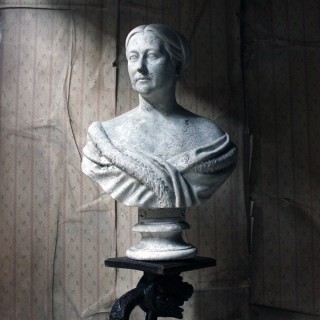 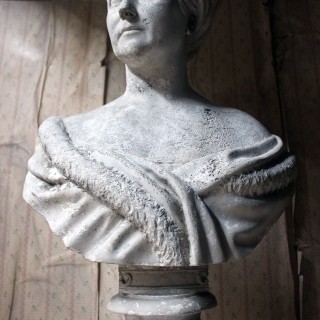 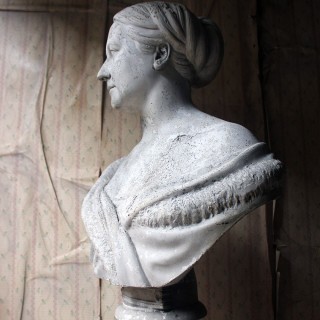 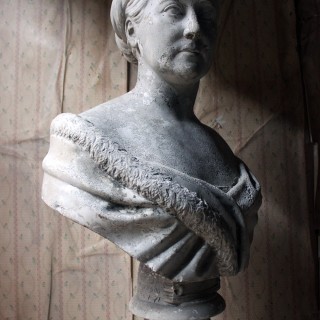 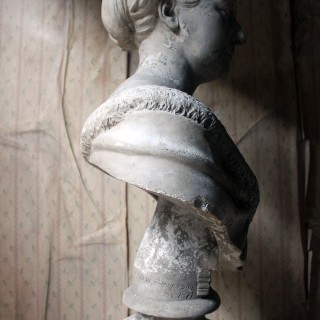 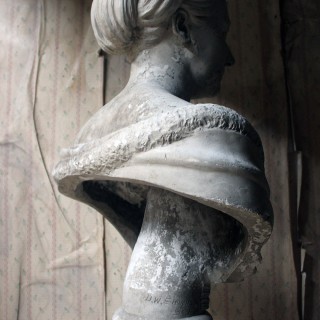 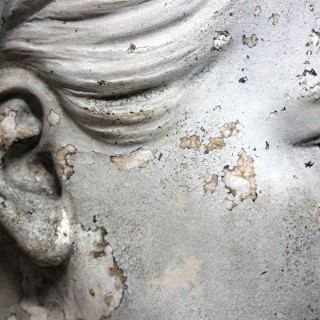 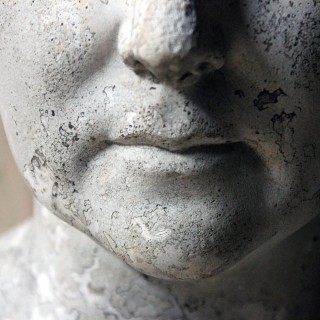 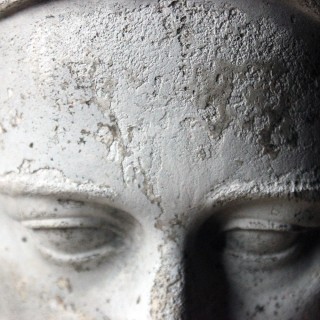 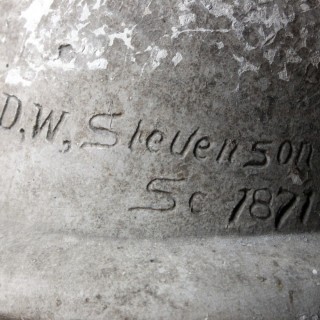 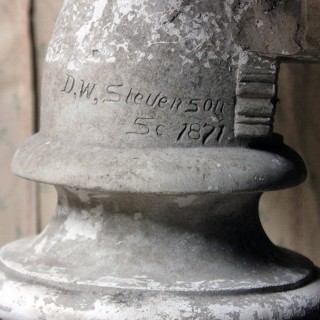 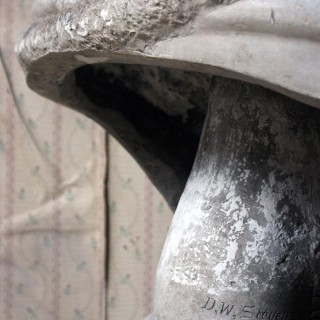 The well sized three-quarter plaster bust of Queen Victoria, with wear and weathering commensurate with age, shown in her pomp and in ceremonial garb, to a circular socle plinth and impress signed to the rear; ‘D.W. Stevenson Sc 1871”, surviving from the mid-Victorian period.

David Watson Stevenson 1842–1904 was a Scottish sculptor, executing portraits and monuments in marble and bronze. Stevenson was born in Ratho, Midlothian, Scotland, the son of a builder. He studied at the Trustees’ Academy, Edinburgh. From 1860 he took an eight-year apprenticeship under the sculptor William Brodie.

He won the South Kensington National Prize for student sculpture with a statuette of the Venus de Milo and completed his studies in Rome, Italy. He worked as assistant to Sir John Steell on the Prince Albert Monument forming the centrepiece of Charlotte Square in Edinburgh. Here he added figures of “Science & Learning” and “Labour” on the corners. He became known for his portrait sculptures such as this one and usually executed in marble and bronze. His best known and most iconic work is the 1869 bronze figure of William Wallace on the Wallace Monument near Stirling.

He became a member of the Royal Scottish Academy and lived in a townhouse at 2 Castle Terrace facing onto St Cuthbert’s Churchyard at the west end of Princes Street. He is buried with his younger brother, William Grant Stevenson, also a sculptor, in the south-west section of Grange Cemetery in Edinburgh.

Queen Victoria (Alexandrina Victoria; 24 May 1819 – 22 January 1901) was the monarch of the United Kingdom of Great Britain and Ireland from 20 June 1837 until her death. Her reign of 63 years and 7 months, which is longer than that of any other British monarch and the longest of any female monarch in history, is known as the Victorian era. It was a period of industrial, cultural, political, scientific, and military change within the United Kingdom, and was marked by a great expansion of the British Empire.

There are small chips and general wear to the top surface of the bust but she remains in decent condition; there is a repair to the socle base as photographed with a hairline crack visible. This plaster version may have been a maquette for the final marble bust.