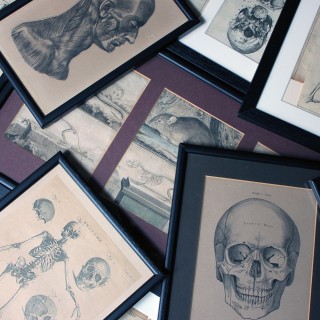 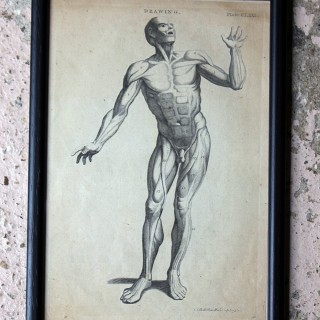 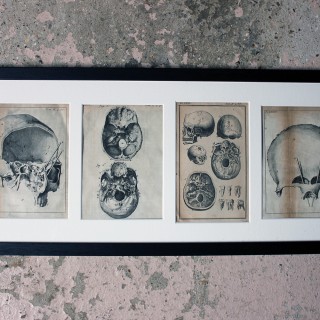 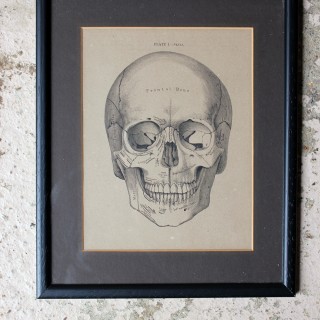 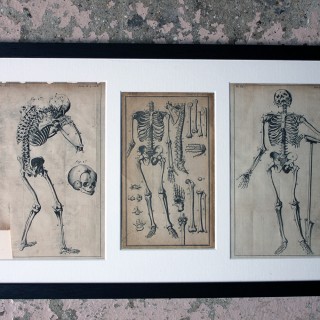 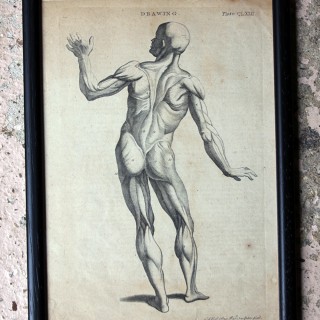 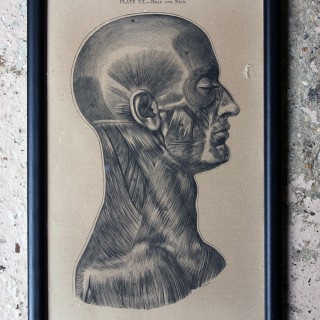 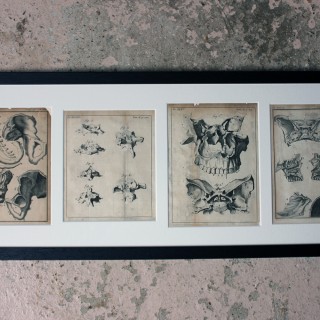 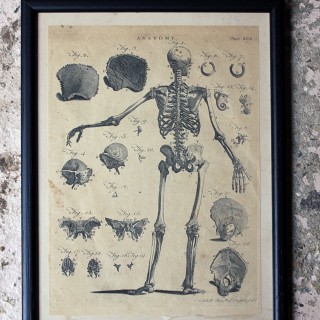 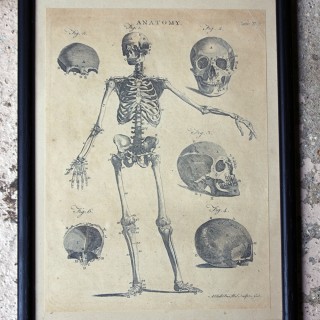 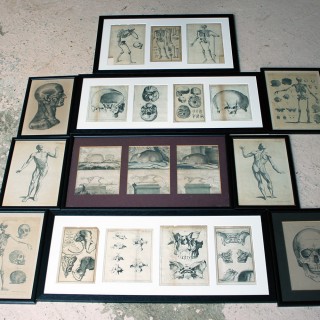 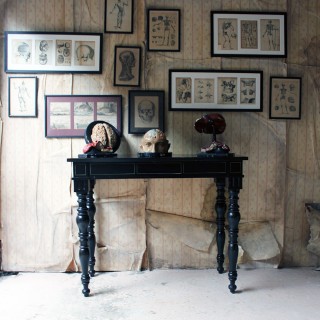 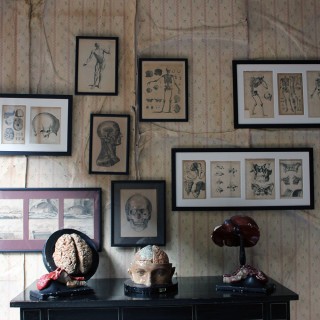 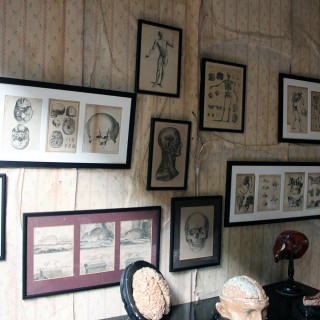 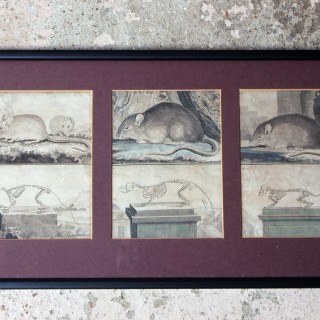 The mixed group of twenty framed and glazed engravings and prints, all of anatomical interest, grouped together in ten frames with a handful by A.Bell from the work ‘Superficial anatomy of the man’ in 1798, most numbered and annotated, and others to include skulls and the cross section of a rat, the group spanning the Georgian and Victorian periods and now framed for display.

This form of study still continues at traditional schools throughout the world. During the Renaissance in Italy, around the 1450 to 1600, the rebirth of classical Greek and Roman characteristics in art led to the studies of the human anatomy. Many painters and artists documented and even performed the dissections themselves by taking careful observations of the human body. Among them were Leonardo da Vinci and Andreas Vesalius, two of the most influential artists in anatomical illustrations. Leonardo da Vinci, in particular, was very detailed in his studies that he was known as the “artist-anatomist” for the creation of a new science and the creative depiction to anatomy.

A great way to fill an entire wall space in one swift bonified hit.

There is some discoloration and foxing to some of the group, please see the photographs for a visual reference. The diagrams and annotations remain intact so this only serves in adding some more character. The frames are contemporary, so in perfect order.