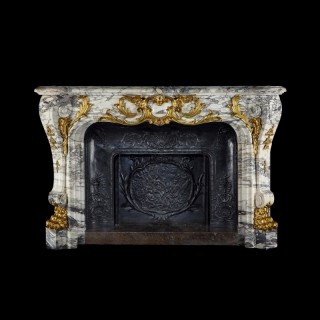 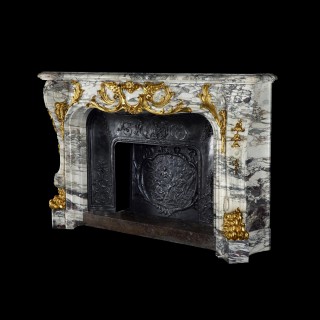 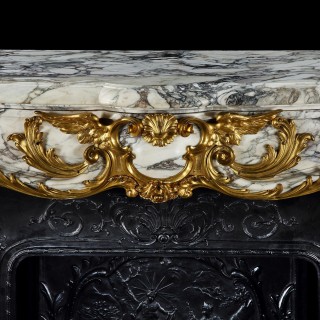 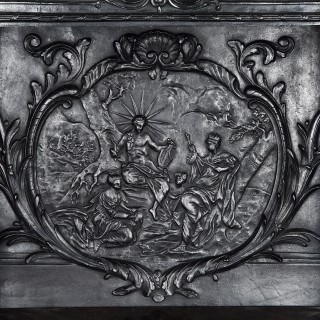 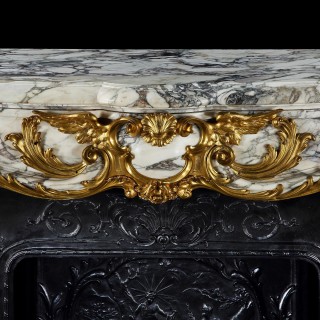 A Monumental Brèche Violette Fireplace In the Louis XV Manner

A Monumental Brèche Violette Fireplace
In the Louis XV Manner

The designs for these majestic Napoleon III-period fireplaces were influenced by the Rococo chimneypieces installed in the Palace of Versailles for Louis XV in the eighteenth century. A genius of carved ornament, Jacques Verbreckt (1704-1771) was responsible for the execution of the marble fireplaces in the palace, employing the equally renowned bronzier Caffieri (1678-1755) to model the bronze mounts.

Exceedingly rare, a single fireplace completed by the master craftsman Gervais Durand was made for the Comtesse de Biencourt, featuring the characteristic massively carved volutes on the jambs also present in the Butchoff fireplace.

The Vanderbilt family, at the time the wealthiest family in America, furnished their interiors with a series of fireplaces related to ours, which can still be seen in at the Vanderbilt Mansion (New York), and Marble House (Rhode Island).

A Monumental Brèche Violette Fireplace In the Louis XV Manner