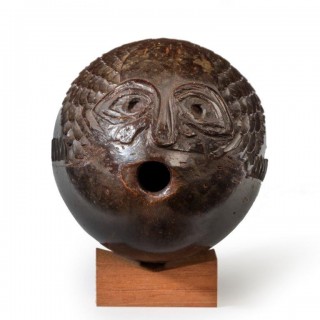 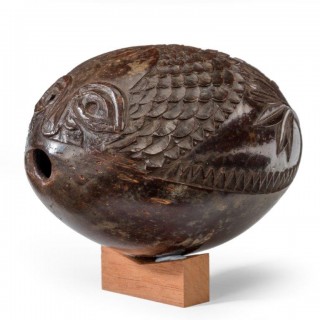 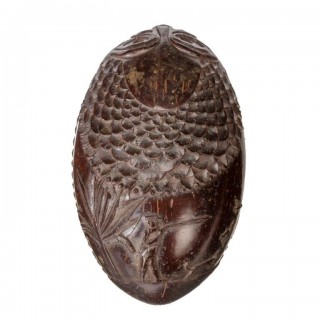 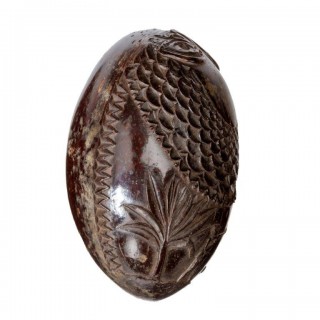 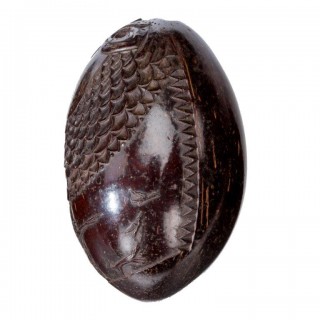 A naïve coconut shell “bugbear” powder flask carved as a fish with an open mouth surrounded by scales above a man hunting with a rifle and dogs, the underside plain, c1805.

“Bugbear” coconut shell powder flasks
They were reputedly carved by sailors or soldiers who visited the East or West Indies in the late 18th/early 19th centuries, and had access to green coconut shells which were easier to carve than dried ones. There are examples of goblets and treen of similar workmanship attributed to French, English, Portuguese and Spanish sailors. A couple in our collection, featuring Napoleon and Les Compagnons Charpentiers, are undoubtedly French but the others are harder to attribute.