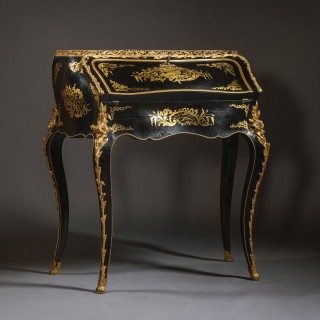 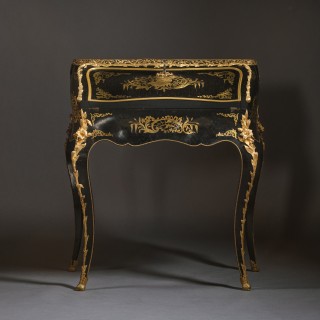 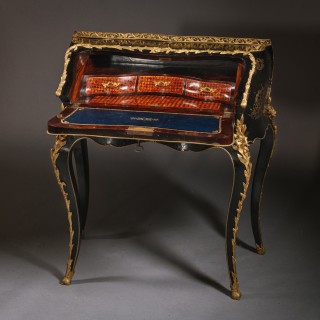 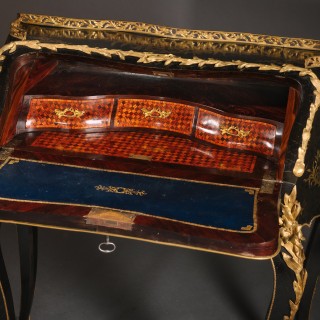 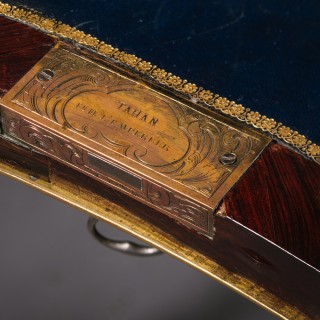 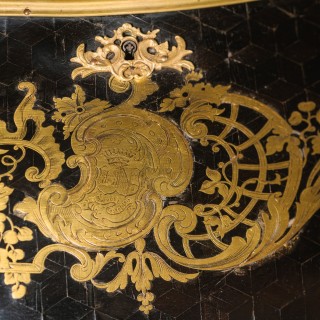 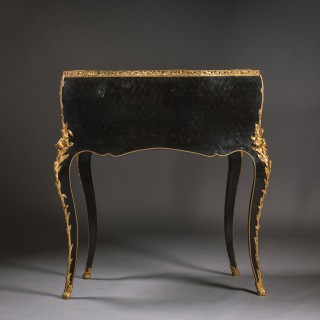 The top with a three-quarter gallery above a fall front opening to reveal a fitted interior including three short drawers and a tooled leather writing surface, the fall-front with a brass cartouche engraved with a count’s crest with the motto ‘NISI DOMINUS CUSTODIERIT’.

Alphonse Tahan (1830 -1880) was the official ébéniste de l’Empereur, (master cabinetmaker), to Emperor Napoleon III and his wife the Empress Eugenie.

The firm was based in Paris at 30 Rue de La Paix from 1849 and subsequently from 1878 at Boulevard des Italiens.

Tahan participated in various international exhibitions of the period, including a silver medal in 1849, and 1852 and a gold medal in Paris in 1867.

The company declined after the fall of the second Empire and ceased production and closed in 1882.

This striking writing des is in good original unrestored condition, with wear and marks as expected by age and use. Structrally sound and very decorative.