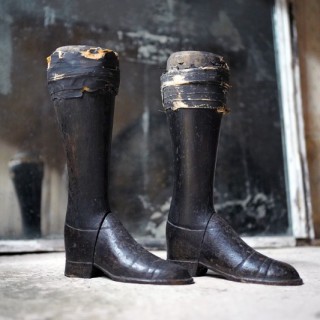 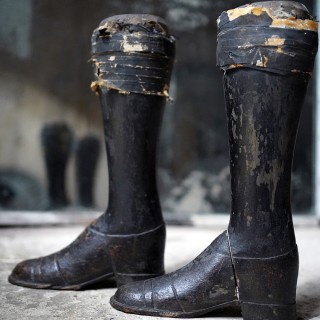 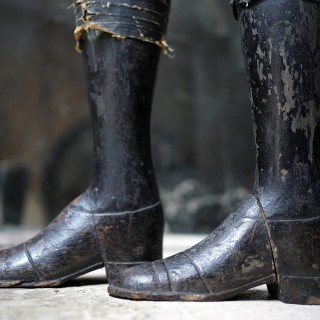 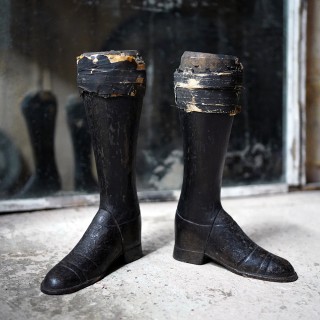 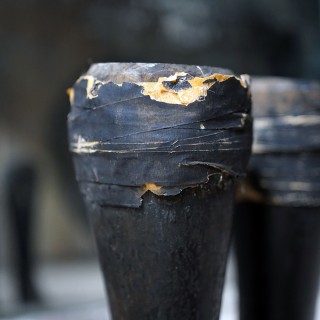 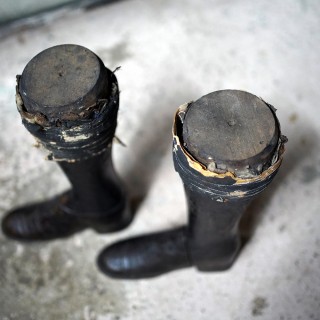 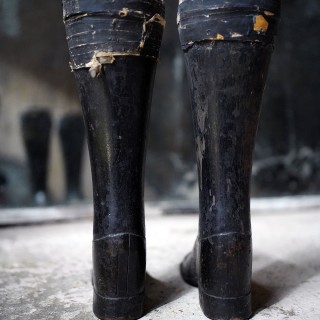 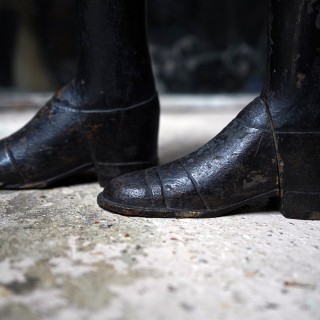 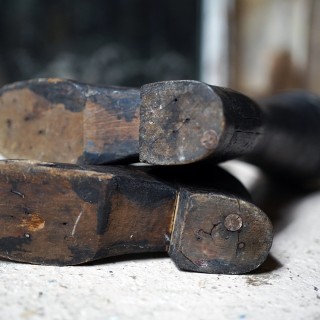 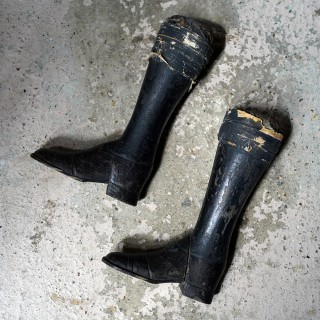 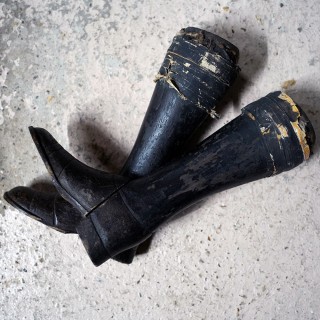 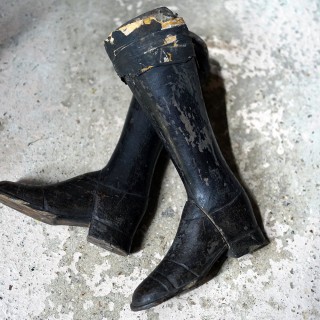 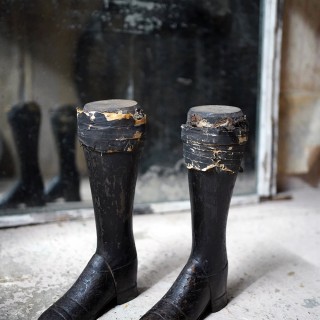 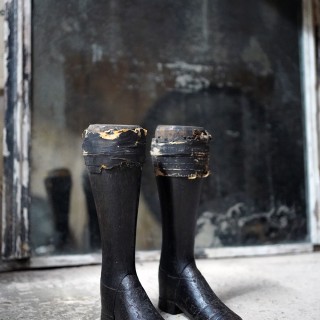 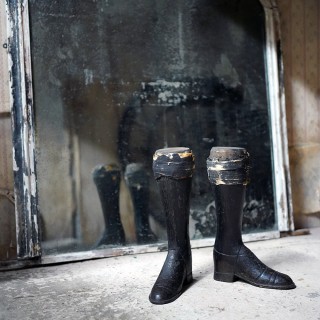 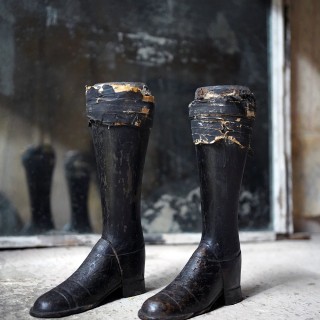 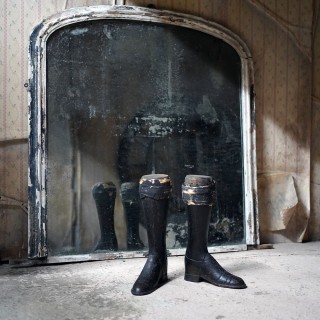 The decorative pair of carved pine mannequin lower legs and feet, showing much of their original black painted decoration, each made in two sections, now wonderfully time worn and surviving from the latter part of nineteenth century France.

Mannequins were usually quite ephemeral and the focus wasn’t on them being made to last though with these being carved in wood rather than plaster suggests they may have been part of a more expensively assembled composition.

The articulated human figure made of wax or wood has been a common tool in artistic practice since the 16th century. Its mobile limbs enable the artist to study anatomical proportion, fix a pose at will, and perfect the depiction of drapery and clothing. Over the course of the 19th century, the mannequin gradually emerged from the studio to become the artist’s subject, at first humorously, then in more complicated ways, playing on the unnerving psychological presence of a figure that was realistic, yet unreal–lifelike, yet lifeless.

Simply place in a quiet corner and surprise your unwitting guests with the simple power of suggestion.

The condition of the legs is good and stable with no attempts to try to restore the flaked paint. There are remnants of layered paper to the tops of the legs.