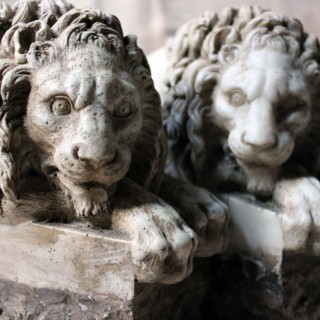 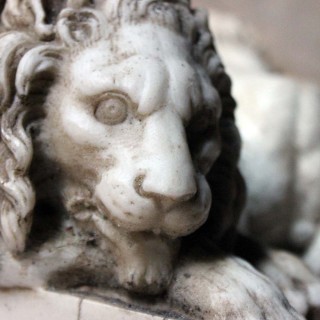 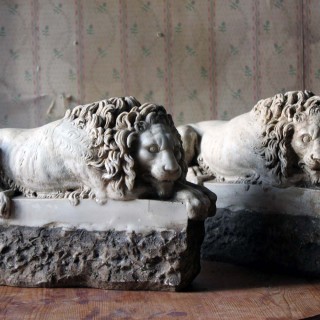 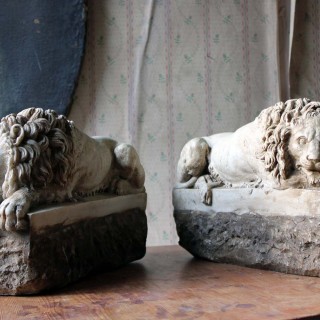 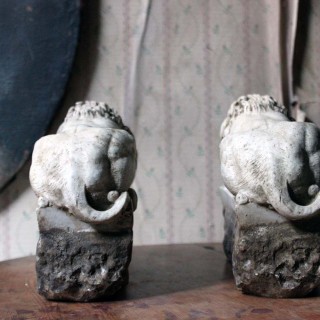 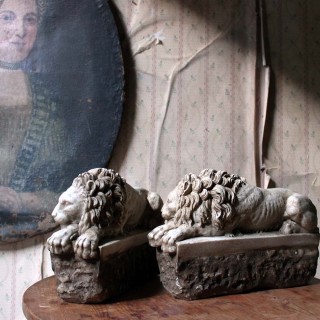 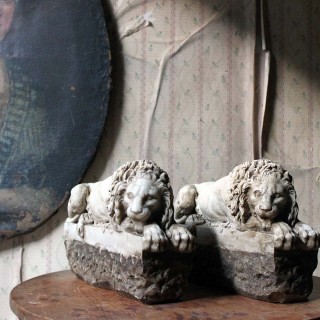 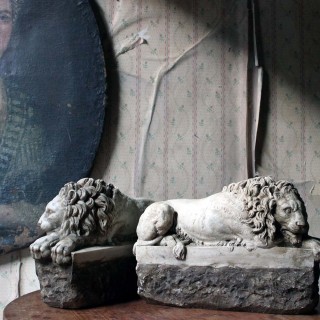 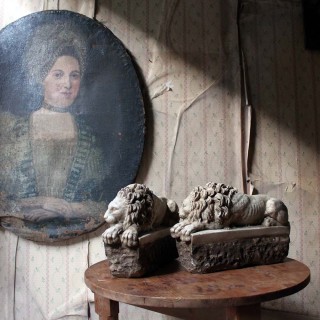 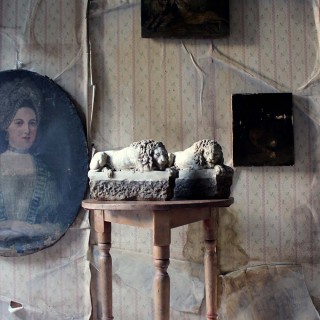 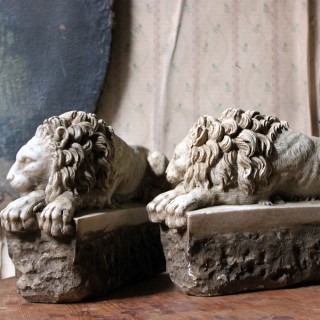 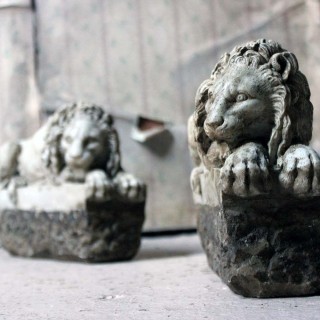 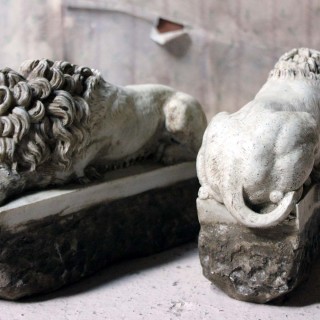 After Antonio Canova (1757 – 1822), the well-proportioned and finely modelled stone (possibly marble?) models of recumbent lions, both vigilant, on rough-hewn stone plinth bases, and surviving from the late nineteenth century.

These lions were originally sculpted by Antonio Canova (Italian, 1757-1822) as a pair in a larger scale for the tomb of Pope Clement XIII in St. Peter’s Basilica. As a pair the sleeping lion is symbolic of the Pope’s moderation; and the vigilant lion, represents his energetic work. Here we have two vigilant examples.

Particularly well modelled, and of a good size, making for a great mantelpiece adornment.

The sculptures have no major flaws and no cracks or restoration present. We have refrained from cleaning them so they do have dust residue to their crevices. They remain on the stone plinths which were probably part of an architectural surround or some such.