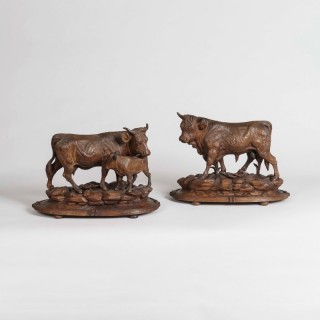 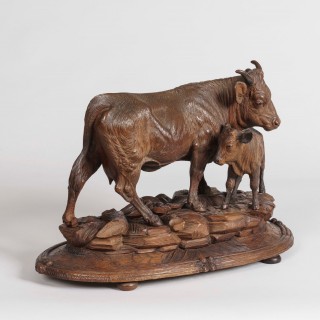 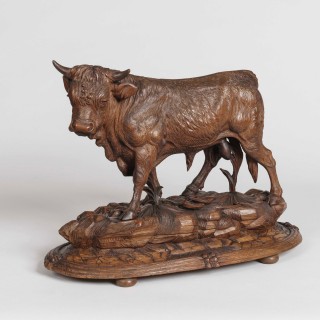 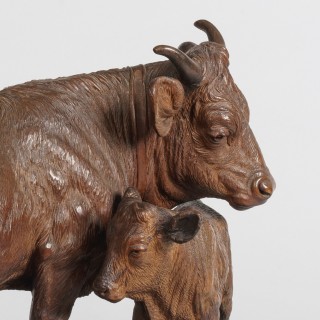 A Pair of Black Forest Cattle Attributed to Johann Huggler

A Pair of Black Forest Cattle
Attributed to Johann Huggler

Johann Huggler was a renowned carver and was very highly regarded within the trade, becoming known as the “king of carvers.” He became an informal spokesperson for the carvers of Brienz, and eventually convinced the Schnitzlerschule school to participate in the 1893 Chicago World’s Fair. Huggler specialized in cattle, and exhibited at the Chicago World’s Fair 1893, Paris Exhibition of 1900 and St Louis World’s Fair 1904.

Brienz, in the Bernese Oberland, Switzerland was remarked upon in Baedeker’s Travel Guide, as having a population of 2400, of whom 600 persons were employed as woodcarvers, to supply the tourist trade to Switzerland with mementos of the tour. A museum devoted entirely to the art of wood carving may be visited today.

A Pair of Black Forest Cattle Attributed to Johann Huggler