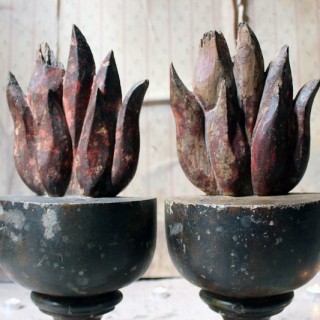 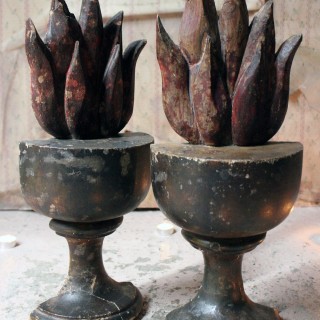 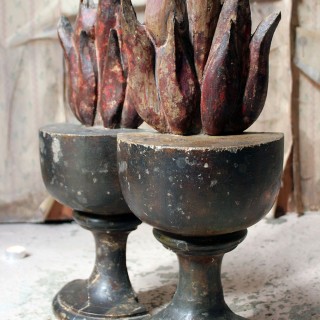 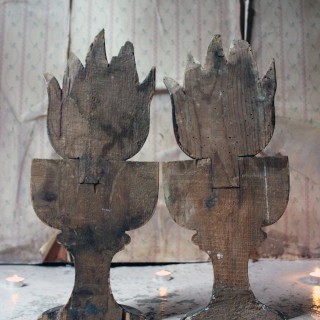 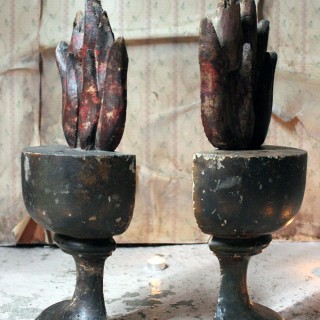 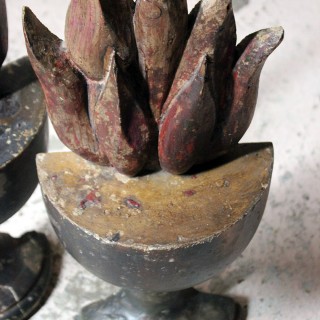 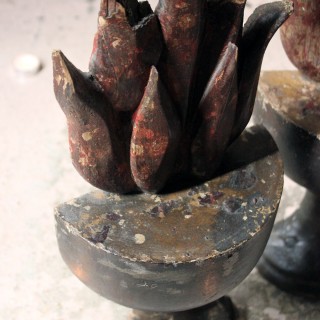 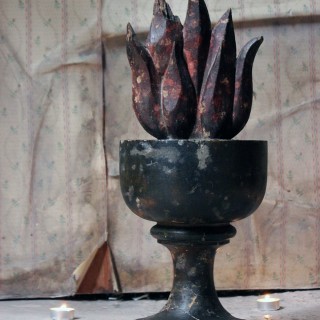 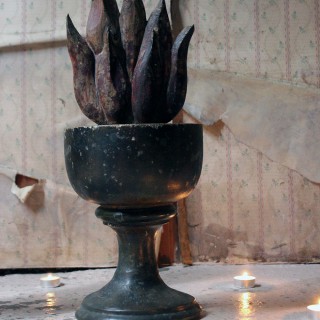 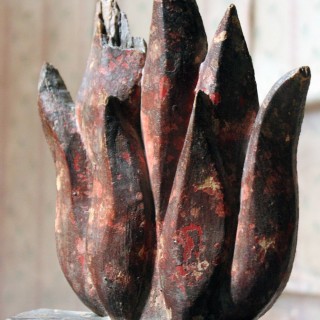 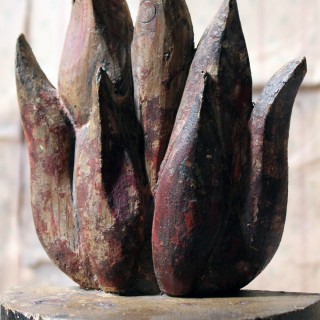 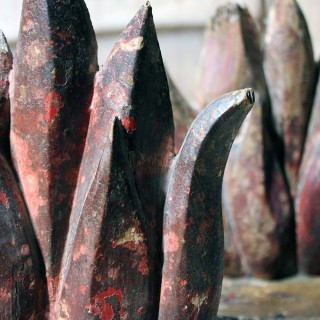 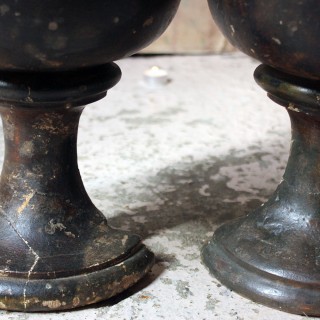 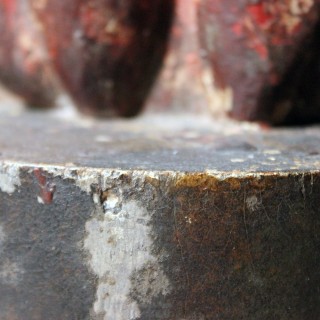 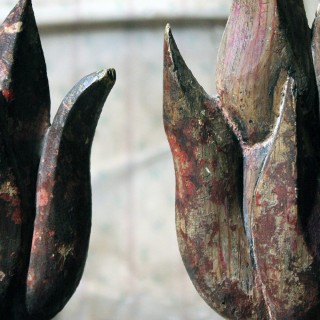 A flame is widely accepted as a symbol of eternal life. An eternal flame at a war memorial symbolises a nation’s perpetual gratitude towards, and remembrance of, its war dead. In Paris, under the archway at the Arc de Triomphe, there is the eternal flame which has burned continuously since 1921, in memory of all who died in World War I.

The idea of an eternally burning fuel source was much discussed in past ages, especially in medieval times, and it was controversial to say the least. For some this was clearly the work of the Devil, or of some dark mystic arts, but others were more willing to try and get to the bottom of the mystery.

Great to find a pair, making them perfect on the mantel piece with which to frame other pieces.

The carvings have distressed paintwork and losses to the flame ends as photographed with one carving having a hairline crack to the base. They have not been overpainted or cleaned.