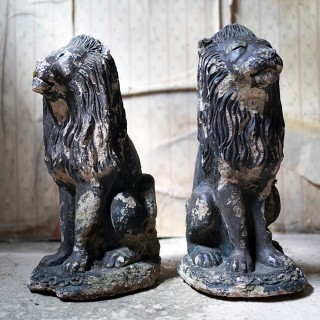 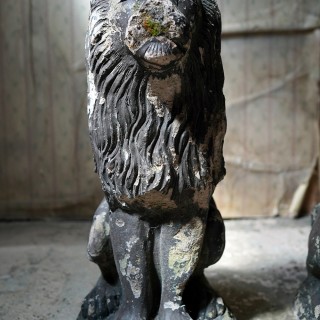 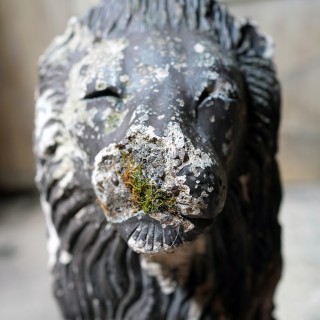 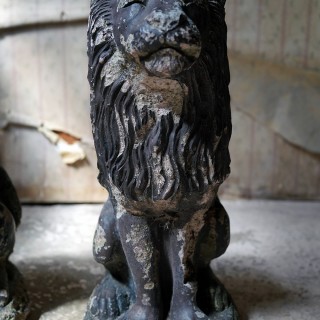 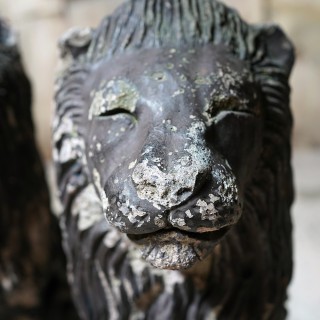 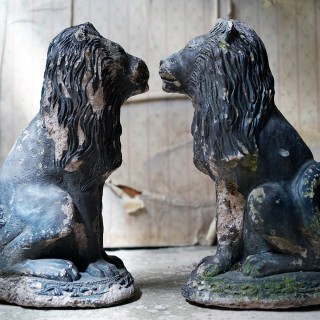 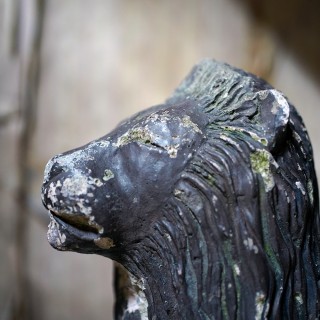 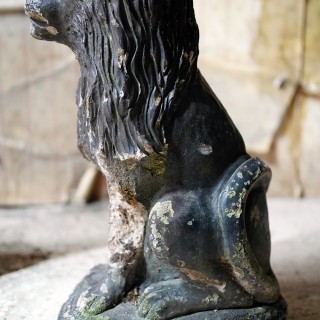 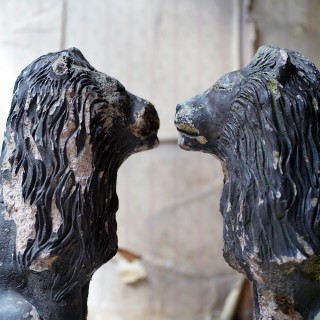 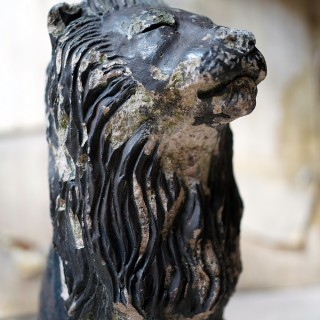 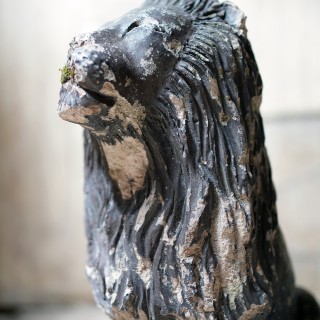 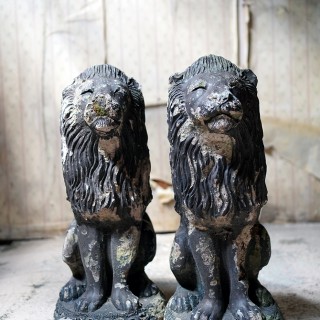 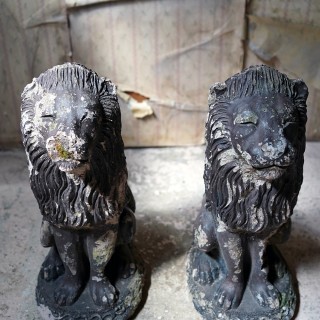 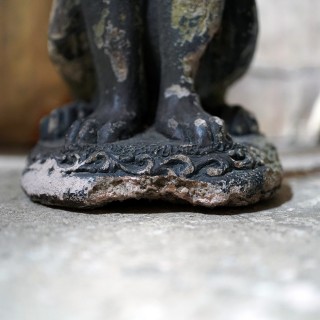 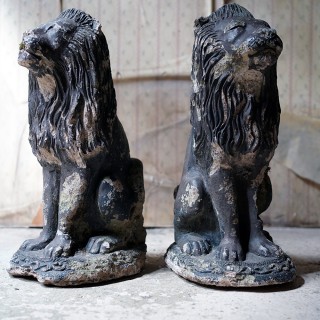 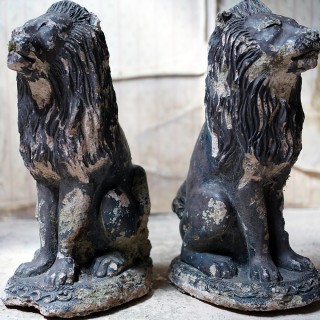 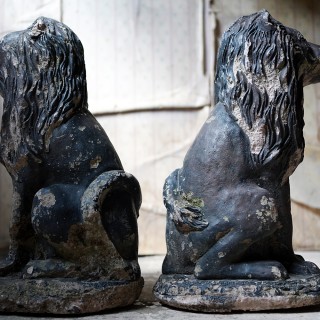 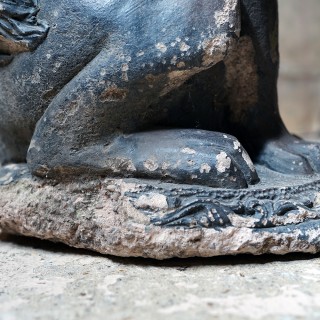 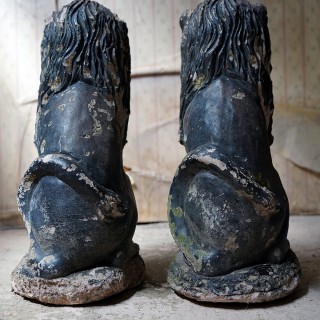 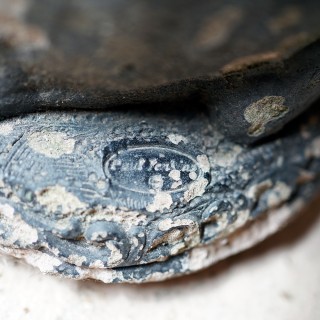 The stylised reconstituted stone lions, sejant on oval bases, having been black painted, each with contented expressions and scrollwork to the bases and surviving from the second quarter of the twentieth century.

Probably first deriving first from China, stone lions traditionally stood in front of Chinese Imperial palaces, Imperial tombs, government offices, temples, and the homes of government officials and the wealthy, from the Han Dynasty (206 BC-AD 220), and were believed to have powerful mythic protective benefits. Pairs of lions are still common decorative and symbolic elements at the entrances to restaurants, hotels, supermarkets and other structures, with one sitting on each side of the entrance, in China and in other places around the world. These examples are the English, or European equivalent.

A more content and happy pair of lions you are sure not to find.

The lions are in stable overall order with commensurate weathering to the paint, showing some areas of loss; to a front leg and to the bases, with some charming lichen desposits; please refer to the photographs. The lions were more than likely painted at least forty years ago but wouldn’t have been painted at the time they were made. One has as makers stamp which possibly reads ‘Paul Penkins’ (?).