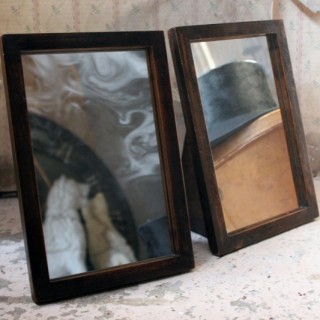 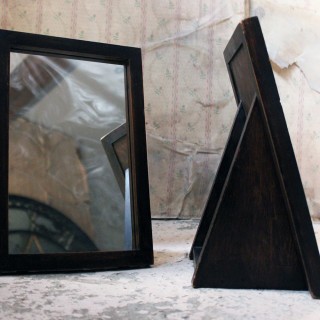 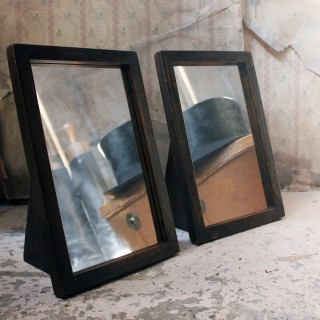 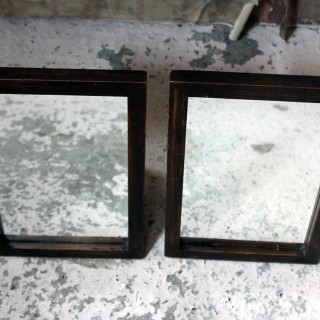 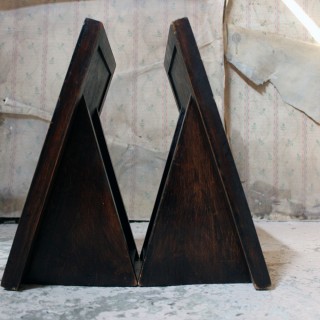 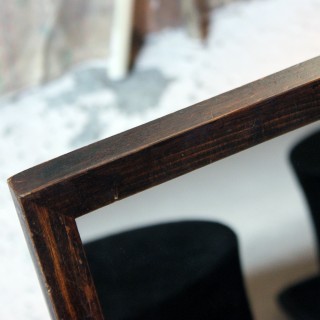 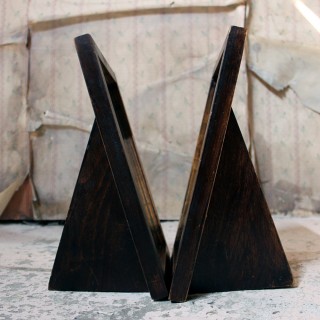 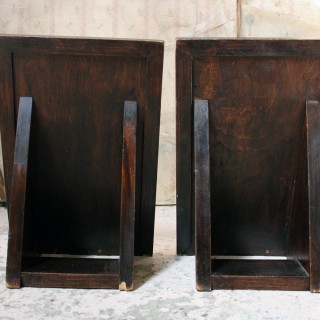 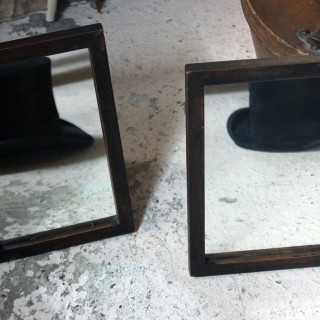 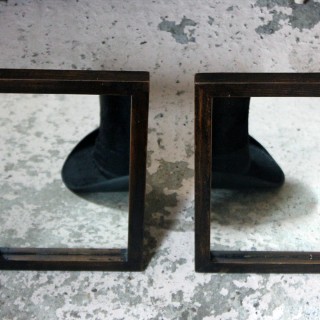 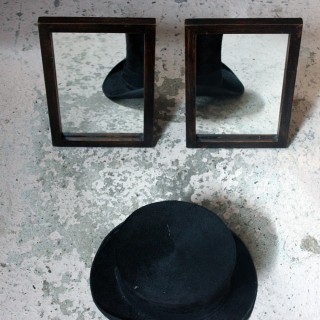 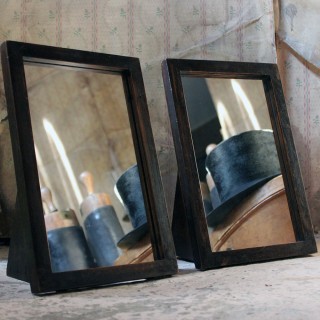 The pair of rectangular oak framed and easel backed table mirrors, to aid the selecting of an appropriate hat in a milliners shop, and hailing from the collection of items removed from the former milliners shop of Annie Gold, 42 Brushfield Street, Spitalfields, London.

Built in the 1780’s, the four-storey Grade II-listed house of 42 Brushfield Street has been home in the past to diamond-cutters, furriers, boot makers, drapers, book-binders and Amelia Gold, an Hungarian Jew who ran a French millinery business. Her 1880’s sign written frontage was still visible across the frontage until recently where it has unfortunately been painted over, much to the horror of locals. In 2000 Ian and Safia Thomas created a unique delicatessen on the ground floor, taking its name from Amelia Gold.

Annie Gold and her husband Jacob arrived in London in the late 19th century as Jewish Polish Russian Immigrants from Eastern Europe. They were one couple of tens of thousands who arrived into Spitalfields during that time, fleeing persecution. Annie set up her shop, a French Milliner; hat makers which would’ve been in good company with the concentration of fabric trade in Spitalfields at that time. In the 1800s there were 65 independent, small businesses along Brushfield Street. They included a watchmaker, furriers, confectioners, cheesemonger, a fried fish dealer and an undertaker. Annie and Jacob were at the property from 1889 to 1892, living above their shop which dates this piece rather succinctly.

Now making the perfect pair for the dressing table or bathroom.

The mirrors are in super condition with no flaws to note. The sliding apertures to the back means one can replace the mirror plates easily if required. The oak has a good colour and there are no losses.