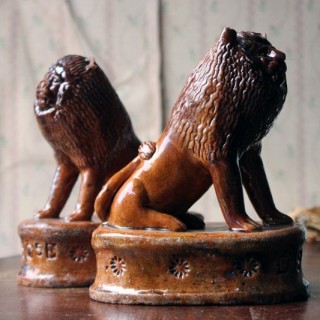 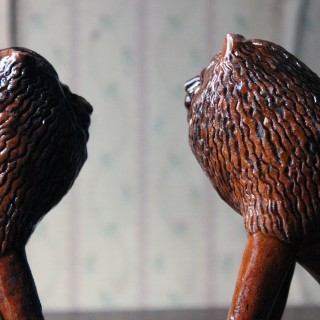 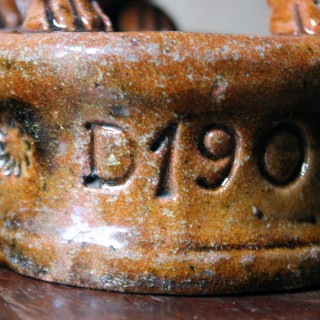 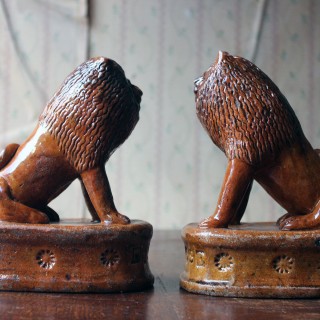 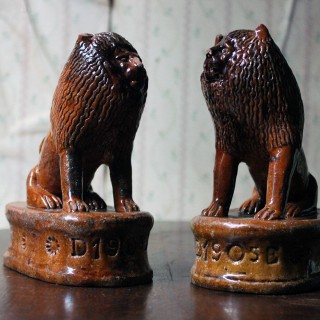 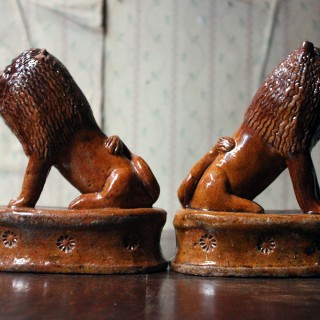 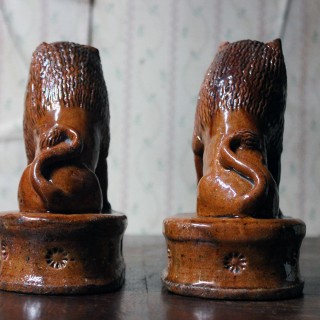 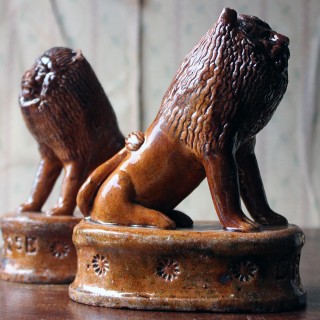 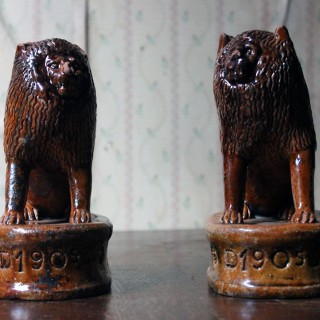 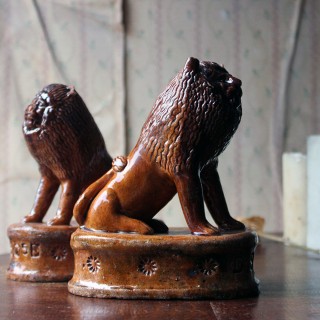 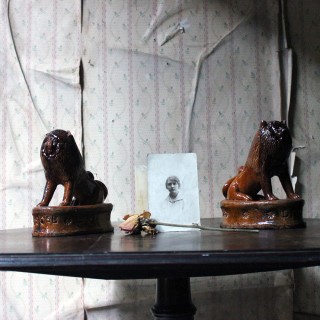 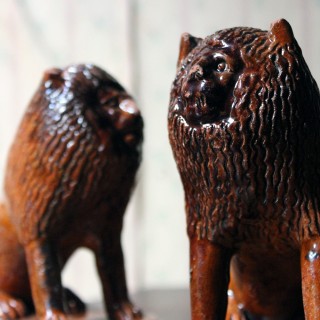 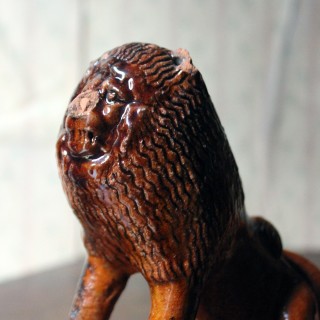 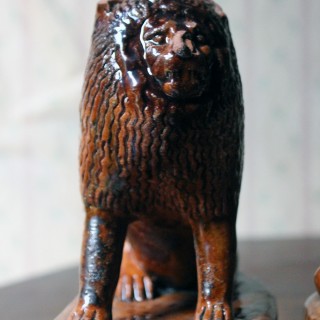 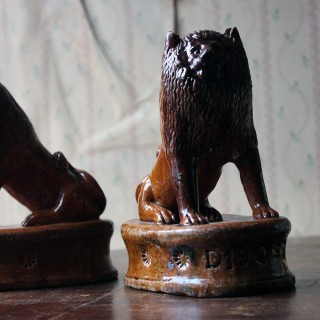 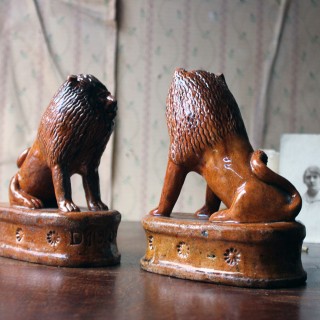 The mark for DE would be the potters initials, and further research may prove fruitful. They would have been made for the mantlepiece and we cannot find another similar pair.

The year 1905 in England saw the first public protest by the suffragettes, the formation of the British Red Cross and aspirin being sold for the first time.

Wonderfully naïve and apparently rather scarce.

The lions are in good overall condition with small chips to the extremities of the ears and snouts as photographed.