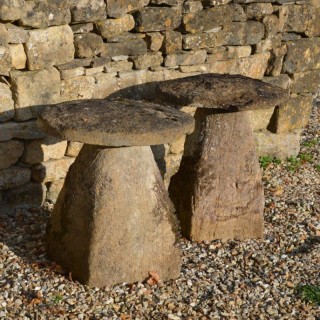 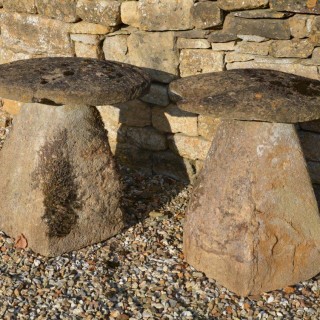 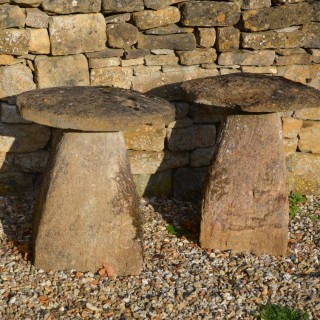 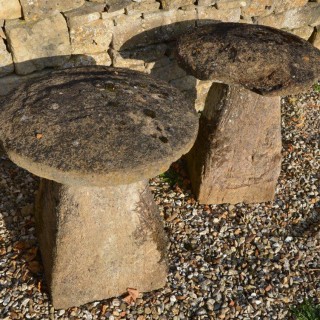 Defined as a low mushroom shaped arrangement of a conical and flat circular stone used as a support for a haystack’, the staddle stone is asked about more than any other item we sell.

Variously mis-described as a mushroom, a toadstool and saddle stone, staddle stones are remnants of our agricultural past. Mainly dating from the 17th and 18th centuries they were practical foundation stones, keeping wooden structures from rotting, with the cap also acting as a barrier to vermin trying to gain access to stores. They lost their usefulness as a support for grain stores and hay ricks during the 19th century with the change in farming practices and the way in which agricultural buildings were used, although photographs do show buildings being supported by staddle stones well into the 20th century.

As with hay carts, shapes of staddle-stones are peculiar to counties and regions. Always carved from the local stone, the archetypal four-sided stone base with circular cap is common to the Cotswolds, however, a conical base would indicate a staddle stone from Hampshire, and I have even seen square caps, this time in red sandstone, from the Monmouthshire region. 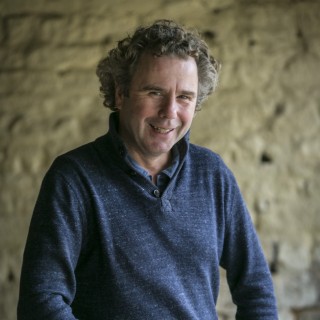