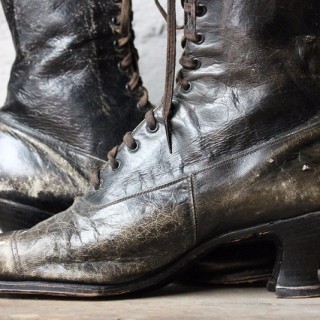 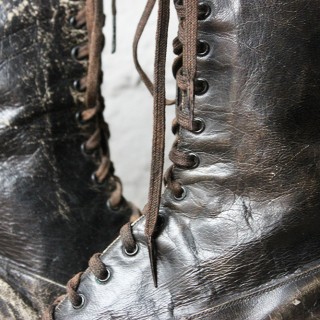 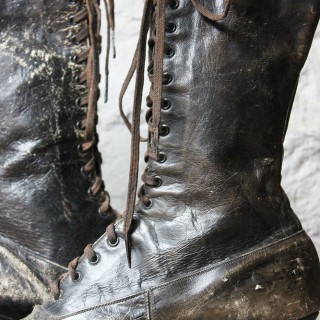 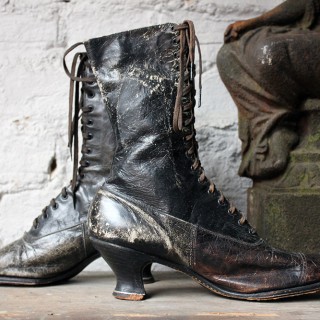 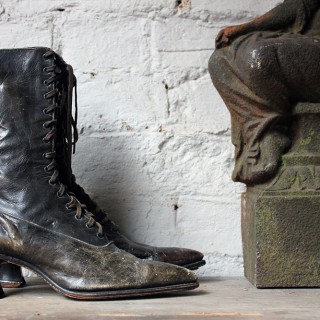 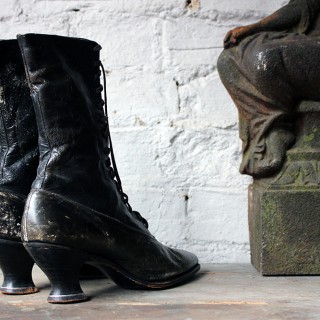 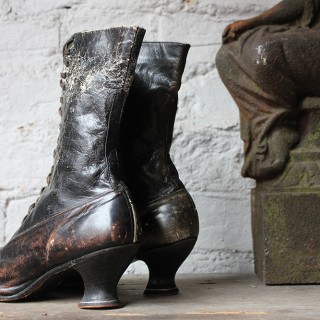 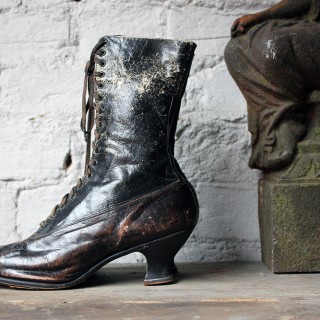 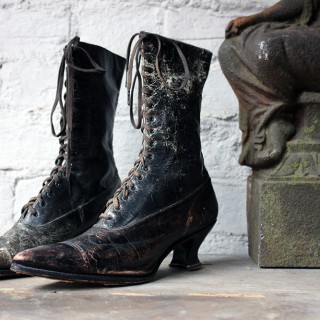 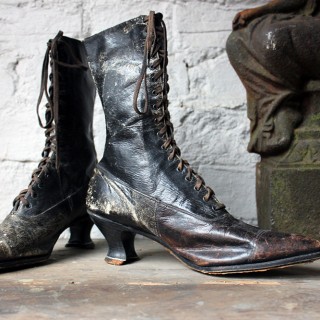 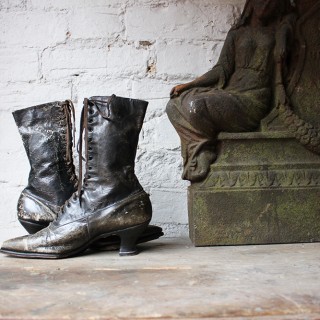 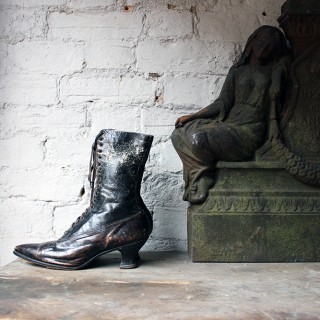 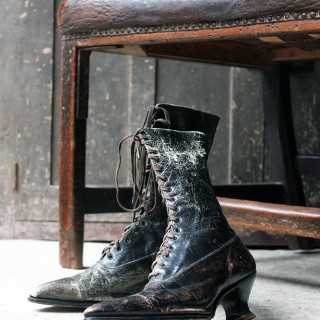 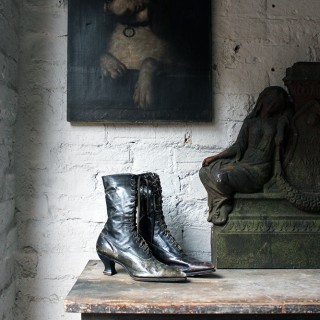 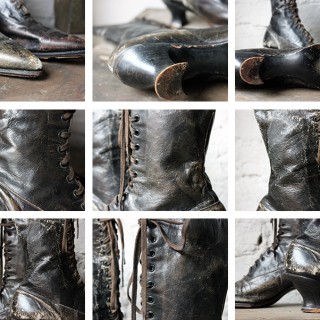 In the early 19th century shoes were made with a right foot and a left foot instead of being interchangeable. Men very often wore boots in the 19th century and it became acceptable for women to wear them too, which is when these would have been made. They would have been incredibly exciting for the ladies (and men!) at the time.

The condition of the boots are thoroughly charming with the leather showing signs of obvious wear commensurate with use and age and they prove beautifully supple. There are a handful of areas that have worn through to the under surface and some areas that are a different shade to others. We have given them a light oiling and they are wonderfully decorative hung up or placed on a shelf. The laces are more than likely original to the boots.