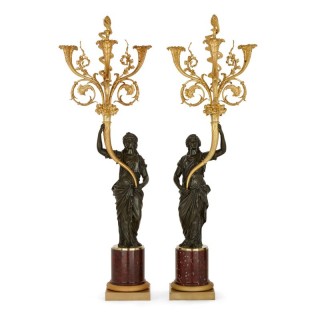 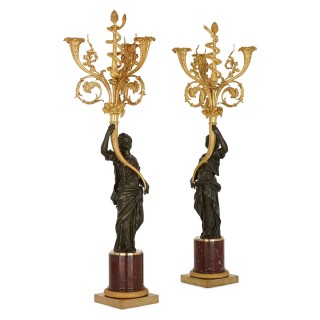 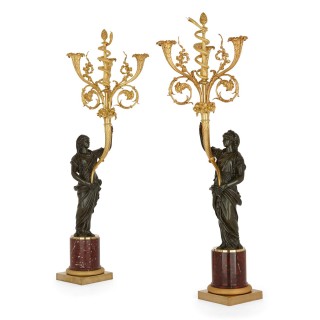 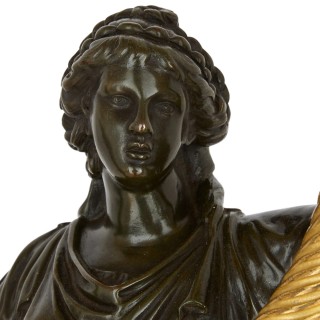 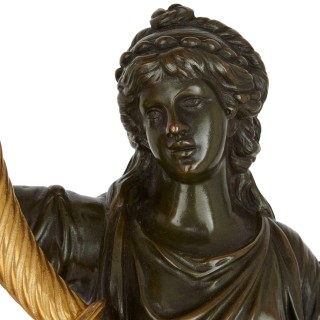 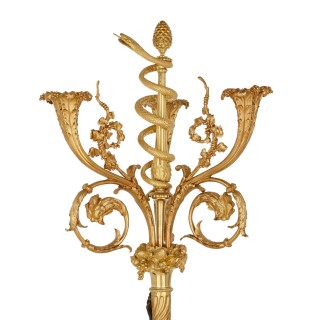 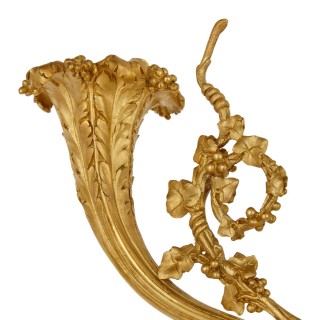 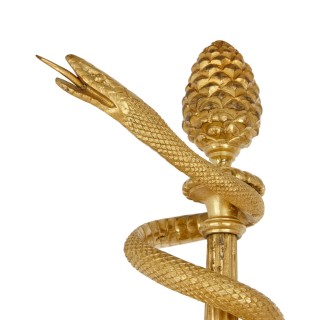 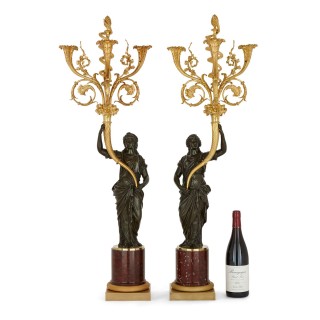 A pair of large French ormolu and patinated bronze candelabra

This impressive pair of candelabra features two Classically modelled maidens, holding above their head an extravagant fruit-filled golden array, which each issue a trio of candle-branches with corolla nozzles, scrolled foliage and cockerel head terminals. The central of each splendid cornucopia is a serpent-entwined fluted shaft, topped with a pine-cone finial, and each maiden, left in the underlying bronze in delightful contrast with their golden loads, stands upon a small marble pedestal. This pair is taken from an earlier model by Rémond, and one of the original pair has been displayed at the Musée du Louvre (OA 5246-5247), after being transferred from the Mobilier National in 1901, previously furnishing the Château de Pau.

A pair of large French ormolu and patinated bronze candelabra