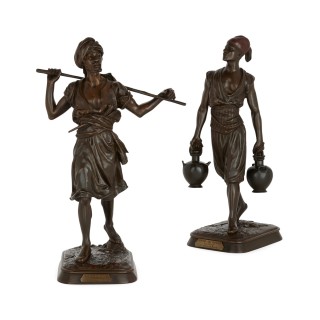 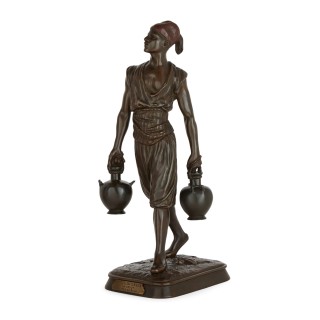 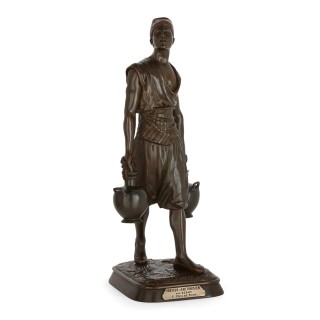 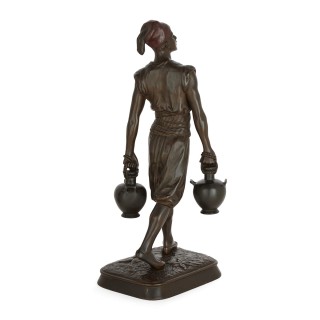 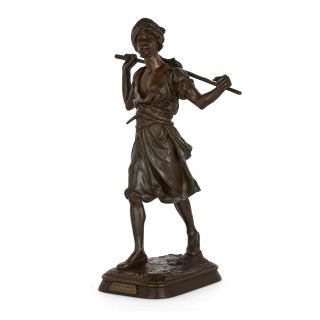 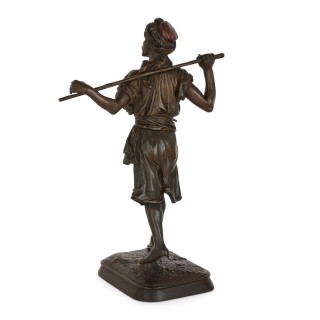 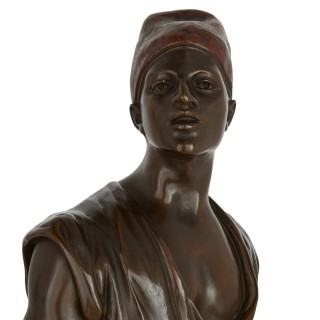 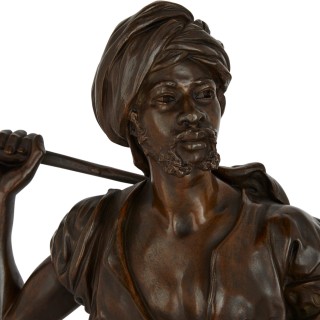 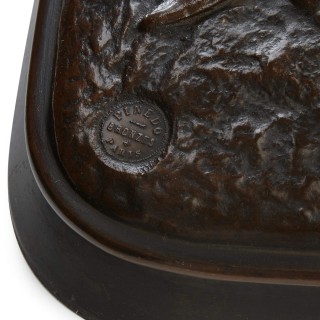 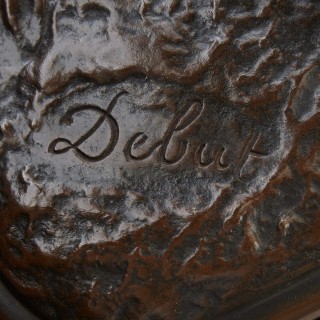 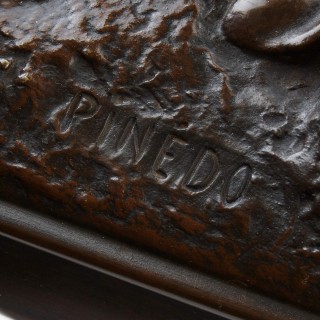 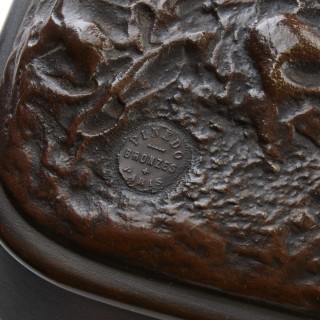 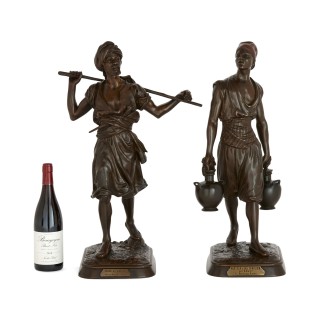 Modelled as an ‘Arabe En Marche’ and ‘Porteur d’Eau Tunisien’, by Pinedo, Emile (French, 1840-1916), and Debut, Marcel (French, 1865-1933) respectively, these excellent Orientalist sculptures were cast in Pinedo’s foundry in Paris in the late nineteenth century.

The first depicts an Arabic bearded man, wearing a turban and robe open to the front, stepping forward in a confident, self-assured manner, carrying a walking stick across his back, with a knife tucked into the sash at his waist. The other depicts a young clean-shaven man, a Tunisian, carrying water in a pair of urns, one in each hand, approaching with a curious, inquisitive mood.

They are both signed for the artists, stamped for the foundry of ‘Pinedo / Bronzes / Paris,’ and bear title plaques: the first, ‘Arabe en Marche, Exp’n des Beaux-Arts, Paris,’ the other, ‘Porteur d’Eau Tunisien, Par Debut, 1′ Prix de Rome.’