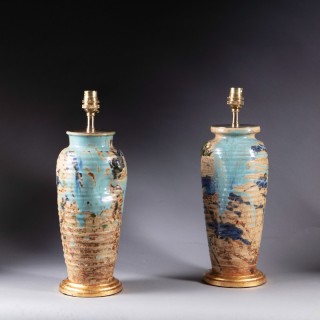 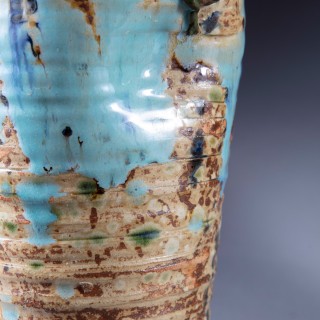 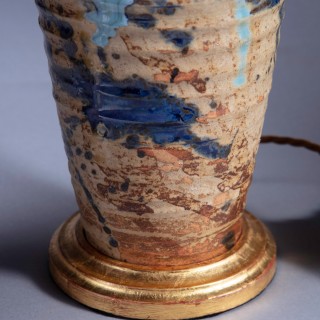 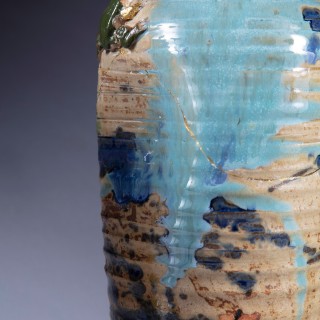 A pair of late Edo Japanese vases now as lamps

A curious pair of Japanese vases which exemplify the concept of Wabi Sabi with deliberate, mannered and symbolic imperfection as exhibited by the glazing and the artificial dents. There is also the traditional gold repairs, Kintsugi on the second vase. Each is decorated with a small frog.

In Japanese culture frogs are considered particularly auspicious. There are many species of frogs in Japan by dint of the ubiquitous flooded rice fields. They often appear in poetry and art, and are sometimes carried as charms by travellers to make sure they return safely much like the European patron of travellers Saint Christopher. The word ‘frog’ in Japanese means ‘return’, which is why the frog is considered a lucky animal and connected to people and things returning

broken misshapen and repaired – as intended.

A pair of late Edo Japanese vases now as lamps