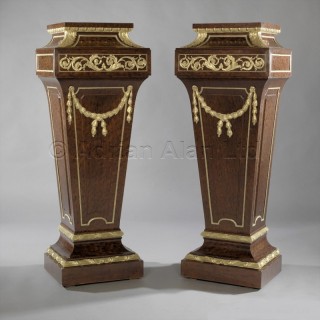 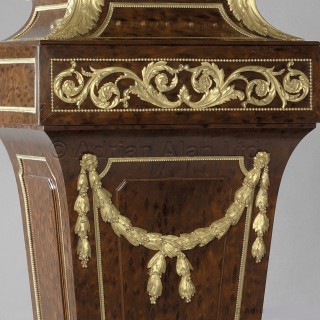 The pedestals are of tapering form with finely chiselled gilt-bronze mounts of bell husk swags and scrolling acanthus panels. The high quality of the workmanship and design strongly suggests the work of Paul Sormani.