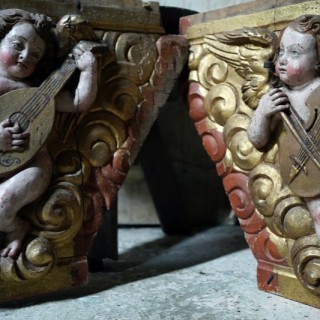 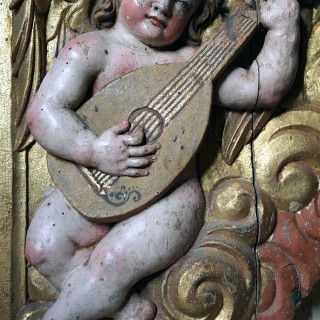 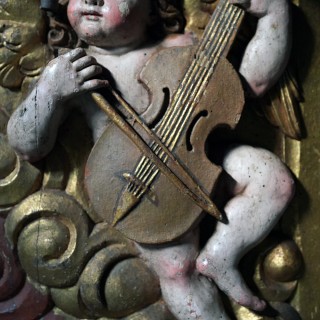 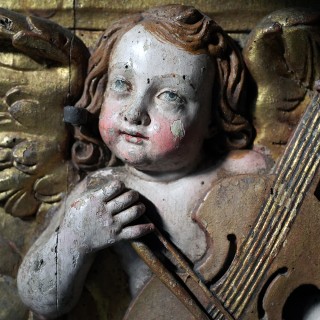 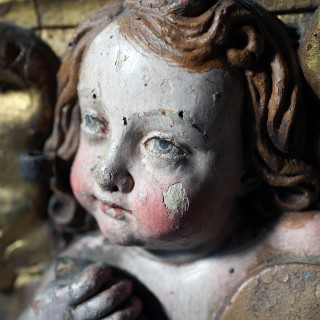 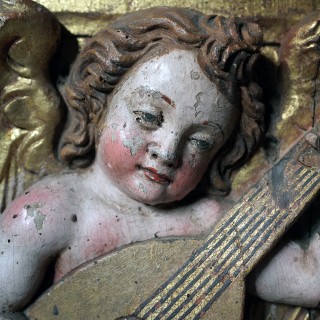 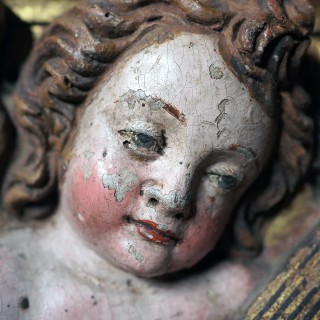 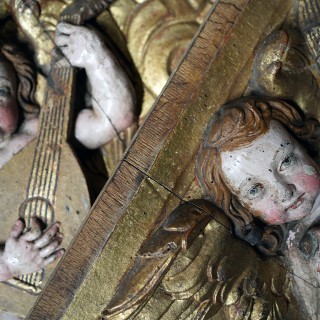 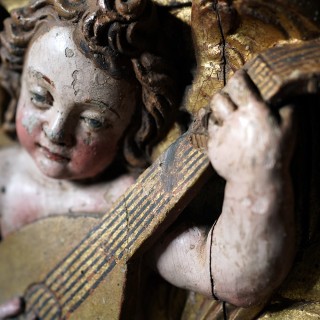 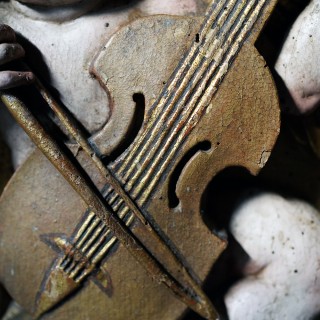 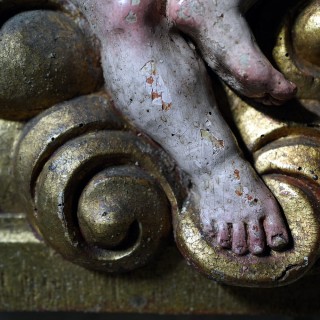 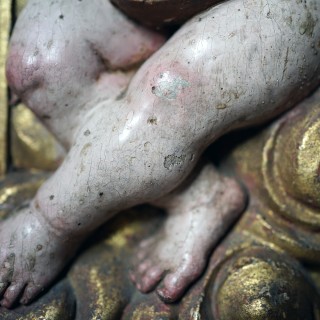 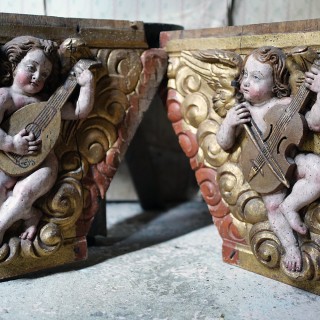 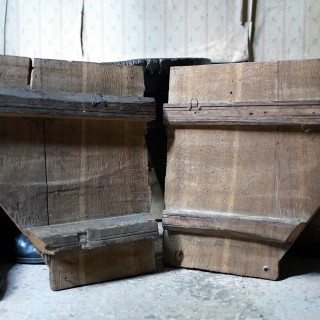 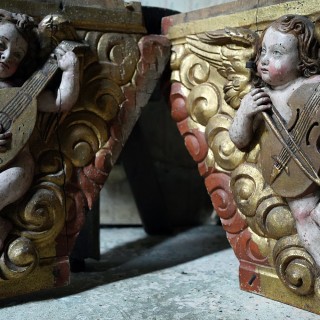 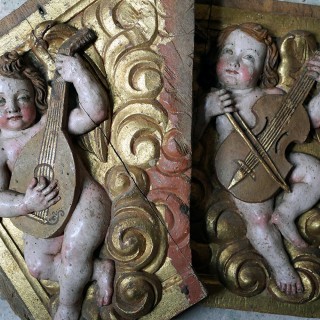 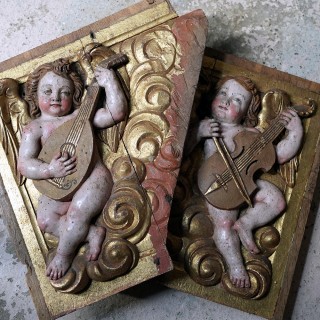 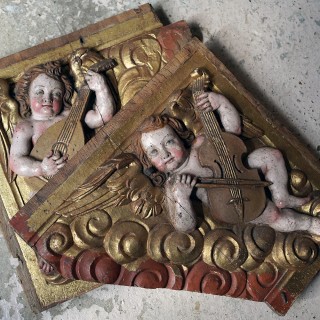 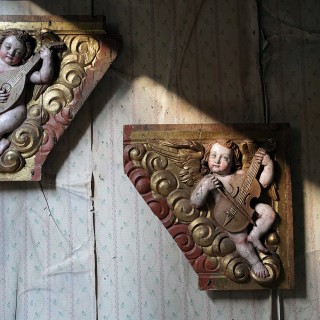 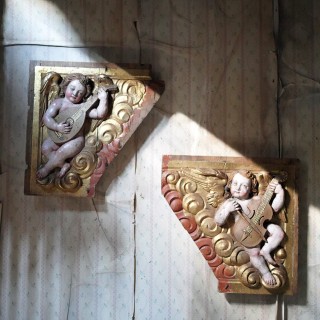 The beautiful polychrome painted soft wood architectural wall carvings of two opposing putti, one playing the banjo, the other the cello, each with gilded wings and to gilded scrollwork, surviving from mid-eighteenth century Europe.

The puttis faces are plump, soft and well rounded, showing rose tinted cheeks and ruby red lips, the whites to the eyes wonderfully well rendered, the curls of hair cascading; the expressions though are more hard to pin down to an exacting emotion, which makes them more alluring, though it is certainly benevolent, they both appears thoughtful, content, yet otherworldly, as though they are recalling pleasant memories as they play. They would have been part of a larger composition, possibly in an ecclesiastical setting.

With the rediscovery of Greek and Roman art in the High Renaissance, so too came the rediscovery of putti, and the immediate confusion with cherubs. Cherubs have a completely different origin, they are angels, described in the Bible as the spiritual beings closest to God. Medieval and early Renaissance art had frequently portrayed angels in and around biblical scenes.

A fine pair indeed with a decidedly festive colour palette and much more attractive than the usual cherub.

There is some minor paint loss, but they remain in remarkably good condition considering the age, with no losses that you usually find to the fingers or instruments. They both display a good patination. Verso there are a later suspension hooks.