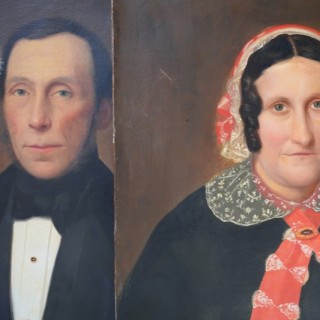 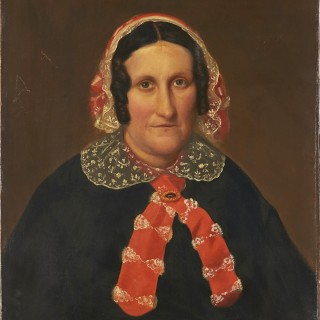 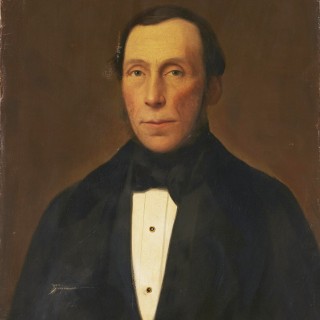 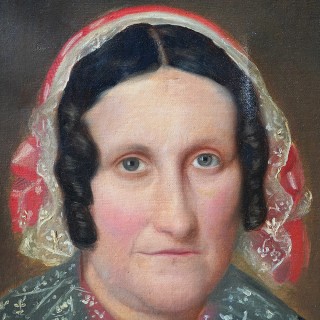 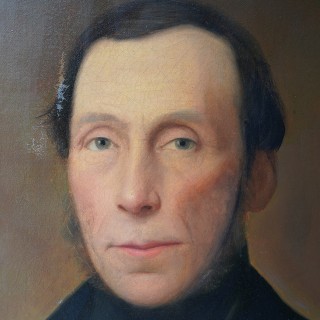 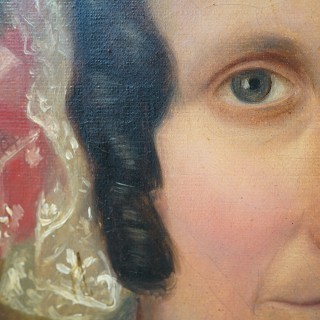 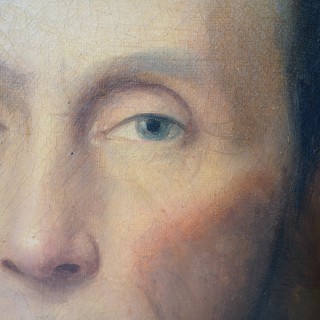 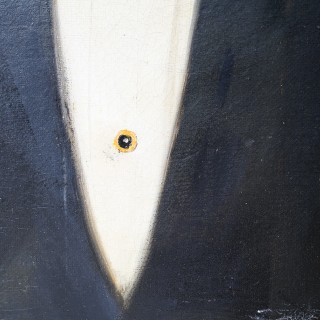 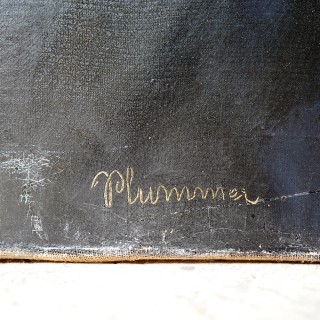 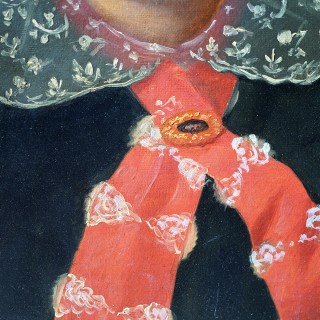 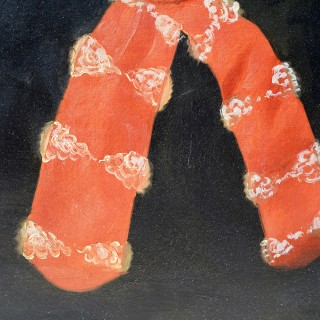 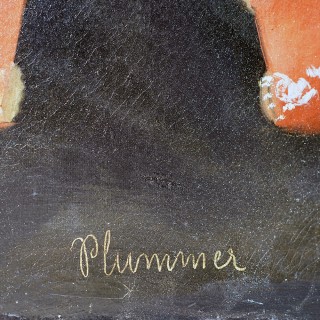 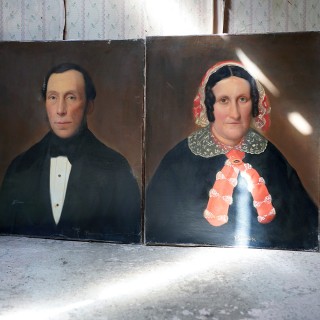 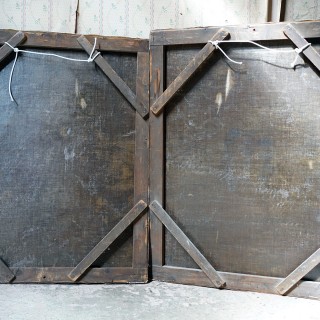 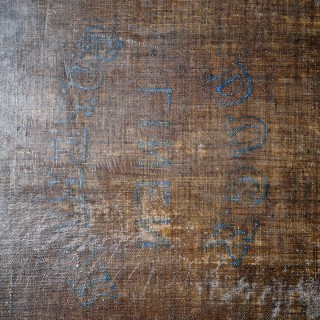 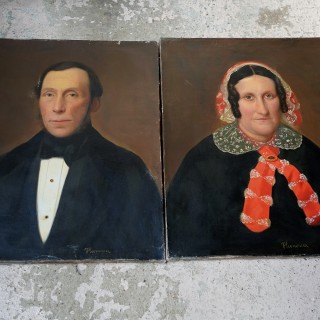 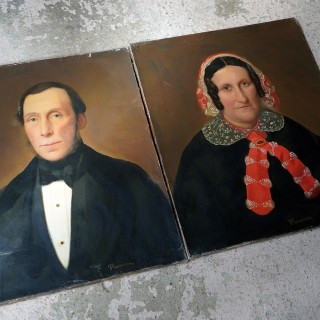 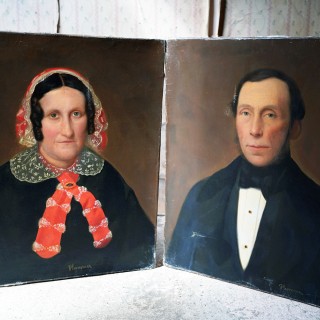 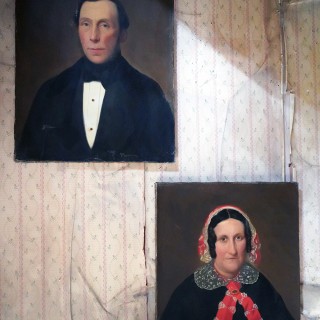 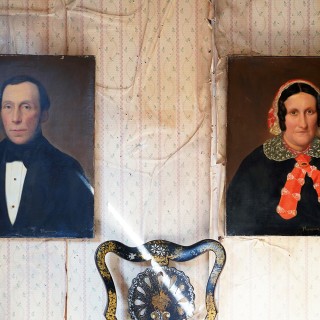 The oil on canvas naïve school depictions of a gentleman and his wife, shown bust length on dark ochre grounds, the lady in a black dress with lace trimmed red collar and bonnet, the gentleman in a black coat with velvet collar, both being signed Plummer for Harrison Lorenzo Plummer (1814-1894) and both presented unframed surviving from the middle of nineteenth century America.

Harrison Lorenzo Plummer (1814-1894) was a cousin to Edwin Plummer and was well recognised in Britain and on the continent in his time. He exhibited at the Royal Academy in London in 1837, 1838, 1839 and in 1845. He was born in Harverhill, Masschetusets but spent many years in Europe where he ‘gained great celebrity’ as a portrait painter. He had two daughters and died at the age of 80.

A scarce pair of works by an artist with a real ability to capture a likeness with elegance and sensitivity.

Both pictures are presented in good overall order, they are both lined and both have with minor scratches and abrasions. One of the canvases is stamped to the rear in blue ink; ‘duck linen super??’.