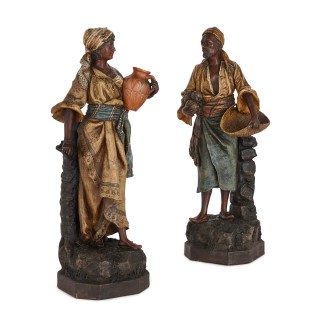 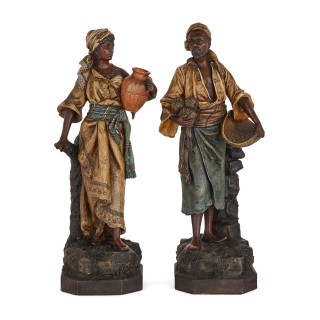 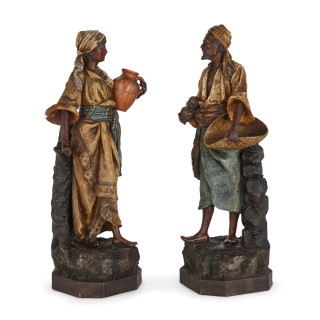 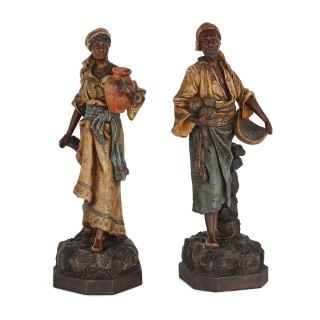 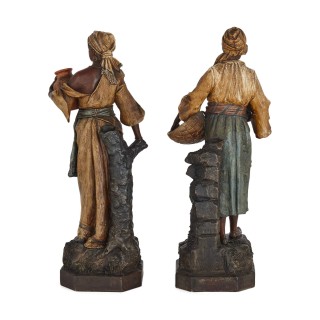 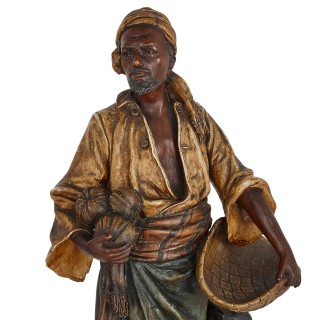 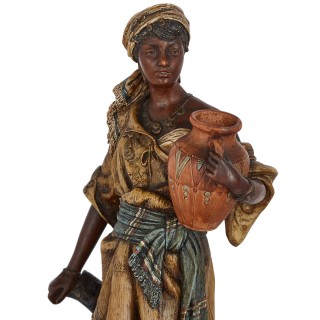 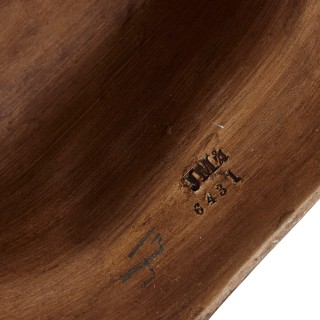 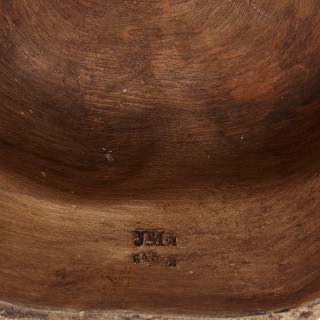 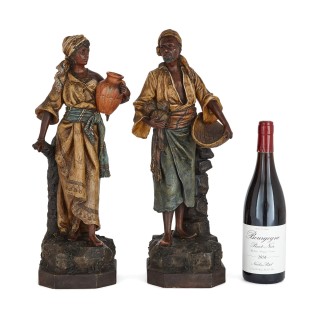 A pair of Orientalist terracotta figures by Johann Maresch

Depicting a woman and a man of similar appearance, age, dress, and in a similarly spritely, lively, and engaging manner, these figures were made by Johann Maresch in the late nineteenth century, c.1880. A skilled Austrian maker, similar in output to the more famous Friedrich Goldscheider, Maresch gave these figures a tangible vitality and energy to their representation, showing them as hard-working yet undaunted and undimmed by their labours. Their manner of dress is similar, even down to the similarities in the colours used to paint them. She carries a bright orange-red urn under her left arm, and he carries fruit and a basket in his. The pieces are marked ‘JM’ and numbered ‘6431’ and ‘6432’.

A pair of Orientalist terracotta figures by Johann Maresch